He looks, acts, talks and cold hard stares like a West Australian lumberjack, a bloke you wouldn’t want to get between and a foaming cold schooner, nor meet in a dark alley after closing time. But in fact Ian Cairns was born in genteel Kew, Victoria, raised at the posh end of Sydney’s northern beaches, and spent barely a decade living in the Wild West, although he owned its waves for much of that time. And his imposing size and manner disguise a mind even sharper than his tongue, and even more surprisingly, he’s a bit of an old softie.

I watched him one day at Makaha, playing with his then- young twin sons in the shallows, flicking them around his tremendous girth and laughing with them as they squealed with delight. Passing by on the way out of the surf, I commented on this softer side of the man. Typically, he shot me a blue steel stare and suggested down his snaggle tooth that I mind my own fucking business. That was about a dozen years ago, when our relationship was enjoying one of its high points. It’s been rockier, believe me.

When Cairns first popped onto the radar in the late 1960s, it was as a tall, skinny kid who could turn his tracker on a dime but looked a bit like a praying mantis. But he got the job done, fearless at big Margarets, un- beatable as a junior, then the same in the seniors. The guy they’d started to call Kanga racked up six consecutive WA state titles, made the Australian team for the 1970 world titles in Victoria, and the 1972 world titles in San Diego, by which time the muscular, six-foot-plus 20-year-old had an international reputation as a power surfer whose arrogant approach to riding big waves was sometimes mirrored in his on-land behaviour.

He was a young man who took himself very seriously, and expected everyone else to do likewise. Or else.

Kanga was approaching the peak of his career when I first met him early in 1975, but sadly for his bank balance, professional surfing hadn’t really begun yet. However, having won the 1973 Smirnoff Pro and had podium finishes in the Duke and the Hang Ten in 1974, all held in Hawaiian waves of consequence, he had the profile to do something about that, and was a founding member of the Australian Professional Surfing Association. This was his passion, and pretty much all he could talk about, and as the new editor of Tracks, a magazine he hated with an equal passion, because it was primarily about drugs and hippies, our initial conversations were interesting, to say the least.

There were light moments. Kanga ate like a pig and was prepared to turn that into sport at Jack McCoy’s Summer House at Bells in ’75, and then back up at the Tracks Rage at Avalon a month later. Man, that guy could eat!

I was impressed with Cairns’ power approach from the first time I saw him compete, but nothing had prepared me for seeing him at Sunset. Hakman and BK had the Mr Sunset mantle, but no one came off the bottom or hit the lip harder at Sunset than the man the Hawaiians called “Ians”.

While Cairns and I were becoming enemies, Peter Townend and I were becoming firm friends. So it was interesting that of the two principal protagonists of the world pro tour – from providing the ratings system for the IPS to helping create the ASP – one liked and one loathed the editor of Australia’s most influential surf magazine. At the time, Tracks was somewhat ambivalent about the future of pro surfing, and I guess I was quite negative about it at times, but what really set us apart, me and Kanga, was the creation of the Bronzed Aussies, in late 1976. 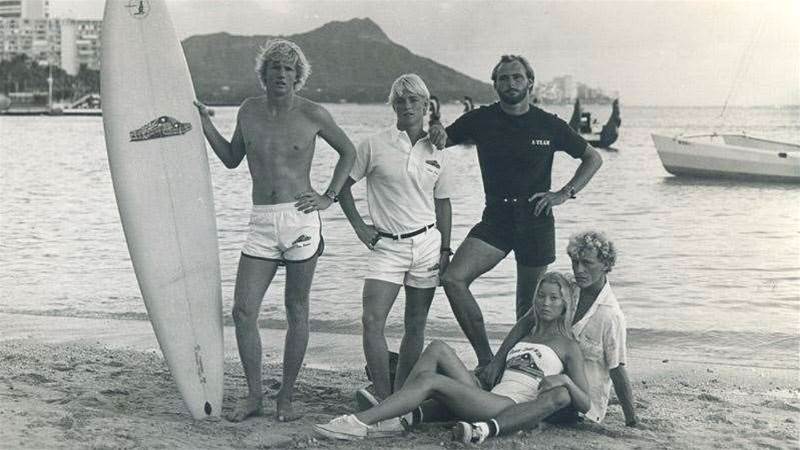 Kanga, third from the left, with the Bronzed Aussies in self-marketing overdrive. (Also pictured: L to R on screen. Jim Banks, Cheyne Horan and Peter Townend.

When sportswriter Mike Hurst invented this scenario, the two guys he sold it to were ranked numbers one and two in the world, under a ranking system that Townend and Cairns had themselves invented, but which certainly stood up to scrutiny. Looking for the trifecta, Hurst tried to cajole world number three Mark Richards to join the troupe, but on his father’s advice, MR pulled out and they settled on number four, Mark Warren. No matter what you thought of the jumpsuits and the hype, this was the best of the best.

But I didn’t get the Bronzed Aussies act from the get-go, and I was probably not too subtle in telling them so. Nevertheless, two of the three originals – Townend and Warren – remain among my closest friends in surfing. Kanga has never been able to forgive and forget my journalistic over-bite, despite the fact that he’s not exactly Mr Mellow himself, and that we were neighbours in Laguna Beach for a few years. I actually thought he was mellowing, but he recently unleashed on social media about how misunderstood he was in Australia, and how that was apparently my fault.

I just want to hug him (metaphorically speaking) and say move on. Why be bitter? Ian’s had a good life since those pioneering days. He has a wonderful second family, is hugely respected in California despite going to the dark side with a new passion for stand up paddling, and he has an ongoing surf coaching career. When it comes to tactics, there’s not much Kanga can’t tell you.

So here’s the rub. Ian Cairns has always hated everything Tracks stands for, and he’s frequently hated me, as a former editor. But I love a lowdown arrogant rebel bastard, especially one that rode out of the West with such fire in his belly. He’ll hate these words, but Kanga, you’re an inspiration! Long may you glare. 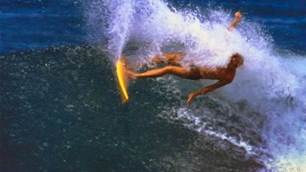 Review: ‘Kanga’ The Trials and Triumphs of Ian Cairns. Vol 1. 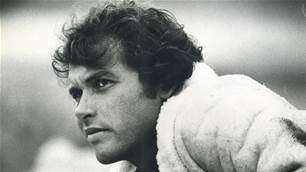