Mick Fanning’s Coach, Phil McNamara on the most professional competitor in surfing.

Mick Fanning likes to be sore from a workout when he surfs in a contest. He thrives on the strategy of overlapping heats at Pipe and has too much mental fortitude to be swayed by Kelly’s mind games. Mick’s Coach, Phil McNamara, knows all this. Phil has played a significant role in each of Mick’s three world title wins. Tracks caught up with him on the beach at Pipeline after Mick won his round one heat and took the next step in his quest to win a fourth crown. In the interview below Phil discusses the nuances of Mick’s Pipe barrel technique, how kicking soccer balls is part of his highly specific training routine and why reviewing footage straight after a session is so important. The interview illustrates the intensity and intelligence behind Mick’s preparation and explains why the most common quote from the other pro surfers on the world title scenario is, “I’d hate to have Mick chasing me right now!”

Do you and Mick try and narrow the focus down to a few key things at this stage so there is not too much head noise for Mick?

As usual, there is a technique that we try to put at the front of mind so that he is occupied with the process rather than the occasion. He has been focussing on a slightly different line on the rights, not pumping quite as hard at the start.

Is that because he wants to extend his time in the barrel?

Just because the wave breathes a little bit differently here … Kirra was the last good right hand barrels that he had this year and you sort of get up and gun it from the start at Kirra but here you kind of wait for it to breathe and then you pump … you’ve only got one chance to pump out of it. It’s just a different timing that Mick has to think about consciously because it’s different to ninety percent of the barrels he’s had in his life.

What about the lefts?

He sort of relies on his South Pacific experience for the left. It’s not ideal; he’s not as refined as John John or J.O.B. But if the wave’s good enough he’ll find a way out of the lefts too.

What were your thoughts on Mick’s winning performance today?

He pretty much surfed a good heat. He hit his goals and stuck to his processes. He probably looked more comfortable than I thought he would. It was very tidy… He didn’t overestimate how many good waves were out there which is hard to do at Pipeline when you see John John going mad. He didn’t need to make a name for himself in round one … He got the 4.8 he needed while he had third priority. But I don’t want you to assume that means he was pacing himself. Nobody is ever really pacing themselves here. If there are nines there he is going to go.

Does Mick have a good strategic approach in the overlapping format we are likely to see in round three?

All Mick’s preparation is about real time scenarios in overlapping heats where at the start you have third and fourth priority. He’s like a chess master in those situations, he’s almost more dangerous then than in a regular heat … If somebody makes a mistake he’ll be thinking about exactly where he needs to be to capitalise on it.

You video all his sessions and his heats and then watch them over together. What are you looking for?

If we capture one of those moments where the technique is right, we’ll zone in on it. There’s a million guys filming him but it’s the video feedback he gets ten minutes after a session that matters. That’s why I film him. If he does something right we want to focus on it.  We’re trying to transform short-term memory and muscle memory into long-term memory. That’s a proven training technique. He’s also watching his boards closely in the video footage.

Last year Mick basically won the world title at Pipe with two classic roll-in lefts. There was a lot of talk at the time suggesting Pipe in the modern era is about being able to free fall from the take-off and knife a rail straight into the barrel. Does Mick have that kind of approach in his repertoire?

… I think the classical approach of rolling in at second reef, bottom turning late and snapping in, is just as valid … It’s a traditional one but it scores well at Pipe, it always has. If there was some controversy last year it was from people that didn’t know the history of Pipe. It’s always been the way to set up … it’s the Gerry Lopez way to set up a barrel.

Would Mick still be aiming to have both approaches nailed?

He’s always looking to get in with a freefall late drop but to be frank he’s not as au fait with sideslipping the tail of a board. He’s come from a power surfing base where as the other guys who do that side-slipping, including Kelly, always had very loose control of their rail, you know they’d let go of their rail at the drop of a hat while Mick has never liked that feeling and at this stage he’s entitled to surf the way he likes.

So you are not going to push him to focus on a new technique at this point? It’s more of a last resort? 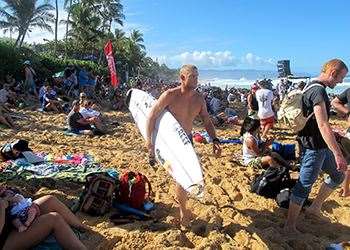 Mick in competition mode today at the Pipe Masters

In terms of the head game there’s been a lot of talk about the fact that Mick and Gabriel are staying in the same house. Some have suggested that’s worked in Mick’s favour?

They’re both very strong psychological humans and I think they like each other enough to not want to play that game. If you do sometimes you light a fire that you can’t put out … It can work against you. It’s better off everybody just enjoying the experience. Mick was in a Red Bull house with Andy once when they were both going for a world title. He went in as the young gun and expected to get lots of pressure from Andy’s crew. Well. If Andy wasn’t going to bring it then Mick certainly wasn’t going to bring it … It’s just not his style and a bit cheap.

What about when Kelly makes loaded comments in press conferences like, he wishes they could have just got down on the mat and sorted things out last year.

It seems like Kelly will take an opportunity to score a psychological point if he can.

I agree, but that makes him feel like he’s got an advantage, it doesn’t necessarily mean he has an advantage. If he didn’t do it he’d feel like he’d missed an opportunity to get underneath someone’s skin but very few people genuinely get upset by Kelly anymore. They’re just, ‘Ah I’ve seen that all before.’ To the point where the injury may or may not exist because there’s been that many injuries at crucial times, we’re not really that phased whether he’s injured or not.

The quad worked for him last year. What’s the logic behind four fins at Pipe. (Mick was riding a 6’2” DHD quad at Pipe in his heat).

As soon as it cleaned up and got a little bit throaty quads are just the automatic go to. Whenever there’s a warble or a chandelier that you have to manoeuvre around he’ll be back on tri fins … the quads are clearly going to make waves better than tri fins they just have that squirt, the down side is that they don’t adjust that well, particularly on forehand waves, to changes in the wave face. Today it was really clean so it was really easy to find where you wanted to just knife in and sit on your line. In fact Mick’s right in the heat, the board was probably a bit too fast, which turns an eight into a seven.

Is Mick still doing hard physical training on lay days and in the lead up or is it about just surfing and staying light?

He does train pretty hard if he knows he’s got a day off.  It’s pretty easy to see when you’ve got a day off from the contest and second guess the director. He doesn’t mind surfing a bit sore and he actually enjoys the feeling of the tension in his muscles. That’s probably a little different to most people, but yeah, he’s doing some heavy sets.

I assume it’s a lot of speed work and fast twitch muscle fibre training for a wave like Pipe?

Mostly it’s power with decision-making tied in with it. So, having to produce explosive movement but at the right time. We always try and tie a timing aspect into his exercises. He does a lot of ball catching and balancing on an unstable platform and then catching tennis balls or kicking soccer balls to get that coordination as well as power also … you’ve got to really be playing the bull fighter here so that when the power is there you match it, but the rest of the time you just skirt around the edges. He’s in very good nick, probably the best nick he’s been for the end of the year. There are no injuries at all or even any stiffness around the hips. 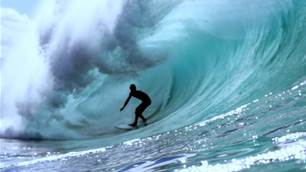 Watch: Behind the Pipe Master’s Bubble with Griff Colapinto 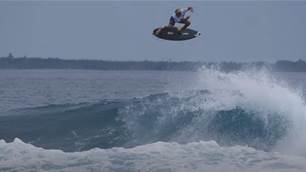 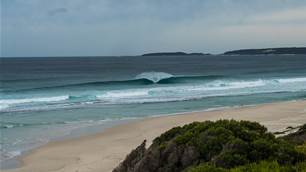 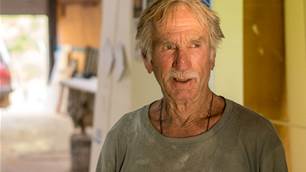