Local knowledge and hometown favouritism is a force to be reckoned with at America’s historical home of bad surf.

Like Simpo in ‘08-09, Kanoa Igarashi has used local knowledge and a smidge of hometown favouritism to claim back-to-back titles at the US Open in Huntington Beach. Igarashi took the win over Californian excitement machine Griffin Colapinto in an entertaining final despite the conditions. Both surfers now move inside the ‘QS top 5 whilst simultaneously holding down decent rankings on the world tour. 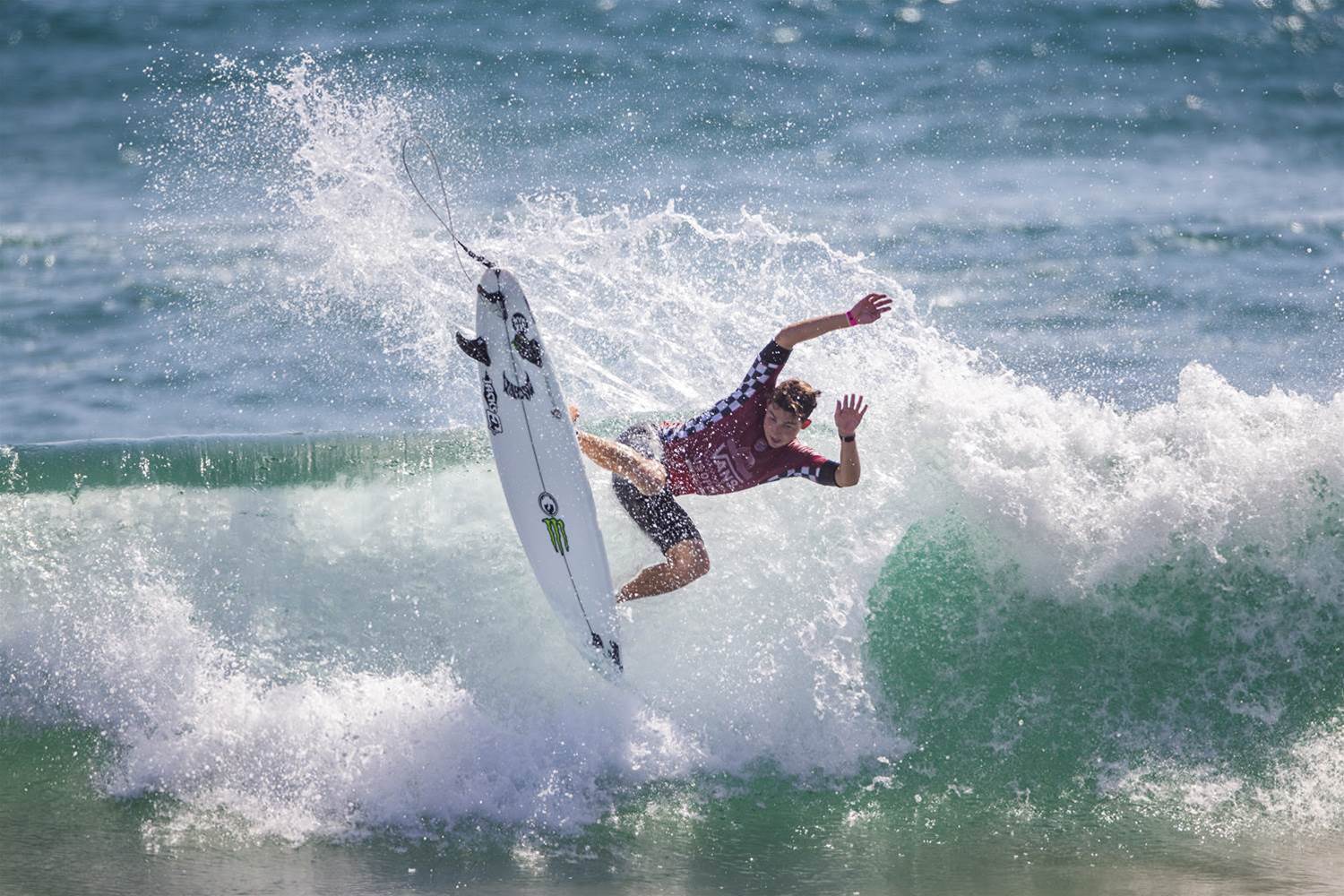 Close but no cigar for Griff, who slayed the place all week. WSL/Morris

Finals’ day treated those who’d survived to the quarters with the best waves of the event. The knee-high dribble of the last week was replaced with fat, wobbly chest-high peaks that at least allowed surfers to connect through to the inside. Far from pretty, it nonetheless showcased how hard Griffin Colapinto can tear absolute rubbish. The kid was the stand-out of the contest. After taking out mentor and fast-becoming-San-Clemente’s-second-best-surfer Kolohe Andino in the quarters—in a heat consisting almost solely of who could do the better blow-tail reverse to air-reverse combo—Colapinto steamed past overscored French campaigner Jorgann Couzinet in the semis and then went blow-for-blow with Igarashi in the final. Clearly the better surfer in the decider, Colapinto’s smooth rail-to-rail transitions and on-lock fins-free game lost out by less than a point in a decision that could’ve easily gone his way had the judges looked a little less favourably upon Igarashi’s bigger set waves and ability to work the local crowd into a minor frenzy.

Nevertheless, Igarashi surfed like a man on a mission, looking destined for a podium finish from his very first heat. The savvy, whippy, somewhat polarising Japanese-cum-American-cum-Japanese surfer easily accounted for Seth Moniz in the quarters before getting a gritty nod over Brazilian warhorse Jadson Andre. In the final he wasn’t as easy on the eye as Colapinto but he was on the biggest waves and that, combined with an approach that started safe and finished progressive, was enough to ensure he once again reigned supreme over his local pier.

‘I paced myself the whole contest and then I just let it all out at the end right there,’ a clearly pumped-up Igarashi told the WSL after repeating what fellow local Brett Simpson achieved nearly a decade earlier.

Speaking of Simpo, the man made a guest appearance in the commentators’ booth during the quarters and was a pleasure to listen to. He’d make a fresh and youthful addition to a team that probably needs a good shake-up.

On the women’s side of things, Steph Gilmore moved a step closer to equalling Layne Beachley’s record of seven world titles by finishing runner-up to a revamped Courtney Conologue in the final. Gilmore was the stand-out in an otherwise disappointing campaign for the Aussies, with only Dion Atkinson making it to finals’ day in the men and none of Gilmore’s fellow countrywomen progressing past the quarters. Reef Heazlewood had a breakthrough performance, however, with the young Sunny Coaster charging all the way from a trials’ win to the round of 16. Hopefully he can inspire a resurgence in our ranks and ensure a few more Aussies qualify for next year’s tour.