John Ogden reflects on his early days with Tracks and his intriguing Grajagan travel partner.

The following is an excerpt from the Tracks 50th Anniversary Issue. Pick up a copy in newsagents for the full story.

... In 1975, inspired by those filmmakers in Angourie and by Neil Davis in Asia, I went to London to study cinematography. At a tripped-out Pink Floyd concert, I was blown away to see Greenough’s ‘Innermost Limits of Pure Fun’ projected above the band. On return to Australia, I enrolled in a WA University to study filmmaking and became the local correspondent for Tracks. At this time. Chris Brock, the Keyes brothers and Robert Connelly were living down the south coast at Margaret River. 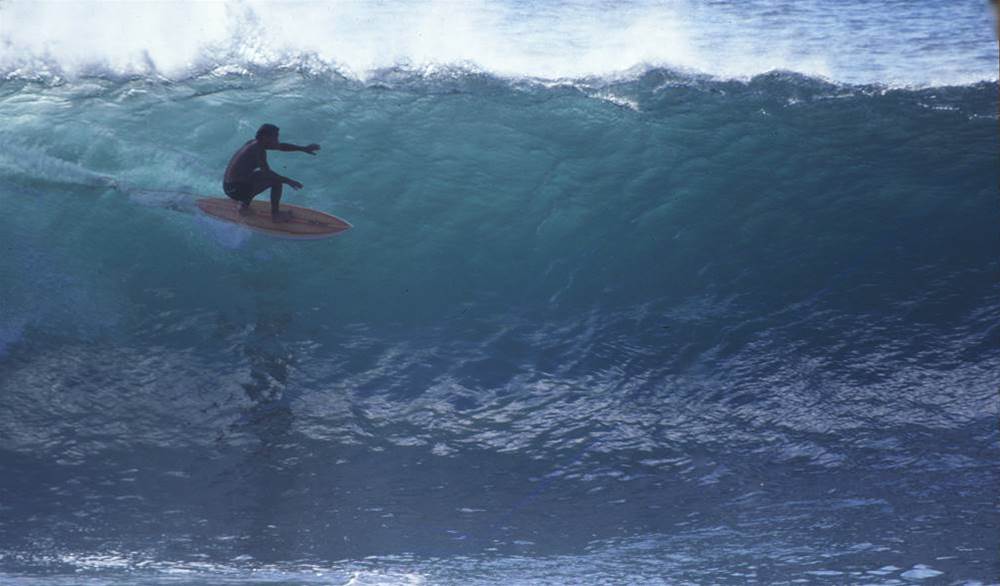 On graduation in 1979, Dick Marsh offered me a job as the water cameraman on his surf film ‘Implosions’, shooting in Indonesia and Hawaii the following year. Peter McCabe, Rory Russell, and Duane Webster were to be core party on the Indonesian leg, where they surfed near empty Padang Padang. Some of the early Balinese surfers such as Ketut Menda and Froggy joined us. 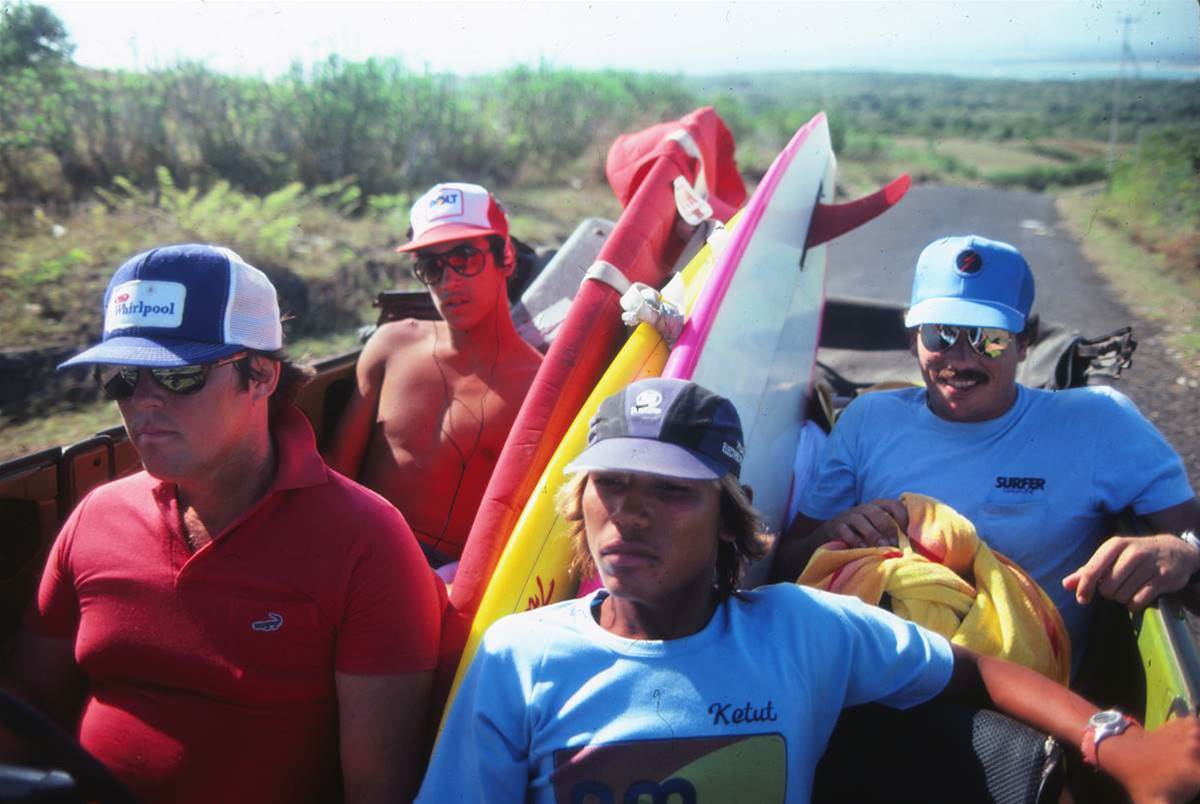 Colourful crew on the road in Bali in 1980. Photo: Ogden

Mike Boyum was still around, and arrangements were made to go to a surf camp he had established at a newly revealed point break in East Java known as G-Land. The actor Bill Murray joined us on this trip. He was in Bali as Hollywood had gone quiet following a writers’ strike. For the next few weeks I sat in the water with the reef sharks filming all the fun. Bill Murray (and the odd curious tiger) kept us entertained at night. 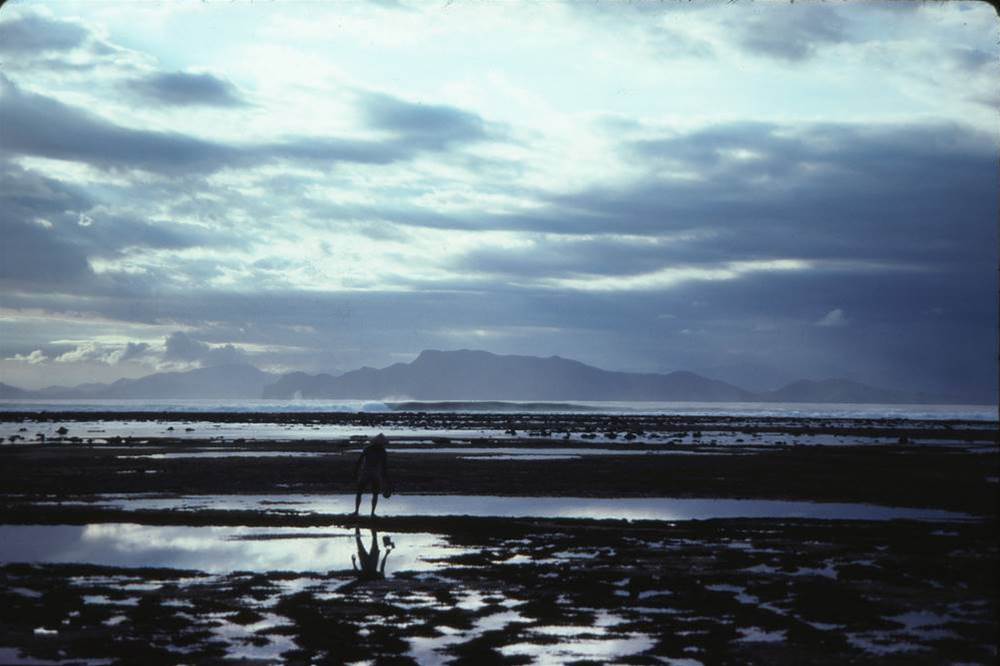 G-land's majestic reef stretches in the foreground while the wave rumbles to life in the distance. Photo: Ogden

Boyum was one of the most awkward surfers I have witnessed, possibly because he was usually stoned or tripping, but he did manage to blunder his way into some impressive tube time. He was also a bit of a star fucker and liked to surround himself with some of the world’s best surfers. There may have been some business principles behind this as he established the concept of a surf camp. After about three weeks of memorable waves we jumped back on the boat to make way for the next guest, a guy called Gerry Lopez. 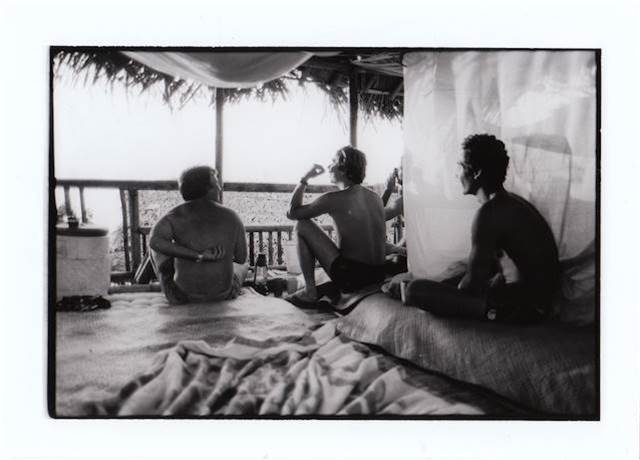 Not long after those early days at G-Land, Boyum upset some Indonesian officials and was told to leave the country. Before he left, he burnt down the treehouses and other facilities he had built there for the camp. Over the following years I heard stories of Boyum getting into scrapes and finally being busted in 1984. After being released, the story goes that he ‘discovered’ an island in the Philippines known as Siargao, or Cloud Nine. It was here that he is said to have undergone one of his epic 40-day fasts, but pushed himself too far and died on his 43rd birthday in 1989. Boyum’s exploits were brought to the screen in the 2009 award-winning documentary ‘Sea of Darkness’, featuring some of the footage I shot during that early expedition to G-Land... 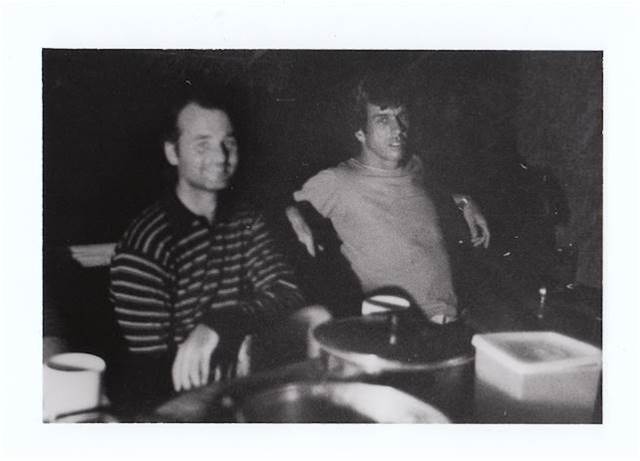