On the eve of the Margaret River Pro, Tracks caught up with the current world number six to talk about world titles, the judges and that heat with Jesse Mendes.

Tracks: What are we seeing from Jordy Smith this year that’s different from previous years?

Jordy: What’s definitely noticeable is the amount of training and effort that goes into each event. A bit more experience I would say, competing a bit better. I think it’s just a collection of all the years of learning and then really applying everything I’ve learnt over the off-season. Obviously the year’s just started, so not a lot has happened. But yeah, I just feel real good and it’s a long one, so you’ve just got to maintain the focus and consistency.

I wrote an article last week after you lost to Jesse where I suggested one of the obstacles to you winning a world title in your career has been an inability to turn things around when the momentum is not with you in a heat. Do you see any truth in that assessment?

Well, in some aspects things have gone with me and then some have gone against me. But it just all boils down to five people’s opinions. It’s the way they see it. I think as far as fighting your way out of a heat, people only remember the ones you don’t win, the ones you sneak through it goes over the head of everyone. Probably because they have the expectation of you winning the heat. I don’t necessarily agree with that but it’s your assessment, I guess.

Do you find yourself getting frustrated easily in a heat when things aren’t going your way?

To be honest, not at all. It’s obviously frustrating when the waves are really good … These days it doesn’t really matter, everybody is such a fricken good surfer you’ve basically got to out-compete them. There’s no more catching the inside waves and trying to turn 5s into 7s. If you’re on the set waves you’re going to win the heat, no matter who you are.

What’s your take-away from that heat against Jesse?

For me, trying to oversurf. My first wave, which you guys probably didn’t see, I took off and it was right at the beginning of the heat and it was a really good wave, and I just had so much excitement and I just pushed too hard. I pushed really hard on my first turn and blew the fins out and then went into a layback trying to recover. That wave was probably the 8.5 or 9 if I’d just connected the dots. I didn’t have to go for a 10, I didn’t have to push the limits. Second wave I went for a turn-floater thing, came down and blew the fins and then recovered. I got a 5.5 or something. And then my third wave was what I believed was my best wave. Came around the corner, did one of the best turns I’ve done all year on the first turn, then finished it. The score came out as a 4.8. So for me, when I heard that 4.8, I thought, well, I really have no clue now what I’ve got to do to get a big score. I tried a few other things. I tried to go for a barrel, the barrel pinched on me. He got a wave and did three backside turns. He got a 5.6, so that became the best wave of the heat. He kind of turned the heat with a total of four backhand turns, nothing too risky. Then he went on that little insider and I was like, if he did it really well, it was probably between a 3 and 4.5. Then he got the little barrel and did a little cutback and got a 5.6. So that became the best wave of the heat. And then I was really puzzled. Then I thought I’m going to post up and get three or four more opportunities and the ocean just went quiet for 12 minutes. Then I had one last shot, and basically the same thing happened to me, I got excited when I saw the wave coming and thought this is my chance. The waves were pushing a little out to sea that day and as I went for my first turn my fins went out the back. I probably should’ve played it a little safer. Those are the two mistakes I look at on my end. Not pushing as hard, just surf the wave for what it is. But nine times out of ten I think I make the wave. If we’re speaking about averages, you’ve got to go for those things every time.

In the wake of that, there was a lot of commentary online about you being repeatedly underscored. Do you believe you get underscored more than you should?

Yeah, I think there are certain aspects of my surfing that I probably don’t make look hard enough. It’s a little too polished. Sometimes when things are so clean and so smooth it comes across as easy. I believe Joel Parkinson had the same thing in the early days, where he would do manoeuvres but he did them with such grace that he made it look so easy and effortless.

Is that something you’re willing to change?

Look, I stick to what I believe is good surfing and I’m just going to do what I think is really good surfing. I think everybody appreciates that. And the reason you surf is because you enjoy what you do. If you just start surfing the way you don’t enjoy then what’s the whole point?

Is a world title still within your reach?

Yeah, is that a question? It’s the fourth event.

But it’s something you believe is in your reach?

Absolutely. I’m going to hunt that thing down to the death.

What’s it going to take?

I don’t know yet, I haven’t got there.

Are there things you’ve taken away from previous years, previous losses, that you’re going to take forward into a campaign?

Yes and no. The ocean changes every single day, every wave, so you’ve really got to assess the situation for what it is and you can’t make the same mistake twice. But the scenarios are so different every time they come up. I think the only thing that deals with it is experience and time. So let’s enjoy it, have a bit of fun. 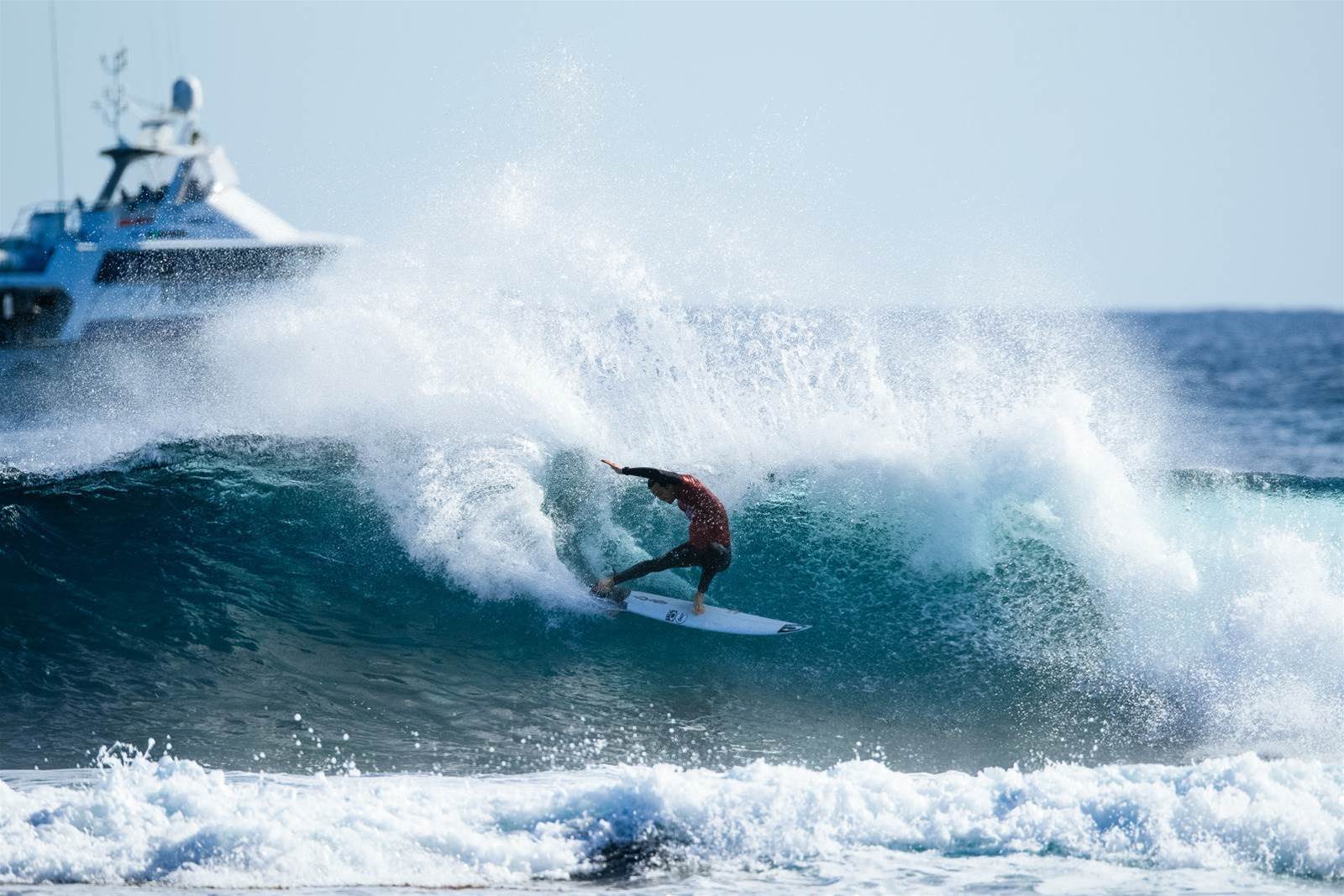 Will you be satisfied with your competitive career if you don’t win a world title?

It’s not the be all and end all, but it’s something you want?

In just over ten years you’ve gone from a rookie to one of the elder statesman on tour. How much longer do you see yourself doing this for?

I see myself doing another eight or nine years. Probably twenty years on tour.

Tell me about the move to Hawaii?

It’s another avenue for me to better my surfing. I think I need to improve backside tube-riding and that’s a great place to do it.

Yeah, so far. We’ve had some great swells over the winter. It’s not something over night that you just pick up, it takes years and years of experience. And it’s not even that I was really bad at it, but you’re talking about the best surfers in the world here, and that’s who you compete against, so you need at minimum to be on par with that. Yeah, just trying to get as much experience at some of the waves, Pipe and Backdoor. Those types of waves, the more you surf them the better you get.

You enjoying it from a lifestyle perspective?

I absolutely love it. 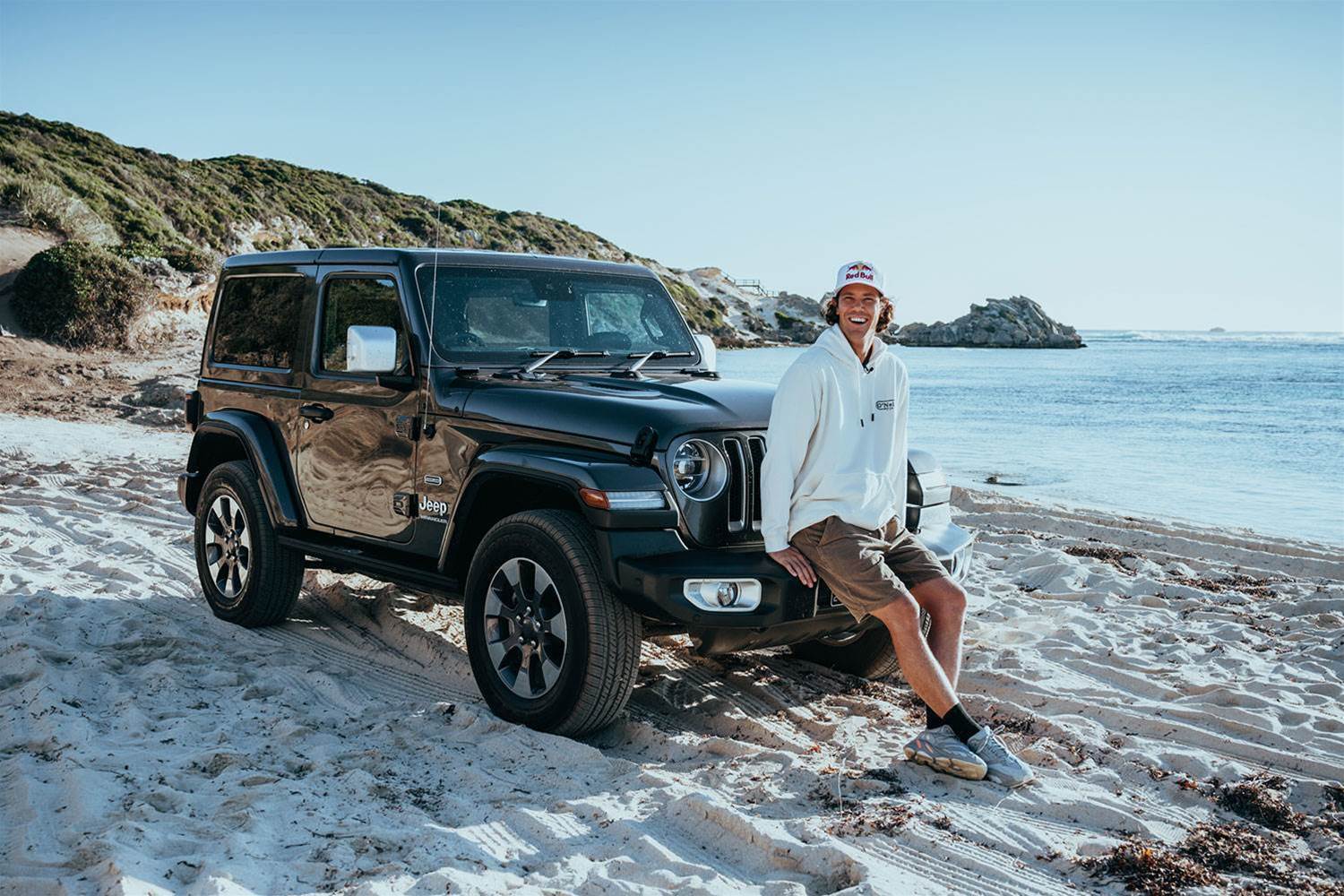 Jordy and his immaculate ride.

What about Margs? What do you look forward to each year about this contest?

Just the big open ocean, a lot of water moving. The different spots that are possible to run in. I really like that.

Anything in particular there that plays into your favour?

No, not really. Like I said, everyone is so good. Obviously I really like big open rights and lefts. It’s probably one of my stronger points, but then again so would’ve Keramas been, but look at that result, it doesn’t mean anything.

Alright Jordy, thanks for me chatting to me and good luck. 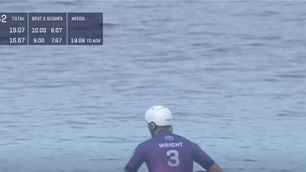