Not only did it blow open the World Title Race for 2019 and push it to Pipeline, it poured nitroglycerine on a social media shit storm. With the waves terrible and a week of flat days ahead, this was just what the event needed. I mean what would you prefer; 18 Instagram posts of Lakey Peterson go karting or Italo Ferreira eating sardines, or Neymar Jnr reposting a global conspiracy about the surfing world order trying to take out his man?

A priority interference has been called on @gabrielmedina against @caioibelli at the #MEORipCurlPro Portugal. With the interference, Caio takes the heat win. @ripcurl_europe @meoinstagram

In the end, the WSL’s response was emphatic if a little late. The long delay between the incident and the decision left a gaping hole which was luckily filled by 18 cubic tonnes of hating, loving, rabid nationalism, priority deep dives and opinion.

Of course, Medina was the first to shit into the trough. His initial Instagram was the catalyst. Now I’m willing to cut him a little slack in that the original footage used by the WSL in the Post Show broadcast didn’t illustrate the total reality of the situation.

Medina, however, used that footage to, uhm, let’s say bend the truth a little. “Caio and I caught the same wave and each went one way,” Gabe said.  “My wave was shorter and his was longer. So much so that while I was back outside, he was still riding his wave.” (Cough, cough, bullshit!)

Now, of course, Medina failed to mention his mistake in not hearing or looking for the priority, which was obviously stated, and focused on the actual priority decision. The inside word is that while the priority judge, Iain Ratso Buchanan, was forced to hide inside his booth for two hours, both he and Renato Hickel were confident that the decision would stand up to any scrutiny. They encouraged Medina to protest through the official channels. 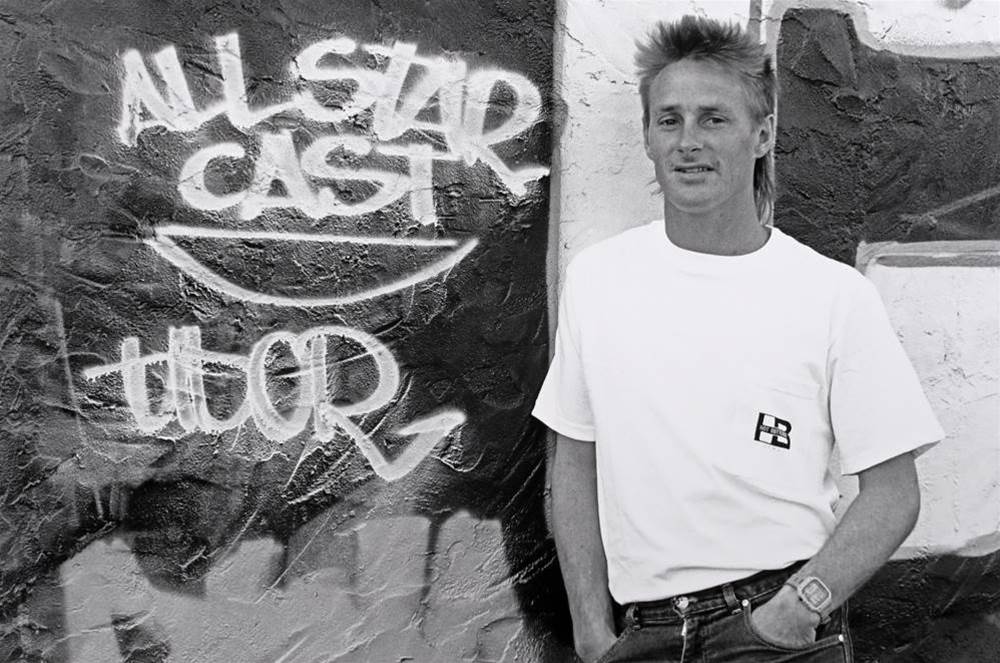 Priority judge, Iain 'Ratso' Buchanan, back when he was a surfer on the pro tour. Photo: Tony Nolan

Of course in the good old days, a disgruntled competitor would come to the tower, offer to dismember the head judge and then threaten the panel with later violence, be it in the local nightclub that night or in a freesurf in Hawaii. After the steam was excreted, however, that would, mostly, be the end of it.

However when a surfer has more than eight million followers on Instagram their perceived slight tends to have a little more staying power than the threat of an uppercut at Rocky Point. So while we can give the WSL a bit of stick for not responding faster, in hindsight it was probably worth taking their time to review all the footage and come up with a clear answer.

“No re-surf. Caio was in the lineup first, further down the beach, and was rightly awarded priority,” was about as clear and direct an answer as could be provided. It was the right approach to address the actual priority decision rather than Medina’s more obvious error in not checking for it.

That news was delivered on the WSL’s daily news show Surf Breaks and at the time of press that post had generated over half a million views and almost 4000 comments. Interestingly or not, Medina is yet to respond to the WSL’s decision or weigh into the other sub-plots that involved death threats from surf fans to Caio Ibelli.

. . 24 hours after a stunning interference call on World No. 1 @GabrielMedina at the #MEORipCurlPro, we have some clarity on what transpired. - @hunterjoness #wslsurfbreaks

Either way it’s now Thursday and Interference Gate rumbles on in a far more entertaining manner than any of the actual surfing dished up at Supertubos. Maybe the future of surfing doesn’t actually involve surfing.

But For Those Who Do Care About The Actual Surfing, here’s a few scenarios

- With Gabriel Medina out of the MEO Rip Curl Pro the Jeep Leader Jersey is up for grabs in Portugal.

- World Number 2 Filipe Toledo will take the yellow again, IF he gets past Kanoa Igarashi in the quarterfinals

- However Jordy Smith and Italo Ferreira can also walk away in yellow. They each need a win in Portugal to take the lead.