Last week Lennox Head’s Jock Barnes rocked up to the Newquay Boardmasters in England, competed in first ASP event in eight years and won the bloody thing. Tracks caught up with the former two time Aussie Junior champion to check where he had been and whether this was the start of a remarkable comeback.

Tracks: How’s it feel to the win the event Jock?

Jock: It feels amazing. I haven’t surfed competitions in a long time. I have still been surfing and been feeling good about it, but I guess through a lack of sponsorship and other factors I had to go and join the real world. It was only this year that I met my girlfriend and when she had heard about my competition history, she encouraged me to go in a few events in Australia and I enjoyed it. I knew that there were going to be some comps on in Europe so I decided to enter a few. I went to Newquay and won it.

You had a serious injury back in 2008 where you feel off a balcony and broke your neck. Was that the end of your competitive career?

Well my last ASP event was in 2007 and when I injured myself I was in Bali about to go on a surf trip to resurrect my surfing career. I had a few sponsors on board, but it didn’t end up that way, I ended up on a medivac flight instead (laughs). But where I fractured my neck I could have so easily been a paraplegic or quadriplegic, so I dodged a bullet.

What did you do in the real world?

Oh man I have done so many different jobs to get me through, but right now I have been focusing on my music. I have been writing my own material and am in the process of recording an EP. Music became my next passion after surfing.

With this win though, are you considering making a comeback?

Yeah, I guess I am, The main thing is I am still feeling as great as ever about my surfing and for as long as I feel my surfing is on the level, I'll try my best to get to any events I can. My time away form competitive surfing has allowed me the opportunity to see the mistakes I had made the first time round and I became curious to see if a new approach would make a difference and It may not have been a six star prime in Newquay, but to come back and win an event so soon actually amazed me, I am stoked to say the least. I guess looking back now I made a lot of mistakes during my WQS career. I look at the guys my age who did well and are still doing well, like Ace and Bede and not only are they incredible surfers but they are incredibly mature in the way they go about their business and their career.

At a young age though it was widely thought that you had the same level of talent, if not more, than those guys. Was there a time when you felt angry or upset that you didn’t have the same success?

Not at all. Look, those guys were just so smart about it and I wasn’t. I look back now and see that I was a young kid trying to learn how to be a young adult whilst also trying to take on the world. And the guys with the talent that can be smart and mature will be the ones that end up succeeding. I really believe that everything that those boys have achieved is astounding and I am hugely proud that I even had the chance to surf against them.

And what are the plans now, any more events?

Yeah, I'll be looking to compete in whatever events I can make it to and I'll be reviewing my options for chasing sponsorship to help me do that. Australia has become a difficult place to achieve that now days, so I may need to look further abroad to make that happen. Aside from surfing, I plan to pursue my music actively and keep writing more songs and performing regularly.

What do you think has changed in the years you have been away?

Well it’s been eight years since I have even looked at competitions and I kind of expected that a lot may have changed, but it was strange to see that a lot really hadn’t. Whilst the youth are the future, it’s not just a young man's game anymore. I don’t think the sport of surfing has drastically changed that much and I don’t think my surfing has declined either.  Most importantly I have had some really supportive people behind me that have encouraged me the whole way. I’m not out there to put pressure on myself or prove anything, but what is exciting is now that I have a different mindset towards it and I am curious to see what else I can pull off. 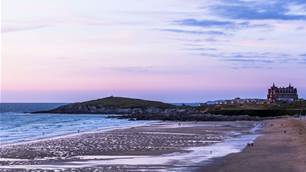