It's good to be free, baby!

Issue 578 is on-sale now. It’s our first hit out as free agents after breaking the corporate shackles. We're now just a bunch of surfers owning and curating the mag, tap-noses dripping onto keyboards as we write stories, cherry-pick the best photos and weave them into an eclectic tome of tangible goodness.

And if you subscribe now, you'll also go into the draw to win not one, but two beautiful new boards, thanks to our wonderful friends at Album Surfboards. Click here to subscribe and go in the draw

Here’s what you can expect from the issue… MASON HO AND THE RIDDLE OF INFINITE FUN

Go foamball-deep with Mason Ho as he and his crew lap Oahu with Hendrix playing loud, while they search for the answer to the riddle of infinite fun. RARE BIRDS
Perhaps getting pitted in the midst of a pandemic is a guilty pleasure, but between the cracks of the COVID nightmare surfers have been scoring. We drop in on Kelly as he roams the Indo archipelago and enjoys isolated perfection with a little help from his friends.  Elsewhere, Fijian locals pool petrol money to rule empty Cloudbreak. Ozi surfers dodge cops to ride a few a city-beach runners and local gal Vahine Fierro threads the wave of a lifetime at Teahupoo. That, and plenty more in our ‘Rare Birds’ feature. Before the COVID curse spread, Alex Botelho and photographer Al Mackinnon chased a hurricane swell to a remote, sand-bottom point in the Caribbean. After driving through floodwaters and fighting off hoards of mosquitos they were rewarded with cerulean-tinted loony tubes. Perhaps the most perfect-looking waves you have ever seen. It’s nice to dream. AN ODE TO MARVELLOUS MARTY

Prolific photographer Martin Tullemans captured surf culture from every angle. Somewhere along the way we have all stared rapturously at a Tullemans image. Two, former Tracks editors, Phil Jarratt and Tim Baker, pay tribute to one of surfing’s most colourful characters. THE STAGE BELONGS TO PAULINE

1993 world champ, Pauline Menczer is back in the spotlight after featuring in the engaging new documentary ‘Girls Can’t Surf’. There’s never a dull moment with ‘Naughty Pauls’. We hear about her side-hustles to survive on tour, the multitude of obstacles Pauline heroically overcame and the flamboyant fancy dress she became famous for. 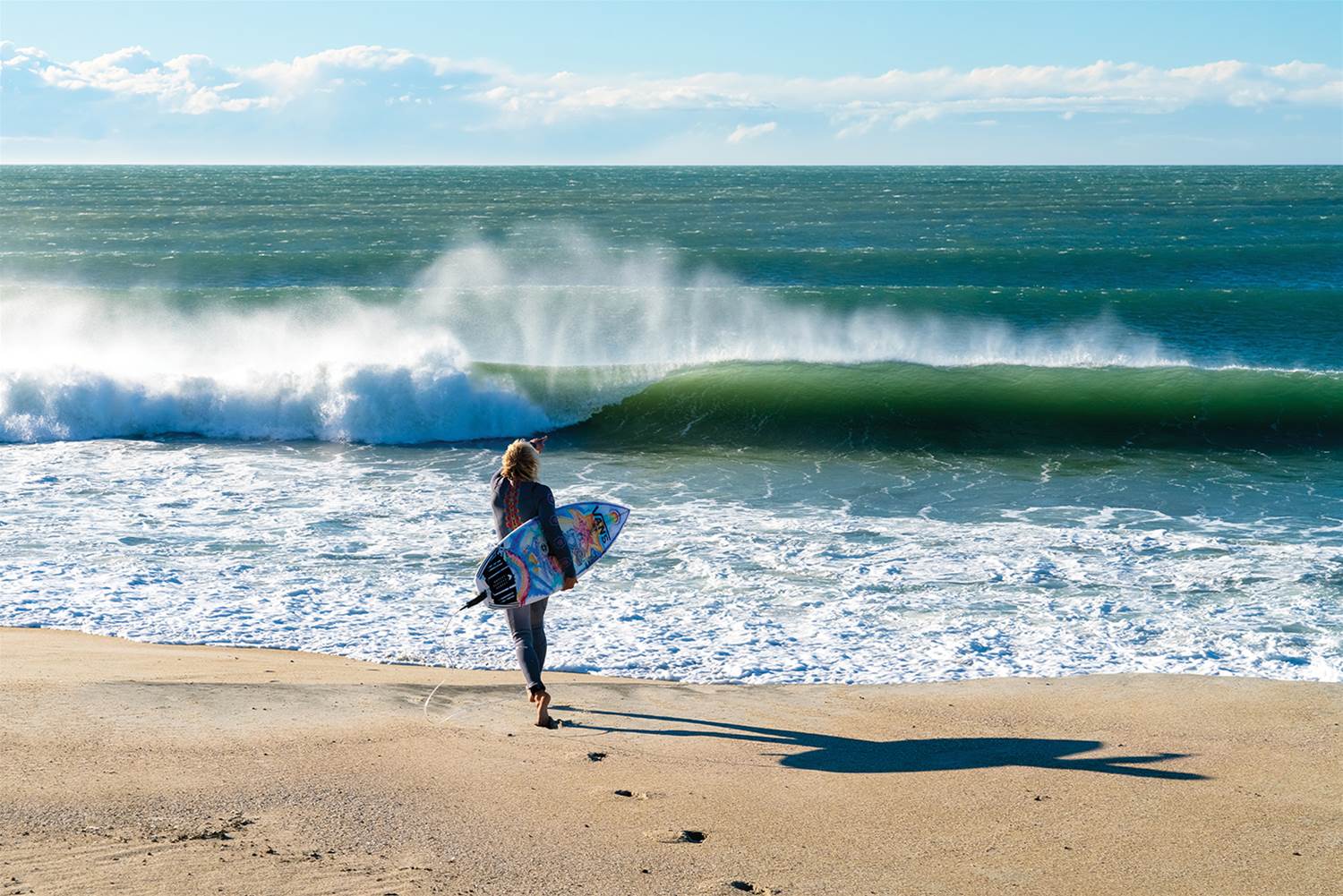 STAY WHERE YOU ARE NEW ZEALAND ... I'M COMING OVER ... EVENTUALLY

Mark McInnis’s New Zealand odyssey will have Oz surfers begging for a travel bubble to be opened up with our neighbours across the ditch. Six decades after he fell under the spell of foam and fibreglass, Tom Hoye is still hand-shaping. He was a twin fin guru in the early 70s but for the last couple of decades he has devoted his time to refining a five-finned model he calls ‘Da Claw’.

We will be doing a few interior renovations to the mag when we re-launch next issue and there are some other promising developments for Tracks in the pipeline. Nothing quite beats the feeling of a fresh issue being hand-delivered in the mail. If you would like to subscribe and be part of an exciting new era of independent publishing for Tracks then click below. Between waves, we’ll be doing everything we can to make cracking the spine on a new issue the next best thing to a stand-up barrel in front of your mates.