But is it really blowing our minds?

But is it really blowing our minds?

Excuse the pun, but this whole Red Bull Airborne business is still up in the air a bit, isn’t it?

On the one hand it’s awesome to see guys like Chippa, Mitch Parkinson and Harry Bryant trading waves and good vibes with Italo and Filipe and the gang, but on the other, you can’t exactly say the airs you’re seeing are any better than those you’d see in a standard tour event.

And at least in those you get to see surfers gouge the eyes out of the waves in between punts, not just race down the line looking for a section that more often than not doesn’t eventuate.

That’s how it’s gone in the first two versions of the contest anyway.

And despite the freesurfing air specialists, both events have been won by guys on the CT.

Italo took the cake this time, and behind him, four of the other five finalists were also competing in the Quikky Pro.

Mitch Parkinson was the sole freesurfer—though you’d hardly call him that—to make the final, and he acquitted himself well, throwing down a handy backside rotation that saw him finish fourth behind Yago, Reef Heazlewood and Italo. 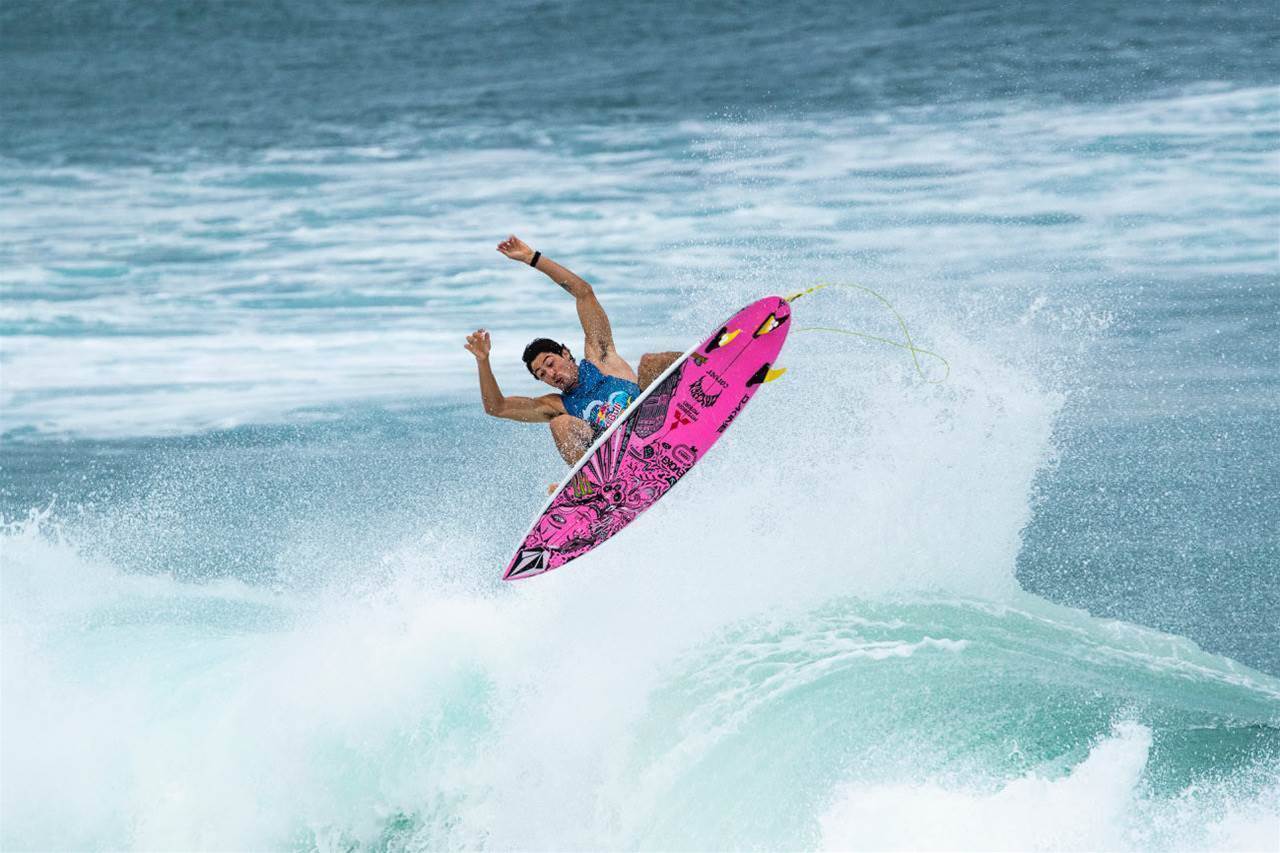 Italo landed a couple of sure-footed rotations to take the win—good airs by anyone’s measure, but nothing we haven’t seen him do in competition.

Reef probably should’ve won, stomping one of the big boned-out straight airs he’s quickly gaining a reputation for, but you couldn’t crucify the judges for not giving it to him.

Yago landed an air-reverse he could do in his sleep.

Filipe landed one he could do in a coma.

Most of the time guys just raced down the line and didn’t find what they were looking for.

Which is interesting from the perspective that even the best guys in the world have a hard time sticking their tricks sometimes, but it doesn’t exactly make for riveting viewing.

Maybe it’s still early days. Maybe we just need conditions to come together for these things to really live up to their potential.

Or maybe the best airs happen either in the intense heat of competition or in the pressure-free sanctuary of a real freesurf, not in the strange netherworld between.

But who am I to talk?

I can’t do an air to save my life. 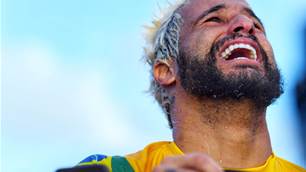