Boardriders clubs to host events this weekend but everyone is a little twitchy.

It’s a disturbing and somewhat confronting sight; an aging fishing boat a few hundred metres offshore with a large, dead shark dangling from its winch.

Eventually, the shark is too big to be held fully aloft by the mechanical arm, so its head slouches over the side; jaws clamped into a macabre, bloody-toothed grin.

This was the gruesome image that greeted swimmers and surfers at Austinmer beach on Monday. The capture of three large tiger sharks (bigger than 3 metres) in nets off Austinmer came in the wake of a washed-up whale carcass that attracted several large sharks (including a four meter-plus Great White) to nearby Bulli beach late last week. While there is no unequivocal evidence that the oily-remnants of the whale carcass (which was eventually towed away) were responsible for the sharks captured earlier this week, it’s the common-sense conclusion many local surfers in the Wollongong area are reaching. “There’s definitely a lot of talk and hype around it,” commented Curt Bate, who regularly surfs the beaches around Wollongong. Curt also works in the Byrne surf shop at Thirroul, where he gets to hear plenty of the chatter around sharks. "People are still surfing, but everyone’s a bit on edge; particularly after the weather we just had has made the water a bit murky,” commented Curt.

Curt claimed that some locals were also trying to play it tough by suggesting the sharks were doing everyone a favour by keeping the crowds down.

As it stands the Sandon Point Boardriders club, are scheduled to run a club round this weekend. Sandon is in close proximity to the two beaches, Austinmer and Bulli, which have had all the shark attention in the past week. Apparently a few parents have requested to have a jet-ski in the water to patrol for sharks and quickly evacuate surfers from the lineup if required.

Meanwhile, surfers from Cabarita on the NSW north coast are feeling a little antsy after a sizey Great White hit a foil-boarder at Cabarita earlier in the week. A large white tooth left behind in the board provided the rider with a sharp reminder of how lucky he’d been. The attack came only a few days after the WSL sounded the final siren on their Tweed Coast Pro at Cabarita.

A foil-board shows the bite marks from a large Great White and yep, that's the toothy souvenir the shark left behind, sticking out from the board.

Caba local and Tracks staffer, Damian Martin, had just come from a surf at Cabarita Point when we spoke to him today. “It was uncrowded… There’s not many crew around, it was pretty weird,” commented Martin. 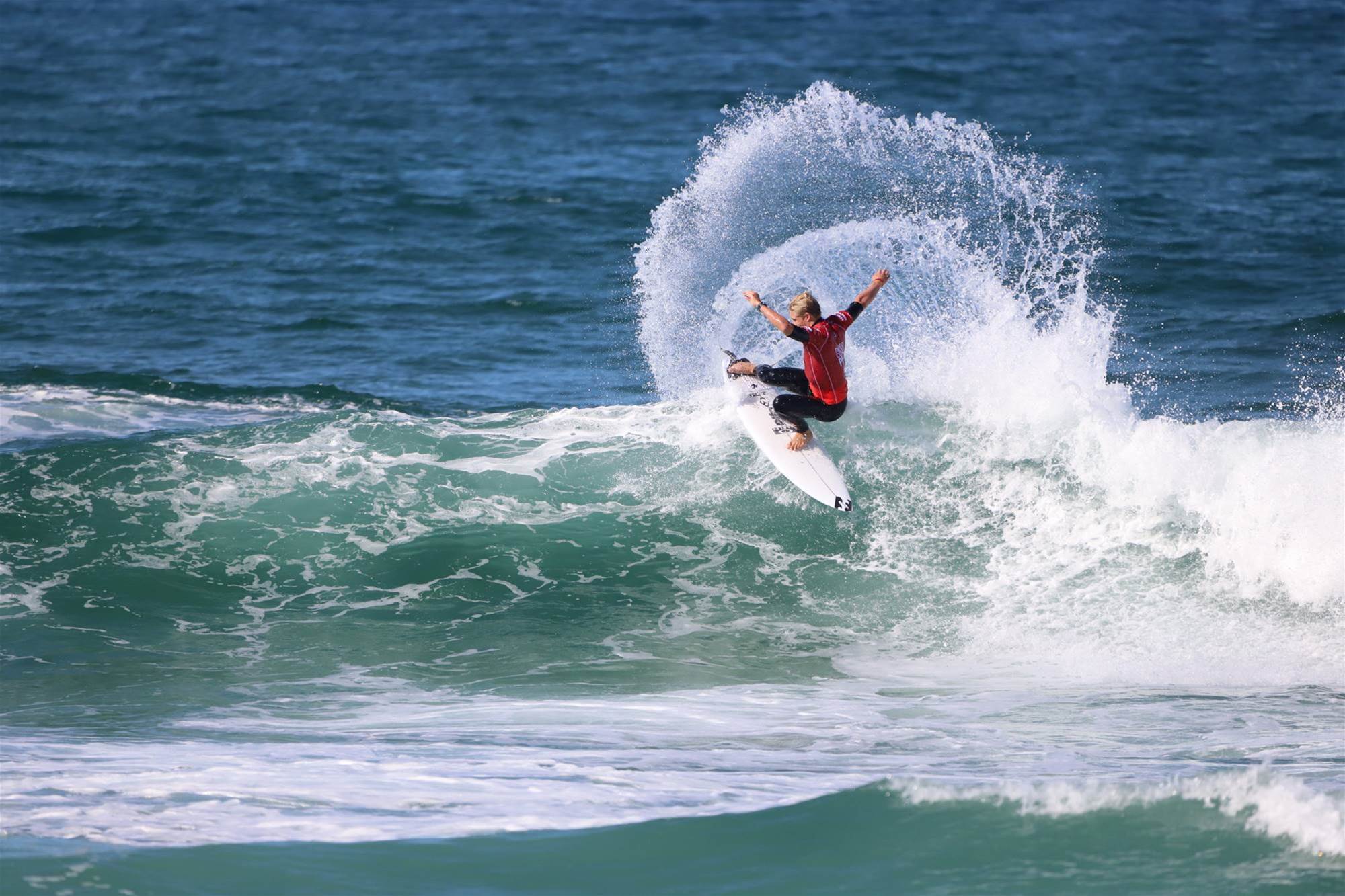 Ethan Ewing slashing to victory in the Tweed Coast Pro at Cabarita, earlier in the week. Photo: Eben McCrimmon

“No one seems to be surfing anywhere else, but the Point. You’re definitely thinking about it and everyone’s more huddled together. I normally would have gone further away from the crowd but I didn’t.”

Shark alarms were also sounded at several of Sydney's beaches over the week. With a solid swell scheduled for the weekend on the east coast, there is likely to be a lot of people in the water. We can only hope that the men in grey suits are happy to take the weekend off after a hectic Monday to Friday schedule.