It was a serendipitous scenario for one person at least. With Ciao Ibelli breaking his foot, Jack Robinson, who had already lost out in the trials, was given a second chance to claim a position in the main event via a surf-off with fellow local, Jerome Forrest.

Commissioner, Kieren Perrow, had to summons Jack back to the contest after he’d already driven to Perth. His return coincided with an afternoon of menacing Nth Point; the kind of conditions that would be challenging for most competitors, but custom made for Jack. For viewers lucky enough to tune in at the right time it was like strawberries and champagne, a classic combination. It didn’t matter that the notoriously diet conscious Jack had been scoffing too many chocolates as he later told Rosie Hodge.

Jack has been ruling Nth Point since he was a kid.

Clearly disappointed by his failure to win the initial trials event, Jack didn’t waste his second chance. In the tricky, wind-affected, Nth Point conditions, Robinson relied on his experience at the break to pick off two of the best waves of the heat. On both waves Robbo picked a divine line and easily negotiated the bumps and chunks in the barrel.

The other WCT competitors were taking notes and likely wondering what they would do if they were drawn against a rampaging Jack Robbo in the main event. 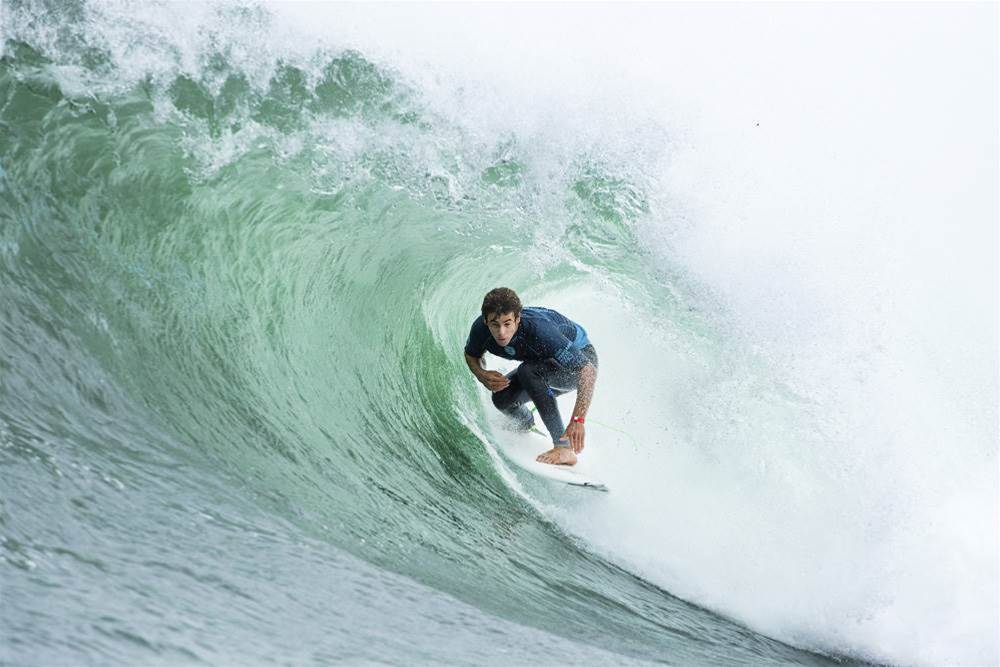 In round three it was Jack who was having all the fun, easily eclipsing Owen Wright and Miguel Pupo, who failed to register a meaningful score as Jack hand-dragged to an 8.27 high score and locked in a 13.94 heat total.

Jack has been in CT events before, both at Margarets and at Pipe, but has never really converted the opportunity into a major result.

Despite enjoying wunderkind status in his teens and being touted as the Australian answer to John John Florence, Jack has struggled on a WQS tour that offers few opportunities for him to showcase his tube riding wizardry.

Will this year’s Margaret River Pro be the year when the Jack Robinson prophecies come true? If North Point and the The Box keep barrelling there’s every chance it’s possible. 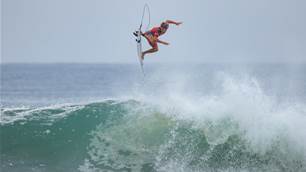