We'll have to wait and see!

Back in 1994 Kelly Slater met Martin Potter in the final of the Rip Curl Pro at Bells Beach. It would become a defining moment in our sport. Old guard against new. Traditionalist vs. progressive.

In that final Kelly did things that had never been seen at Bells before, namely a lot of fin release and slide, while Pottz muscled the Bells bowl with pure power.

After the final, Kelly and Pottz shared a wave in. Meeting in the whitewater, Pottz took Kelly’s hand and raised it in the air like a referee announcing a winner at a boxing match. In many ways it was an admission by Pottz that Kelly was legit, and the guard was indeed changing before his eyes. 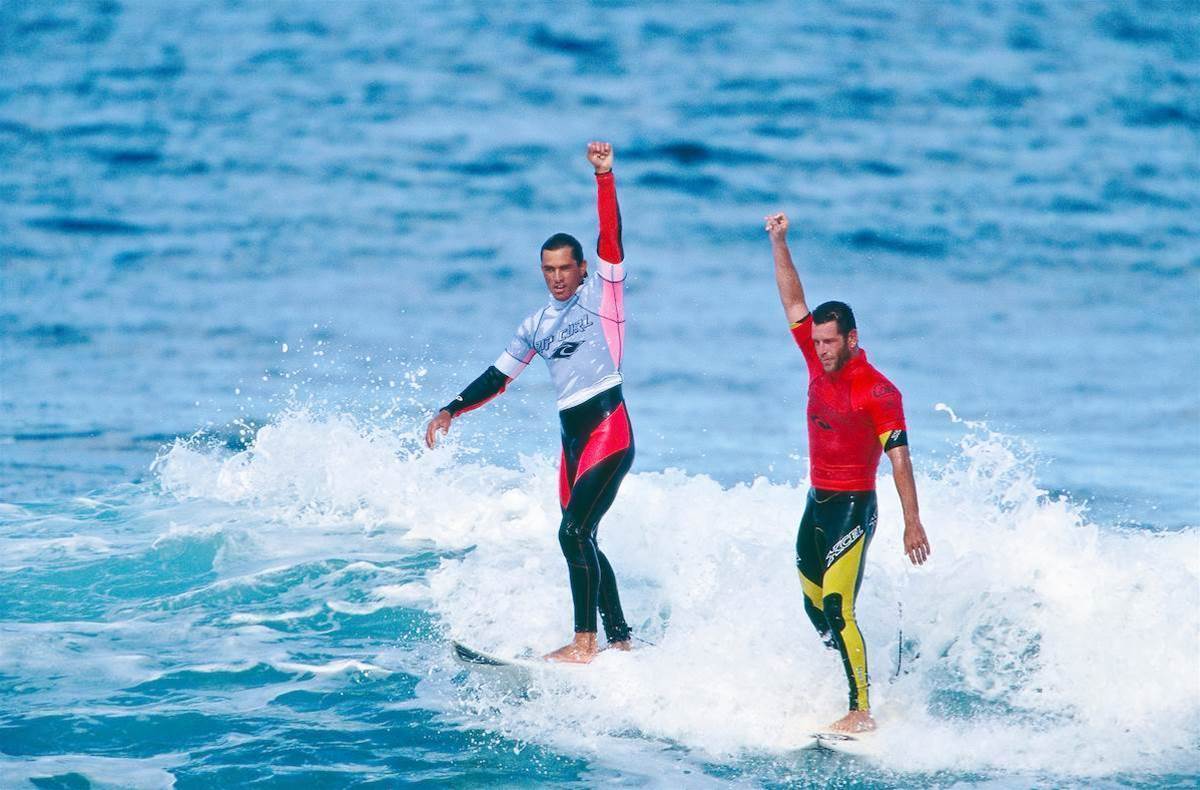 Slater and Pottz during a defining moment of the sport. Photo: Joli #memorymillionaire

Now in round four of the 2017 Rip Curl Pro have we seen a similar moment unfold between Mick Fanning and Jeep ratings leader John John Florence?

Early on Mick made his intentions clear. Before even ten minutes had elapsed the three-time world champ had chalked up a 9.93 and an 8.93 via some beautiful and aggressive surfing. The same surfing that has seen him ring the bell four times previous.

Five minutes later John returned serve. Mixing it with Mick on the wall, John utilised the same turns which took him to a win at Margaret River a week or so ago, but he had an ace up his sleeve. The wind at Bells this morning had an easterly influence, bringing John’s aerial repertoire into play, which he used to great effect on his first score. Finishing with a healthy full-rotation air-rev for a 9.57.

This left John chasing a 9.50, which he did unsuccessfully for the next twenty minutes. Was JJF crumbling under the pressure?

Then, with under two minutes on the clock, one last opportunity rolled in for John, and it would be a defining moment.

Should he fail to get the score the headlines would scream that Mick had given the new school a lesson on how to surf the Bells Bowl, but when John stomped a single, giant full-rotation alley-oop for a 9.97, surf media around the world were forced to hit delete. 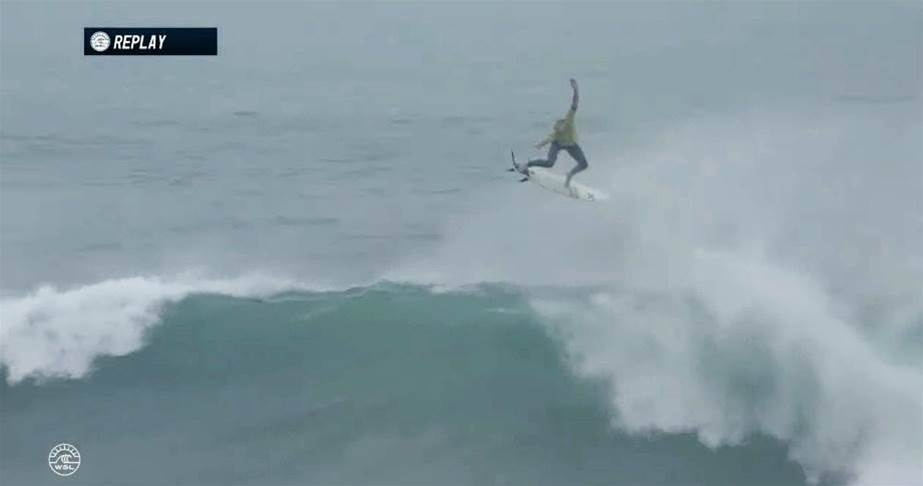 John’s progressive arsenal had blown away Mick – probably the world’s best exponent of traditional Bells Beach power surfing. It was a huge moment and one that will no-doubt send shockwaves through the elder-statesmen on tour.

But was it a real changing of the guard? That will have to be decided after we wait to see whether Mick can battle his way back from round five and get his revenge.