John John Florence is still feeling the niggles of an alley oop gone wrong and has withdrawn from J-Bay.

Ain't this a spanner in the works. I was really looking forward to watching JJF's ever evolving rail game take apart some J-Bay steaming walls. Alas, John John Florence is nurturing a bad ankle and is still feeling the niggles of an alley oop gone wrong, withdrawing from the upcoming J-Bay Open.

The celebrity basketball match that took place post Billabong Rio Pro was a stellar game but not for point guard John John Florence who was trampled by Tommy Hermes. "It was a great game of basketball, but I feel I was definitely fouled when Tomas went up for that alley oop... But thats just the nature of the game, some things go your way and some don't. I'm just frustrated I'll now miss J-Bay," reflected John John, no hands inside a pipe tube. 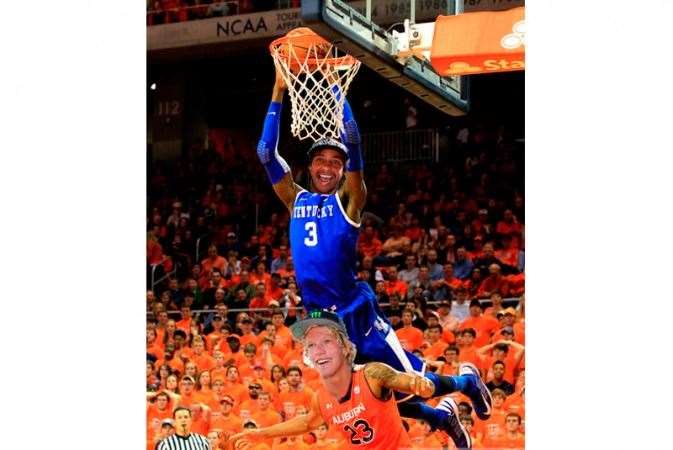 Tomas Hermes on top of the world after slam dunking his way into the J-Bay Open.

Hermes doesn't give a flying fuck according to some sources. "I'm just stok-ed, so stoke-ed," he revealed when hearing news of his wildcard placement in the next NBA, I mean WSL surf contest. Tomas Hermes has an appalling rail game in comparison to Kelly Slater's mysto child/Taylor Swifts heart throb but comparisons aside; I hope he pulls off some sort of tenacious come-from-behind victory in round 2 and rattles the world title race.

Also without protest Mr. Dane Reynolds will once again rocket back into the lime light for a round 5 exit in South Africa. Though he's promised not to disappoint all us crazed surfing fans (proof below), who will wake up at ridiculous hours of the morning to watch the world's most boring yet exciting live coverage of sport. Let's face it, one combo all event from Dane Reynolds is worth a lot more then 12 bouts of 7 point rides to get you all way to that podium finish and a bump in your Insta numbers right?