Something to do before the tour kicks in.

While archrival Gabriel Medina blitzed his way to a second world title and Julian Wilson was reduced to tears, John John Florence was nowhere to be seen on the North Shore.

On Saturday this Tracks correspondent ran into John John in Coolangatta, where he was cruising around town with girlfriend, Lauryn Cribb. Ever the gentleman John John walked straight up, shook my hand and bid me well before heading in the direction of Little Mali café, where most of the resident Cooly rippers score their java fix – although apparently John is more of herbal tea kind of guy. He seemed relaxed and happy to be far removed from the world title drama going down on his doorstep. One must assume it niggled at him just a bit when Gabriel squared the ledger and made it two world titles apiece. As fans we can only hope that this rivalry blossoms in years to come.

However, before he begins his wind up for a 2019 title campaign, John John has nautical ambitions to deal with. The friend of a well-known competitive sailor told Tracks this morning that John John will be part of a crew taking on the celebrated Sydney to Hobart Yacht Race, which kicks off from Sydney Harbour on Boxing day every year. The story was just confirmed by the Illawarra Mercury Newspaper and indicated that John John, whose sailing skills are well documented, has already competed in a lead up race as part of his preparation. 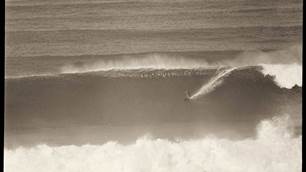