Three Hawaiians and a Floridian sling it out on the final day.

Today John John Florence once again displayed his dominance at his home break winning the final of the Volcom Pipe Pro against Mason Ho, Kelly Slater and Sebastian Zietz. Although a Billabong Pipe Masters title eludes him it was his fourth Volcom Pipe Pro title.

It was all but won in less than six minutes as John John dropped an 8.43 and 9.20 on his opening two rides, the latter finishing with an almost landed slob that would have sealed a 10-point ride.

"I got a lot of confidence out of the end of last year and Gabe winning the title," said Florence. "It really opened my eyes, like, oh my gosh, I want to do that now! It's really pushing all of us…”

“Going into 2015, I'm excited, and it's great to start the year here at home in great waves. This event helps get momentum to head into the season."

If John John is genuinely fixated on winning a world title and not just releasing a mind-blowing web clips then this year could see one of the most exciting world title races in history. At the Quiky Pro last year he exited in round 2 after an interference against Travis Logie and was shown the door in round three at Margaret River after going down to Medina. Rest assured he will be seeking redemption in a little over three weeks when the Quiky Pro kicks off. Expect to see the John John show with all the bells & whistles when he comes to Australia. 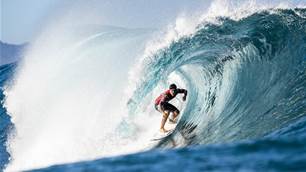 What We’ve Learned So Far At The Pipe Masters 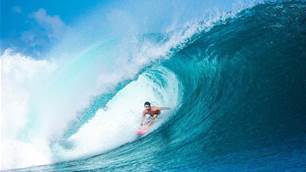