South Africa's best Jordy Smith went from beached to bored to boom! At the Australian open of Surfing today. 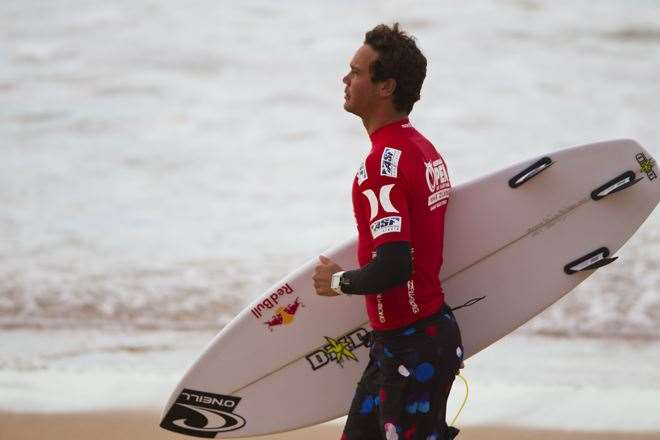 Beached: An ominously dark cloud-front moved across the skyline above Manly Beach this afternoon killing the day's golden glow just in time to welcome Jordy Smith. Casually jogging along the shoreline, Jordy, in readiness for his round of 24 re-match against young Matt Banting, looked fit and nerve free. The big unit trolloped over the famous Manly storm water pipe without casting an eye over his shoulder to the dribbly waist high breakers to his right – there was little hope for inspiration out there. 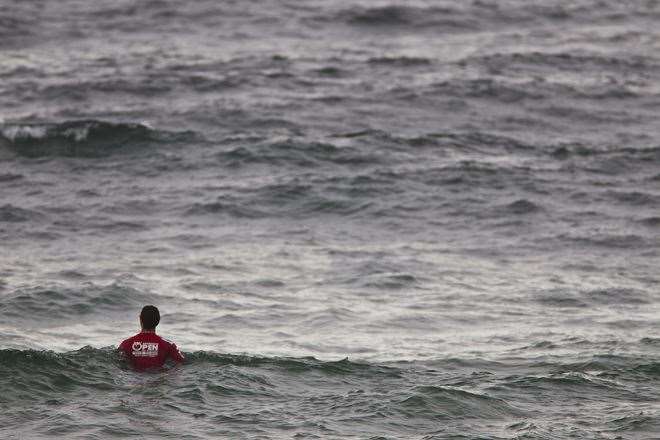 Boredom: In the hope of finding a rockter-copter launching pad, Jordy went left on his first couple of waves. When that didn't work, Jordy appeared unimpressed and uninterested – and you couldn't blame him. The waves were shite. Matt Banting (and the third wheel in this date with disappointed, Matt Wilkinson) were zig zagging on a tiny poor-man's rip-bowl further north, and despite coming up empty on his left's Jordy had no intention of joining them. For a time, a long time – when your life's worth for the day revolves around a 25 minute period five minutes is an age – Jordy just sat in a hole and waited, not for a wave, but a little inspiration... Would it come? You could almost feel him searching the horizon for sign, a spark, anything that would get his juices flowing. "I could be at home on my private beach with beautiful girlfriend, what am I doing here?" Without reason he suddenly turned and starting paddling south... 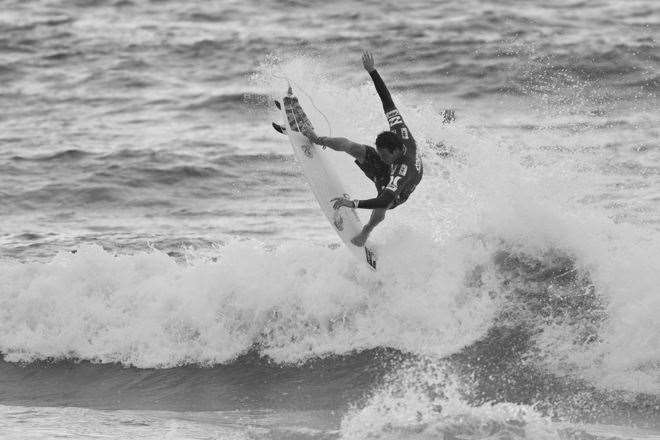 Boom: Brushing the boredom aside, Jordy found a little right and kicked himself into gear. If he's out there, he may as well try to progress. Banting had a decent lead, and Wilko was combing that right for a pair of fives, anything to try post double digits. It was comforting to finally see big Jord's cranking along a right, even if it was a small pathetic little thing. Expecting something, he started to honk, a little floater, then a cool little ridge climb and foot adjustment had him poised cocked and loaded, then the ramp appeared, BOOM! It wasn't his best, it wasn't even close, but it was enough. Not enough to win, but enough to move through. Oh, and give us surf junkies a reason to believe inspiration can come from nothing.