Couple overseas cover shots, breakout role in a major Australian surf flick and more double page spreads than you can poke a stick at-it’s been quite the year for Brad Norris.

Which is all well and good except for one small point …who the hell is Brad Norris?

“To put it simply, he’s a hard worker, he’s a plumber but at the end of the day, he’s just crazier than most other guys,” says long-time friend and photographer, Chris Gurney.

“I’ve seen it so many times…he’ll get whipped into a huge closeout, get smoked and then just zoom back out and do the exact same thing on the next wave. I can’t tell you what’s going through his mind though. He just froths on the opportunity to get something huge.”

But before you dismiss the 24-year as just another tow surfer from West Oz, consider the following. Brad has paddled a bunch of the well-known big wave spots, Jaws, Waimea, Cow Bombie and a heap of much lesser known ones.

Still doubt he enjoys paddling? The self-employed plumber was also busted by Water Police while attempting to paddle the 25 kilometres to Rottnest Island earlier this year. Why? Well, why not?

“It was just something I always wanted to do,” he reckoned of the attempt.

“Got stopped about two k’s out though for not having flares and a beacon…would’ve been great if they let me finish though.”

The man himself presents in the way so many big wave guys do, calm, but with a slightly twitchy edge that suggests there’s some serious energy to burn buried just below the surface.

There’s also a sprinkling of tattoos and a genuine sense of surprise to learn the outside world has an interest in the mindset of someone who regularly tempts fate on some of the heaviest waves in some of the sharkiest waters in Australia.

And he’s also ready to cop to the media’s disdain for tow-in surfing, yet like many with a penchant for the extreme, the jet-ski assist simply allows surfers like Brad to jack straight into the main vein of the surfing experience-the buzz.

“There’s no better feeling in surfing that paddling into a massive wave and I believe doing that shows what kind of surfer you are,” he says.

“But I just find it hard when there’s 10 to 25 foot slabs on offer to go and paddle something you may not even get barrelled on. I just get so buzzed surfing those slabs, watching everything moving so fast and the sound the waves make as they draw off the reef and throw over you, it’s so addictive.”

But, let’s first take a couple steps back and discover just where young Brad, who moved to Perth after a childhood in South Oz, first discovered the joys of the juice.

“The one session that did it for me was when I was about 15 at Margaret River Mainbreak,’’ Brad recalls.

“It really didn’t look that big from the car park but by the time I got out it was easily the biggest and most powerful wave I had ever experienced. I remember catching a few and the feeling of drawing out those massive bottom turns was like nothing I’d felt before.”

Fast forward a couple beats and Brad is making a name for himself at most of the heavier breaks around town before investing in a jet ski with a friend and moving on to slabs with at the ripe old age of 20.

With the movement in full swing the duo satiated themselves on the bombies around Perth and Margaret River before a fateful PM lights up Brad’s phone late one night.

“Tom Jennings (WA videographer) sent me a message and said “Go surf The Right you muppet”.  At that stage I had no idea what sort of gold was further down the coast,” says Brad.

“I got straight onto YouTube and my mind was literally blown.”

And so it began. Brad was drawn to The Right and a myriad of similar waves down south like a moth to a flame, Icarus to the sun or a phoenix to a goddam flaming…fire.  He was bound to get burned-and burned he did, a near three wave hold down early on in the piece just a sign of things to come.

“My tow partner Mick flicked me into a bomb…it cIamped down and I got sent straight down,” says Brad.

“I was down for a while but I didn’t want to pull my flotation vest so I hung on and felt the second wave break. I thought I’d start coming up but I started to get sucked back down which is usually a sign out there that the next wave is coming. At that point, I thought I was done for sure.”

Brad surfaced seeing stars, copped another bomb on the head before being picked up, took a short break then headed straight back out to get the monkey off his back.

The incident was the first of many near-death experiences that Brad chose to file under “lesson learnt” as opposed to being scared off by.

He quickly added a few trips to Cyclops to the portfolio including a session with Floridian skimboarder, Brad Domke.

“The only time I could say I was really scared by a wave was Cyclops,’’ he says.

“I looked back at the footage and I usually get psyched, but looking at Cyclops…still not to sure you’d even call that a wave.”

Before long, wild images of the longhaired plumber began jamming the inbox of pic editors worldwide and the question repeated itself…”Who the hell is Brad Norris?”

But the interest thus far, while enough to garner a swag of big wave award nominations, hasn’t resulted in any major sponsorship other than the support of a Perth surf shop.

His exploits though did feature heavily in Tim Bonython’s latest big screen flick and he was asked to appear at several of the West Australian viewings to give a little spiel about the waves featured in the film.

Though he claims not to be bothered by a lack of sponsorship, photographer Chris Gurney, who’s documented most of Brad’s wildest rides, reckons industry support would allow his friend to realise his full potential.

“I reckon just the situations he puts himself in is good incentive enough for someone to get him on their team,” says Chris.

“He’s still young and has a lot of surfing ahead of him. Considering what he’s been doing without much support…if he had someone backing him I think he’d really blow some minds.”

Regardless, Brad seems content to continue on his merry way and is about to board a plane with fellow West Oz charger Kirby Brown for a scout around Ireland before heading to Hawaii to get his fill of Pipeline, Waimea and a personal favourite, Jaws.

In preparation, he’s amped up the physical training and dispensed of the long locks that served as a trademark of sorts. Why? Simple…just because.

“One arvo out in the surf it was annoying me so much I got out of the water, drove straight home and shaved it off,” he says.

“It was the best thing I’ve ever done. Everyone’s just going to have to get used to it cause the long hair ain’t coming back…I feel so free!” 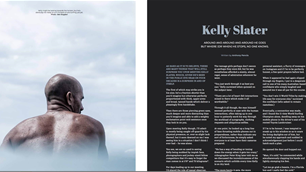 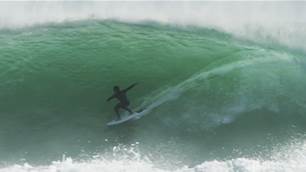 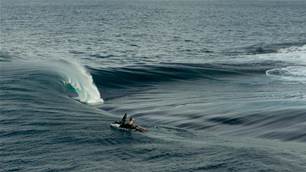 Brad Norris is No Standard Citizen