39.54 out of a possible 40. That was the combined heat totals of Kelly Slater and John John Florence after can what only be described without a hint of talk-up as as the best heat ever surfed. On waves that defy imagination, Kelly and John traded some of the best and biggest tubes ever ridden on foam and fiberglass. As the dust settled not even the judges could split them … a dead heat, only given to Kelly as he scored the bigger points for a single wave – a 10. It was a heat for the ages and one that will be used as a bench mark for a very long time. Wow. 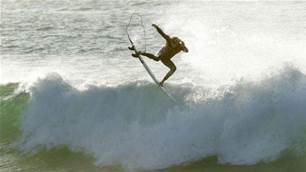 The Bittersweet Battle of Jordy and John 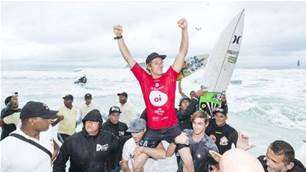