Or have we been played for April fools?

11x champion Kelly Slater has just announced his retirement from the Tour. Or so we are to believe. This morning on Instagram, Kelly wrote:

“Big decisions in life don’t come easy and it’s taken a lot of quiet time and personal introspection to come to this conclusion…The #RipCurlPro was the first event I surfed on tour and it’s fitting that this will be my last. There are too many people to thank and memories to go over but here’s to hoping I can pull a rabbit out of the hat and win one last event this week.”

He also went on to add:

“My board feels great (thank you @cisurfboards and @travlee) and I’m as psyched as ever to just surf and enjoy. Hope to see everyone down there at #BellsBeach this week. Not the best forecast but I’m channeling my #FloridaRoots! #HappyApril1stEveryoneBackHome #ThisIsSoConfusing #CantWaitToGolfAndChaseSwells”

Now cast your mind back to last year. On April 1st Kelly announced that he was parting ways with long time sponsor Quiksilver. We all thought it was a joke. It wasn't. Kelly has recently been rumoured to have taken a 70 percent majority stake in Firewire surfboards and is about to launch his new clothing label, OuterKnown. He also has a hand in producing a documentary themed around drug smuggling surfers titled, 'Thai Stick'. However we also know he has a devilish sense of humour and this might simply be an attention grabbing headline that happens to fall on April Fool's Day in The States.

At time of writing the image had already had well over 30k likes and over 2k comments.

So does Kelly just have an evil sense of humour? Or is this the end of an era and has pro surfing changed for good? Tracks is calling Kelly's bluff but tell us what you think. 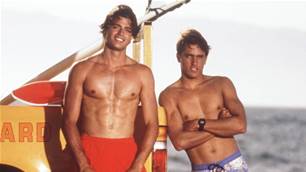 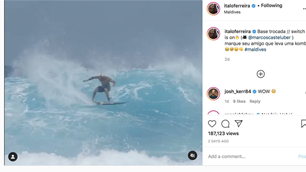