“Most people don't even consider it a ridable wave."

Kerby Brown is not afraid of heavy water. It was only two months ago that he suffered a heavy wipeout at Tombstones, being pile driven into the reef headfirst, resulting in severe head injuries and suspected spinal and pelvic fractures. But there’s certain guys you can’t keep down. Especially those with a penchant for charging big heavy slabs, like this left, somewhere in Western Australia. “Most people don't even consider it a ridable wave," says photographer Mike Riley. "It has boils all through the face and it is only inches deep. The reef is covered in nasty barnacles and chunks of rock. It is just scary swimming around out there, its really deep off the ledge, anything could be swimming around!” he explains. Judging from the amount of water sucking off that ledge in the foreground a wipeout here could have landed Kerby back in the emergency room. “Kerby always thinks he can find a few good ones out there on the right day so he always has his eye on this spot.” After trying their luck at one of the most dangerous wave around these parts the boys parted with what they came for and everyone escaped unscathed. 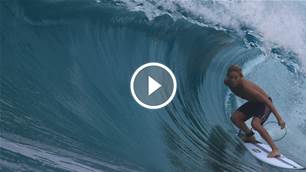 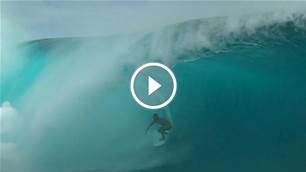 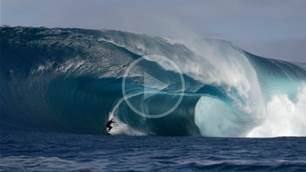