After a break from live gigs, Kita Alexander is, in her own words, ‘very very excited’ to be playing the Drop Festival, which kicks off in Noosa on Feb 29th and then runs in conjunction with the Australian leg of the WSL world tour. However, there’s just one problem for the Indie Pop singer who is also the partner of Owen Wright – what to do with their three-year-old son, Vali, if Owen is competing and Kita is on stage? Fortunately, Kita has a back-up plan. “We haven’t really asked Tyler and Mikey (Owen's sister and brother) but we’re really hoping that if Owen has to surf and I have to perform that one of them can look after him.”

Tracks caught up with Kita recently to chat about her evolution as a singer/songwriter, her relationship with Owen and what it’s like to juggle a family with pro surfing heats and live gigs.

How did you get involved in making music?

I started doing open Mic nights for fun and then a guy said ‘I’d really like to record you'. And he really liked my originals and we made a little EP together. It just kind of happened really organically. I never really set out as a kid to do music. You know, I always just knew I wanted to do something creative and the fact that it was music that came so easily really helped me to forge my path.

You are about to tour with The Drop Festival what is it you enjoy most about performing live?

I love playing with a band and having four of us up on stage rather than just me in the studio laying down tracks… I really enjoy being in the studio recording music but I’ve always loved playing for people.

What creates more pressure? Playing live at a major festival or surfing the final at Teahupoo?

When Owen’s surfing a final I could vomit every time… it’s way easier to go on stage. The last shows that I did he actually said he was more nervous for me than he was surfing.

Have you ever dragged Owen on Stage?

I won’t drag him on stage but if he wants to come on I won’t stop him, but if he does he will have to do a dance.

Where did you two meet?

We technically met on Instagram but we had quite a few mutual friends… We met up at Porch and Parlour in Bondi... We went to the National Park and did a big hike and then went to a party in Bondi.

You write your own material. Where do you derive inspiration from for songs?

Honestly, my own life. I wish I was really good at making up the songs, but a good song always comes from personal experience… A lot of my good songs, the ones that connect most with my audience are literally from true stories.

So songwriting can be as much a personal expression or a therapy almost as it is a commercial venture?

Exactly. When I first started recording and was in the States and London to pursue this career, I was recording in the studio from 10 am to 6 am. Then I had to go to a different studio from 7pm to early in the morning and there was no more juice left. I said look, I’ve got to actually live my life. I actually have to have some days where I'm doing stuff and experiencing things and they (the producers) totally got that. It was pretty funny because not long after I said that I met Owen and my life went berserk in a good way.

You and Owen hadn’t been together long when he had his brain injury at Pipe. That must have been a challenging time?

When we first met we had a really strong connection and it kind of one of those meant to be moments. When it happened, Tyler (Owen’s sister) called me and said Owen wants you there and I said, “I’ll be there.” …There was no kind of second-guessing or doubt, it was ‘of course I’ll be there for Owen’.

It's such a hard thing to go through. You know my sister passed and she had cancer and I've had experiences in my life where people around me have gotten ill. And if there's a moment where I could be there for anyone, but specifically Owen, I was going to be there, and the fact that I was there, and we got through everything and got through his recovery, and I just know we’ve been through a lot more than other people have… and we can get through anything else in life … hopefully, we can get through anything.

Was your music inspired by that experience do you think?

Like I said, it’s just life experience and we’ve had a lifetime of it. So I feel like I’ve got a lot of stuff I still haven’t written about and I have a lot of inspiration still. 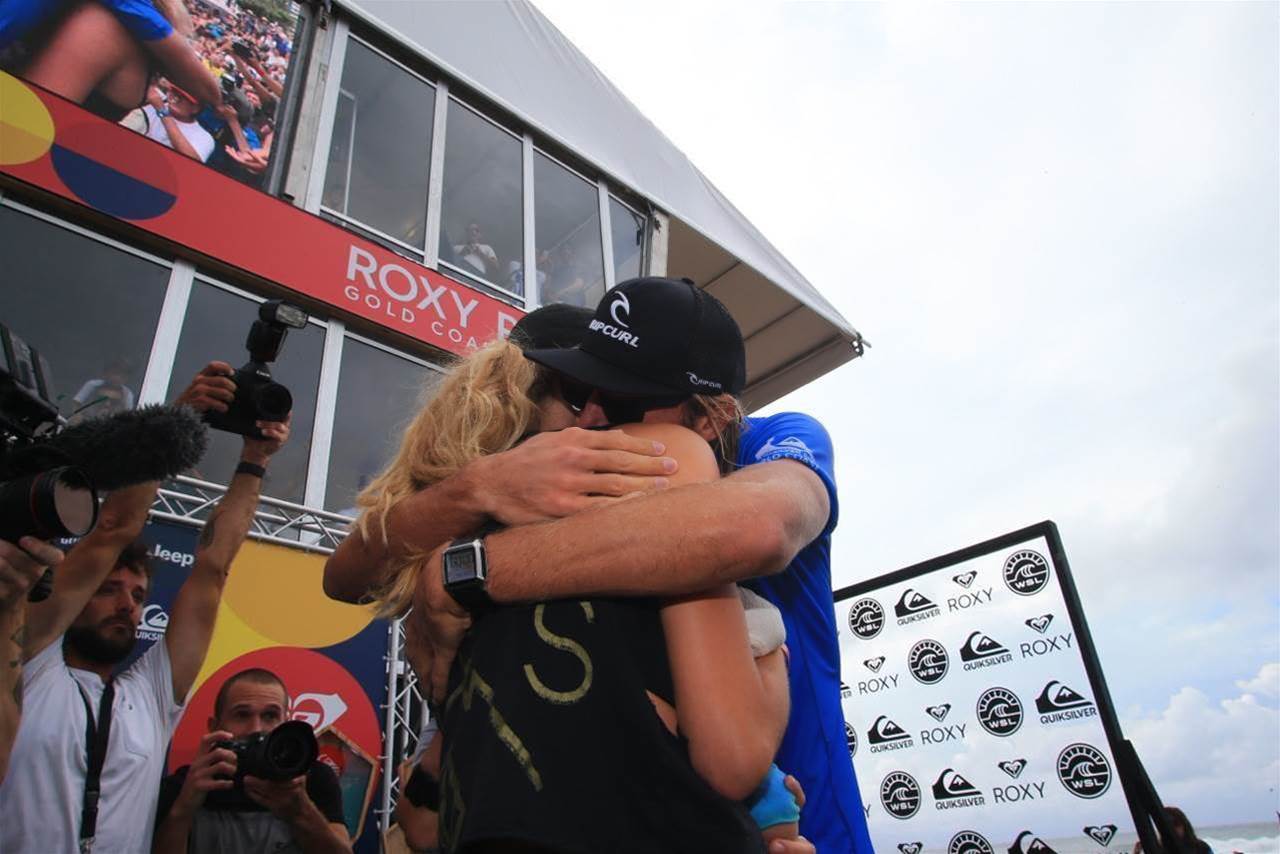 Owen and Kita embrace, with Vali in the middle, after Owen's Comeback victory at the Quiksilver Pro in 2017

And then it was only about a year later that Vali was born?

Yeah, we’ve had enough happen in our relationship to last a lifetime. We’ve had so much on our plate, but so many beautiful things have come out of it all. There is no other thought than it was meant to be… We’ve got this amazing three-year-old and we actually do believe that he’s such an amazing kid because he’s travelled the world and bee around so many different cultures and different people. 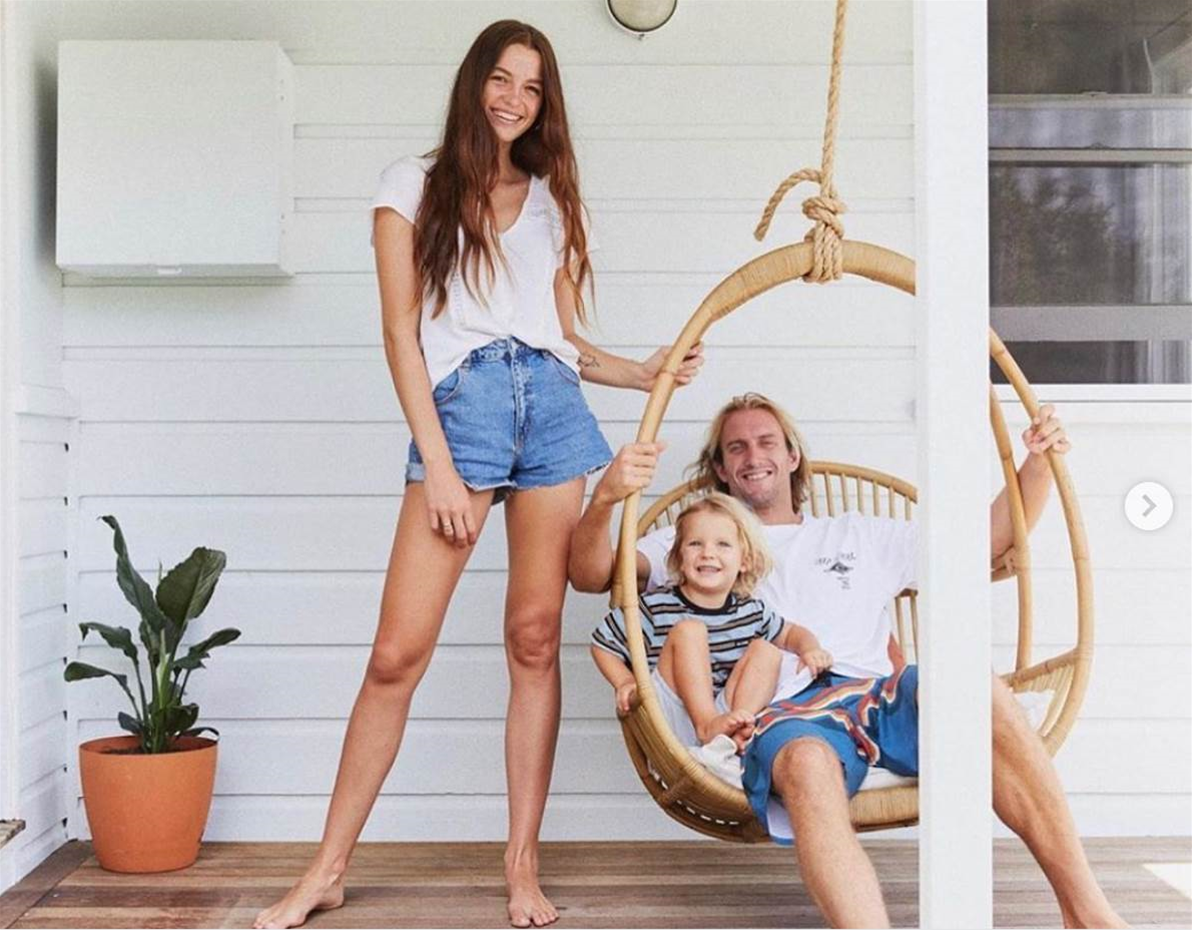 And you have a new single coming out soon?

Yeah, I’m really excited. My first show is on Feb 29th , so hopefully, people will have enough time to be familiar with it before I play it.

Is there anyone else involved in the festival that you're excited about seeing?

I guess I snuck in to see Boy & Bear when I was 16, and when I properly got into music they’d released that first album, so that will be pretty exciting to reminisce about… I’m looking forward to that.

The Drop Festival kicks off on Saturday 29th Feb in Noosa before travelling to Newcastle, Manly, Coolangatta, Torquay and Busseltown . For details, dates, and tickets check out the official website.