The conditions at the moment are ripe for nearly double the normal amount of cyclonic activity. 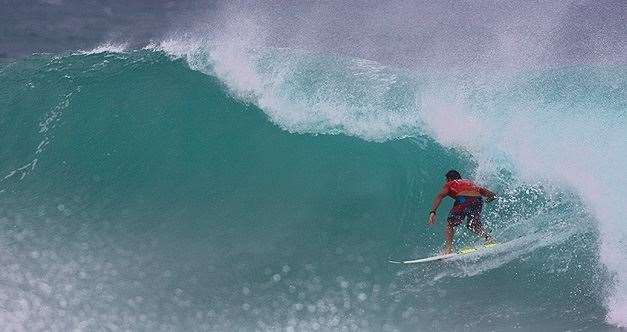 Joel Parkinson enjoys the fruits of 2009's Cyclone Hamish at Kirra, winning the Quiksilver Pro in the process.

The ants are on the march. The dog is hiding out under the house. The wild flowers are out early. My right elbow is starting to itch. The dregs in my coffee cup are leaving cylindrical swirls. Taken together the signs speak clearly... It’s going to be a cracker cyclone season, with razor sharp, long fetch, NE swells bombing the coast from Noosa all the way to Eden.

Doubting Thomas’s might want to check in with the Bureau of Meteorology for a confirmation. Every year they release a detailed forecast for the cyclone season ahead. This is what they were saying in early October. “Queenslanders are warned to expect more cyclones, tropical storms and a heavy wet season that could cause flooding this summer.” 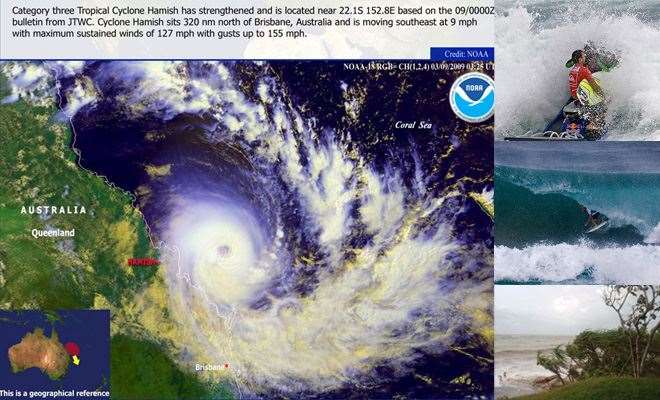 
The scientific explanation is due to a set of weather events known as La Nina. Keen surfers will already be familiar with the cyclonic benefits of La Nina, which occurs periodically every four to 12 years.

La Niña conditions occur when the Pacific trade winds blow more strongly than usual, pushing the sun-warmed surface water farther west and increasing the upwelling of cold water in the eastern regions. Together with the atmospheric effects of the related southern oscillation, the cooler water brings drought to western South America and heavy rains to eastern Australia and Indonesia.

Queensland normally has three or four cyclones off the coast each season with possibly one coastal crossing. The conditions at the moment are ripe for nearly double that amount of cyclonic activity.

Batten down the hatches or book your Gold Coast accommodation. It’s going to be an active summer.