The offspring of surfing legends pack the draw!

The Volcom Pipe Pro kicks off tomorrow, and before it does it’s interesting to take a quick look through the names in the draw. There is so much familiarity, but it all seems a little removed. All the surnames – McNamara, Ho, Beschen etc - are well known to anyone who has spent time enjoying the sport over the last few decades, but most of the surfers’ first names are not as familiar. Here are a few of these surfers who come with famous name heritage.

Hawaiian surfer Landon McNamara is a recently famed musician, his debut album ‘A Dollar Short and a Minute Late’ quickly reached the top of the charts when it came out. He also charges Pipe, no doubt as a result of his dad’s and uncle’s genes. Liam McNamara was one of the hardcore Pipeline surfers from yesteryear, dominating the aggressive lineup with similar aggression and a full-face Gath helmet, combining massive Pipe tubes with some of the best new airs of the time. Uncle Garret is now world-famous for his discovery and incredible performances at Nazaré.

Makai McNamara is the other ripping sibling, and he already has a serious reputation at Pipe. This was his 10-point barrel in 2016 in the event where he placed third. The event was won by Slater, with JOB in second and Bruce Irons in fourth. Doesn't get more loaded than that.

Tereva David is from legitimate Tahitian surfing royalty, being nephew to legend Vetea David. He has the same solid and powerful approach to surfing big, slabbing lefts as Poto did, and is not scared of pulling in at Taapuna or Teahupo’o. Should Pipe get monstrous, and start doing those ugly double-up step things, then Tereva will come into his own and stomp a few tunnels like his uncle would have.

John Mel is son of former Big Wave World Champion and current World Surf League commentator Peter Mel, and is an incredibly talented surfer in his own right. He has some big wins (US Champs) behind him, has been around in some of the biggest Mavericks ever seen, and had a good dig at last year’s event at Pipe. He could easily make his dad proud at this event.

A great young goofy footer who has been slowly but surely making inroads into all sorts of performance surfing is the Gold Coast’s Luke Hynd. He’s the nephew of Far Field Free Friction exponent, the inimitable Derek Hynd, and has some of uncle Derek’s flair for the unusual and out of the ordinary. His dynamic backhand repertoire consists of every air you can think of, combined with elasticity and a cool style. He is a fiercely competitive and wild-haired little tyke as well.

Shane Beschen was the one surfer who attracted the spectators to the beach along with Kelly Slater during the 90’s and could always be expected to bring something new to the table. Born and raised on the North Shore, young Noah has all of his dad’s surfing genes and then some. He has a crazy air game, but when it comes to the deep and thick monsters he’s also there holding his own, charging hard. He has become a standout at Pipe over the last few years, and pulls in on the biggest barrels he can find. His combination of air skills and tube talent will see him with some huge results in the future.

The eclectic and enigmatic Mason Ho needs no introduction, with a fabled surname like that. He is another surfer who can always be counted on to do something crazy and unexpected in each and every heat he surfs in. Mason is often referred to as more of a free surfer in make-up and style, but if truth be told, he loves to win heats along with the best of them. He has innate skills and talent at Pipe, and if the right waves come his way then he will do Pops and Coco proud. He is part of the next generation of Hawaiian rippers who might be somewhat less scary than their predecessors, but they have the North Shore and her abundance of waves totally wired.

As the Volcom Pipe Pro kicks off, these surfers will be heavily scrutinized, as expectant locals will them on towards big results. No Kelly Slater and no John John helps to ease the pressure as well.

Where to next? Well, in a few years it’ll be Jackson Dorian, Axel Irons and Jay Occhilupo. Who have we left out? 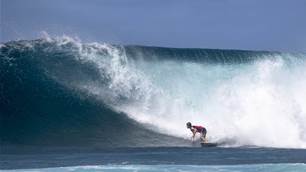 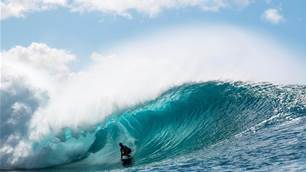 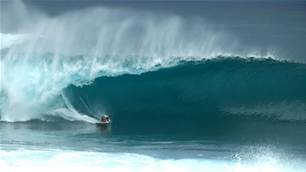