The contest management system created by surfers for surfers.

Chris Friend competed in the Carve Pro at Maroubra yesterday, toiling away in the two footers alongside dozens of other WQS hopefuls. Like the other competitors, Chris had to look at a heat schedule and then manually calculate when he would be surfing by adding up heats in twenty-five-minute increments. While Chris was disappointed not to progress through the round, he also feels confident he could have made the entire experience much smoother for all the competitors by utilising the LiveHeats system that he developed alongside software programmer, Fernando Freire.

“With LiveHeats I can log into my personal athlete dashboard and see exactly what time I’ll surf, to the minute, and what colour jersey I’m in,” he explains.

The LiveHeats system has already been adopted by dozens of boardriders clubs around Australia, replacing the archaic hand-written judging sheets with computerised judging, live updates on scores and scheduled heat times. Competitors in local boardriders events can access all the information via their phones and it’s certainly arguable that local boardriders clubs in Australia are now using a system that is far more sophisticated and user-friendly than the models currently being applied at the elite level.

“We set out to create a platform that not only makes life easier for organisers, but provides the most optimal event experience for competitors, ” comments Friend, a former full-time pro surfer who graduated from Sydney University with a degree in Commerce. He recently quit his corporate gig to work full time on LiveHeats. 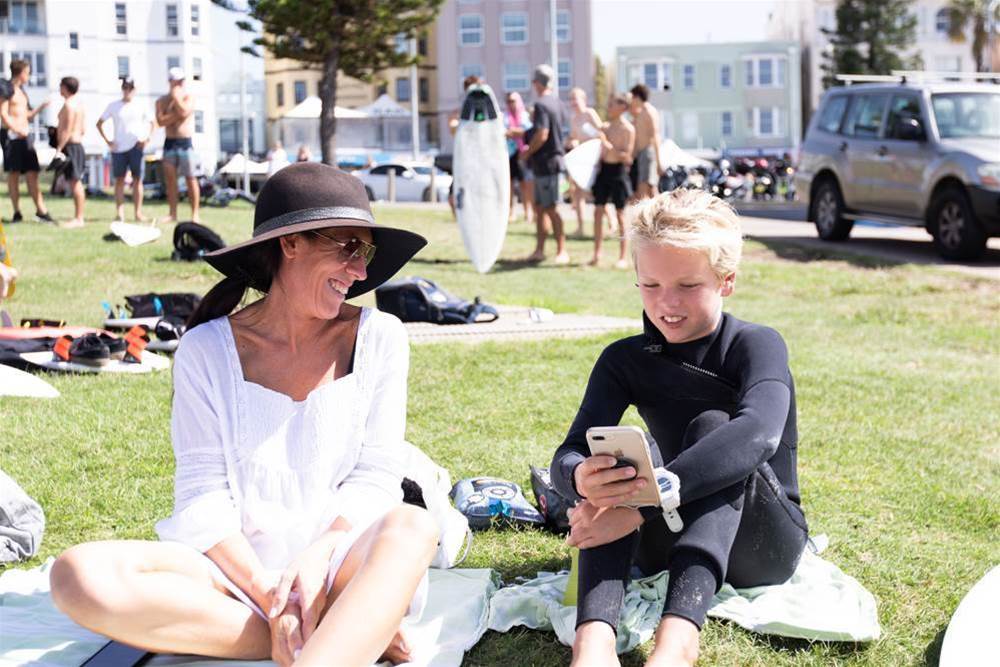 A grommet tunes into LiveHeats at a local Boardriders event.

While not yet deployed by the WSL for the WCT or WQS, Surfing Australia confirmed this week that they would be utilising LiveHeats for all of their events. “To now be partnering with Surfing Australia and all states is hugely exciting,” stated Friend in a Press release, which accompanied the announcement.

LiveHeats is a malleable system that has the capacity to do much more than provide up to the minute event information. As part of the Surfing Australia deal, LiveHeats will develop a national ranking and seeding system that will feed regional, state, and national events into a national leaderboard. That means you will be able to readily identify the highest-ranked, amateur surfers in Australia from Juniors all the way up to Grand-Masters.

The partnership also includes the wildly popular Australian Boardriders battle, which is screened live on Fox Sports. Friend and Freire, who also employ two other developers, have already customised a version of LiveHeats to showcase the nuances of the unique teams event, which features scoring penalties, bonus points and power surfers. 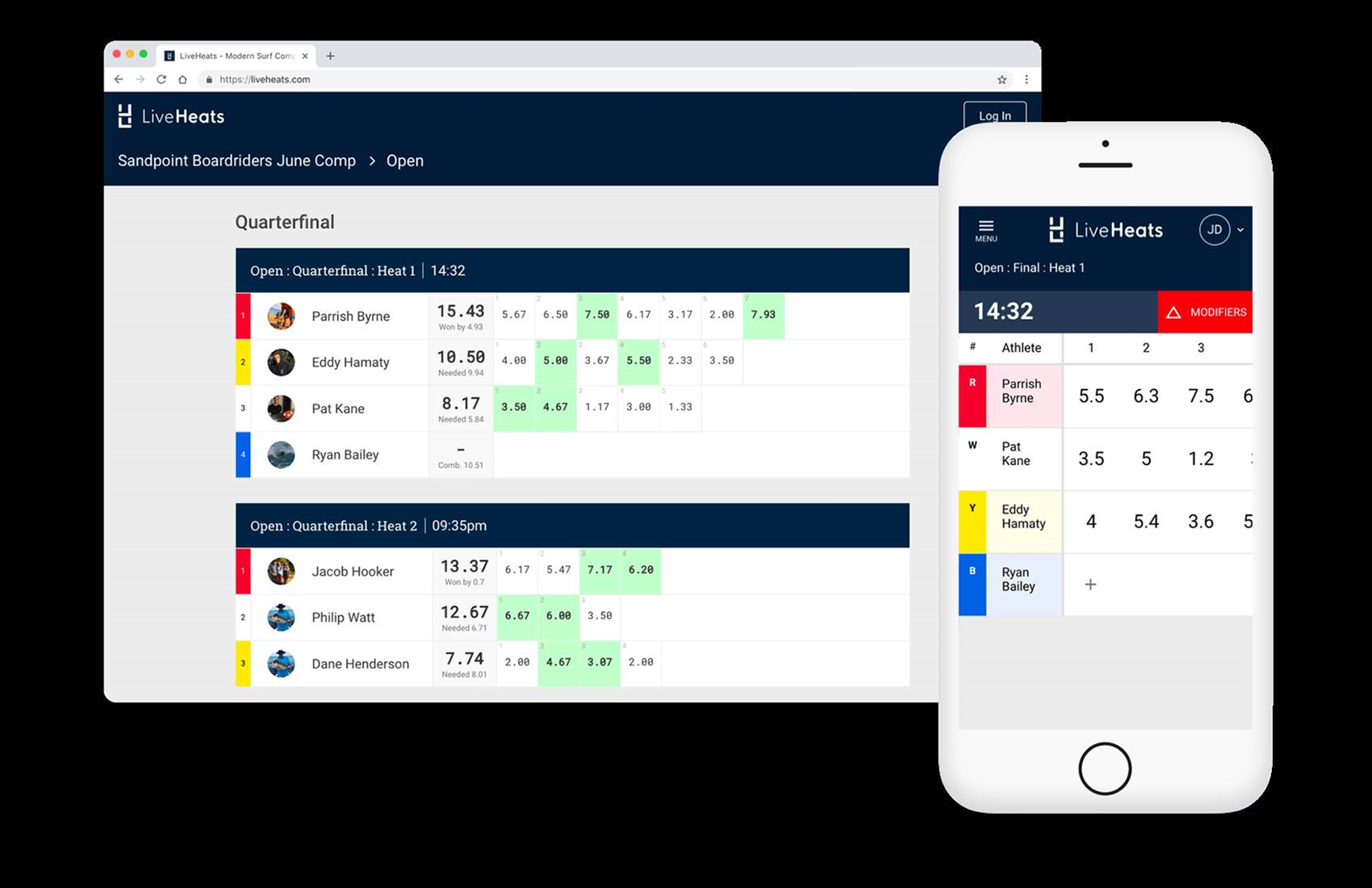 A snapshot of the user-friendly LiveHeats system.

Meanwhile, as Australian surfing embraces LiveHeats, Friend and Freire are taking their concept global, signing up surfing organisations from as far afield as Russia and Columbia. They’ve also adapted the system to a host of other sports, including snowboarding, free-skiing, skateboarding, and wakeboarding.

As for securing contracts with elite sporting organisations, Friend, who is listed as the CEO, doesn’t pretend he’s not interested. “Ideally we would power all the big dogs like the WSL, the X-Games and Street League skateboards. We want to be the platform for Action Sports,” he insists.

However, Friend also emphasizes that LiveHeats is still very much a business that’s been built with a ground-up model.

For the time being Friend and Freire are content to pour their energies into the LiveHeats love project, pay themselves a liveable wage, and schedule their work time around optimal waves. In an era where top-heavy surf companies are bailing out faster than a stand-up-paddleboarder confronted with a twenty-foot closeout, they might just have the right system for success. 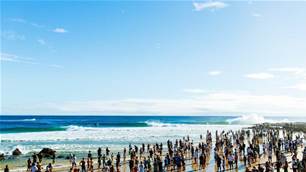