Tracks Deputy Editor Ben Bugden vents his frustration at the loss of the secret spot. 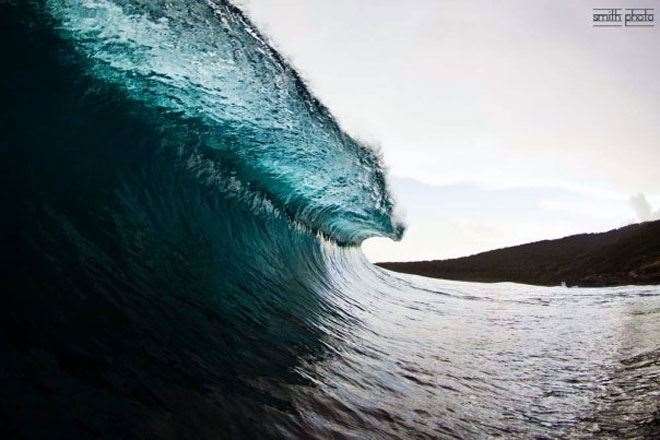 I was enjoying a bit of downtime in the office the other day, looking at maps of the east coast and dreamily planning imaginary surf trips, when my mind wondered back to a mind blowing surf I lucked into a few years ago.

I was in the area surfing a few of the better-known waves with a mate when I met a few of the local boys I half-knew in between surfs. We got to chatting and discussing the conditions when one let slip that it might be ideal for a certain reef set-up off the beaten track. The others looked at him accusingly, but realised we weren’t going to let it go, so they reluctantly [and perhaps somewhat fearful of the repercussions] agreed to let us tag along.

The break itself is not exactly what you would call easily accessible - a good hour walk each way mixed in with steep hills and a few hundred stairs, but when we finally arrived it soon became clear that every step was worth it. After pushing through a tightly packed tunnel of bush on hand and knee, we emerged to witness a four-foot A-frame flawlessly reel off along a shallow shelf, and the best part - not a soul in sight. It was the sort of session that restores your faith in humanity. I remember feeling so privileged to have been trusted enough by the boys to be shown this place and I perfectly understood what my part of the bargain was. To keep my mouth shut, and if I ever came back, pass it on to a trusted mate if I must.

Wanting to continue my reminiscing, and looking for something to connect me to that day, I brought up the lazy mans brain [google] and typed in the name of the break, the area, the closest beach and finally the word surf. ‘There’s no way’, I thought to myself as I clicked the search button. I nonchalantly began reading the top result, not expecting anything, when to my horror I realised I was actually reading detailed instructions on how to find the wave, what conditions it worked on and it’s GPS co-ordinates [which are wrong thankfully]. I clicked through to the well-known site [that shall remain nameless because I don’t want to give it any more traffic] to find out more. Distraught locals and others who have experienced the place had left comments full of both anger and despair, pleading for it to be taken down, but judging by the dates the comments were left [some as far back as 2008] to no avail. The site claims that if you are unhappy about a secret spot being blown out you can contact them and they will review it, but I guess comments don’t count? The worst part is that it is surfers themselves that are posting the details. So it had to be someone who was trusted to the secret that has posted it for all the wicked vans in Australia to see.

Fuming, I began venting to anyone within earshot, but that was before I remembered that not too long ago I myself was heading overseas for a holiday, and not familiar with the area, scoured the net in search of the closest waves to my destination, and guess which site pointed me in the right direction. Hmmm, controversial. Tracks itself has been accused of letting the cat out of the bag in the past. Maybe it’s true, but that was more than likely due to ignorance, a different time and the fact that surfing wasn’t society’s favourite pastime back then. But it is now a strict policy not to name spots to protect the surfing oasis, and a lot of the time the staff aren’t even privy to the information. And we certainly don’t print detailed directions and GPS co-ordinates!

My stance is this: In this day and age it’s all well and good to publish the well known and established spots to give travelling surfers a chance to sample some waves on their journey, but to blow out a secret local treasure? That is just not on. It goes against everything in surfing’s unwritten law. Surely there has to be some sort of filtering by those running these sites to limit this happening?