Ever wondered why the Gold Coast hogs four or five of the best sand-bottom points in the world? Why Crescent Head, Scott’s Head, Hat Head or Saltwater pale in comparison? Could a man made wave ever get this good? Gimp man thinks so. 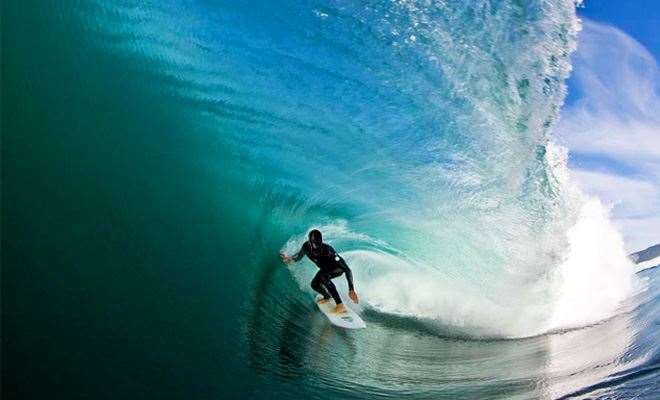 Could a man made wave ever get this good? Gimp man thinks so. Pic: Smithy

Ever wondered why the Gold Coast hogs four or five of the best sand-bottom points in the world? Why Crescent Head, Scott’s Head, Hat Head or Saltwater pale in comparison? And whether with a bit of tweaking – a few sandbags here, a few less rocks there – surfing communities couldn’t sculpt or at least enhance existing waves in there own backyards?

Queensland surfer Greg Redgard didn’t just think along these lines – he did something about it. Redgard is from a place called Bargara, which you probably haven’t surfed. Tucked in a swell shadow behind Fraser Island and the southern tip of the Great Barrier Reef it’s no surf mecca. But it does have fun waves and enough keen surfers to maintain the Baragara Boardriders Association.

Redgard lobbied the local council for 17 years to remove rocks from a local swell magnet called Burkitt’s Reef and finally received permission in the late 90s. A Kobelco hydraulic excavator and a track machine with an extendable digging arm was used to split and rearrange boulders at low tide (the area has three meter tides). The total project cost around five grand and was raised by the Redgard, the boardriders and local businesses.

It was the world’s first planning authority approved surf spot enhancement and it was a success. Prior to the ocean floor re-alignment Burkitt’s Reef was considered a fluky high tide-only wave with obtruding boulder hazards and a deep gutter that split most waves in two.  Afterwards? A “smooth peeling lip with some barrel action” is the word.

Redgard will be one of the presenters at the 7th International Surfing Reef Symposium which will be held at Bondi on the 19th of March (scenic room, Bondi Surf Club). The focus of this years forum will be to look at the “scientific and practical aspects of reef re-profiling and artificial surfing reefs”.

Barton Lynch, 1988 World Champion, will MC the event and other presenters will include Dr Shaw Mead who’ll talk about reefs built in Perth and New Zealand, and Andrew McKinnon who’s goal it is to see a surfing contour at the Superbank and Kirra.

The National Surfing Reserves Professor Andy Short will have a say and Steve Barrett’s steel Reef concept will get an airing. And that’s not all folks. For a complete list of guest speakers and subjects check out www.surfingramps.com.au Or hit up event director Andrew Pitt at andrew@surfingramps.com.au