A light-hearted look at some surf related product and cultural movements.

Those lucky enough to remain employed during the pandemic may find themselves without access to the usual avenues for burning money. Some version of the silver-lining shoulder shrug “at least during Covid I’m saving money,” notion has run through quite a few brains. As extra money jangles and warms the pockets of boardies, the algorithms start to cook. As if by magic, the interwebs light up the ‘gram feed with Mason Ho ripping in some newly released throwback Rip Curl shorts. The Mikey February Vans collab is looking inspired as well. Rather than let indecision cripple spending, be pragmatic. Before going out and buying all the shorts and surf accessories, consider whether they are really hot or not.

According to Rip Curl, the “Surf Heads” collection draws a line from the Dead Heads of Newport Beach, 1976 to the counterculture of 2020. The Mirage is an iconic trunk featuring modern tech overlaid on what Rip Curl calls a “spaced out” tie-dye pattern. It’s a pretty rad pattern, but to rise above Banana Pepper, perhaps they could’ve avoided boxing the blue and green in with all that black and maybe have thrown some pink in the mix! The only other minor gripe would be the rear Velcro pocket. Fine in the surf, but a little clunky on land. People have keys in 2020 and nobody wants to sit on them. People have phones on land and nobody wants to sit on them. Unless you’re Mason Ho and your photographer can hold your keys, then you’re sweet.

During the 2019 cbdMD Jaws big Wave Championships, a skyscraper dropped on Albee Layer’s head. After dealing with a concussion, confusion, pain, and mood swings in the aftermath, Layer started surfing in a helmet. Today, greater funding and focus are devoted to researching concussions and head injuries across sports. Athletic participants don’t always recognise or acknowledge the dangers inherent to their sports, so seeing Layer rock a helmet represents a positive shift. Layer’s recent “Make helmets cool” posts and his outspokenness regarding brain safety may even be inspiring younger Maui rippers like Jackson Bunch to surf Pipeline in a helmet. Jalepeño is a sensible level of heat and the choice to wear a helmet for immediate brain protection and to avoid CTE in the long-term is as sensible as it is hot.

Somehow found a take off couldn’t quite find a landing. . . I hope wave pools get bigger soon. It’s so frustrating waiting months for swells and wind then hours for just a few proper sections. But that’s what’s fun too I guess. 🎥 @7nine6

While the question of whether to wear a helmet feels divisive and the bias against helmets arguably represents a problematic holdover of surfing’s conservative old guard, the bias against webbed gloves is unproblematic and universal. With the pervasiveness of SUPs, the webbed glove non-issue is somehow even less of an issue (über non-issue?). The choice is clear: paddle with bare hands or paddle with a paddle. The only obvious safety afforded by webbed gloves is avoiding fibreglass splinters from the inevitable dings incurred after offending nature (or feisty locals) by paddling out with webbing. Webbed gloves are super not hot. 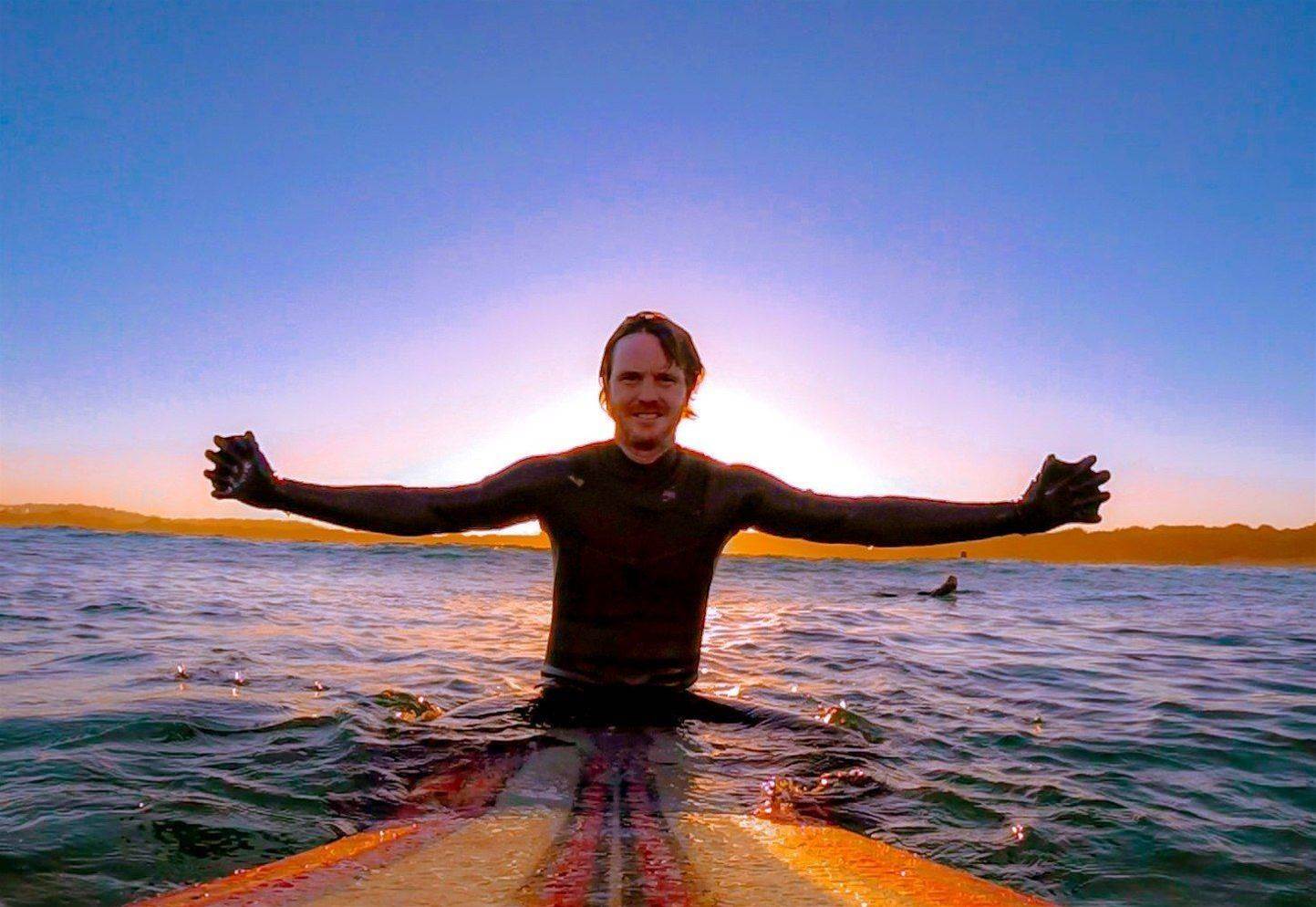 Style is Mikey February’s brand. From the inward flair of his back knee, as he flows down the line to his double arm-drag cutbacks, February surfs with a distinctive panache that stands out among the elite cohort of travelling professionals. The choice to embrace a sub-Saharan Africa aesthetic has been industry-supported through events like the J-Bay Highline. His Nü Rythmo edit was flames and his African record collection acquired on surf trips and celebrated on social media, slaps. The barbershop graphic tee weds the African vibe and the nervous energy common to an incoming swell or a fresh haircut while incanting the collection with an “old skool” spell that hypnotises with its thrilling hot-ness.