It’s not just about arriving a few days before an event and paddling out on a fresh step-up in amongst a madding crowd.

As we have stated before, a lot about winning in Hawaii is to do with experience. The waves, while often looking remarkably pristine and mechanical (while being ridden by the best surfers on the best days of the year,) are actually complicated. In other words, waves on the North Shore can be wonky, and difficult to ride, and none more wonky than Sunset Beach. Give it a nice solid size (Hawaiian) a little puff of wind, and just the other side of tide, and you have somewhat of a beast of a wave.

Not too much to worry about for our favourite Hawaiian Mason Ho, who outpointed young Jack Robinson in the final for the victory at the HIC Pro. This, however, is not just about the contest victory. It’s about lineage, and about hard-earned local knowledge. 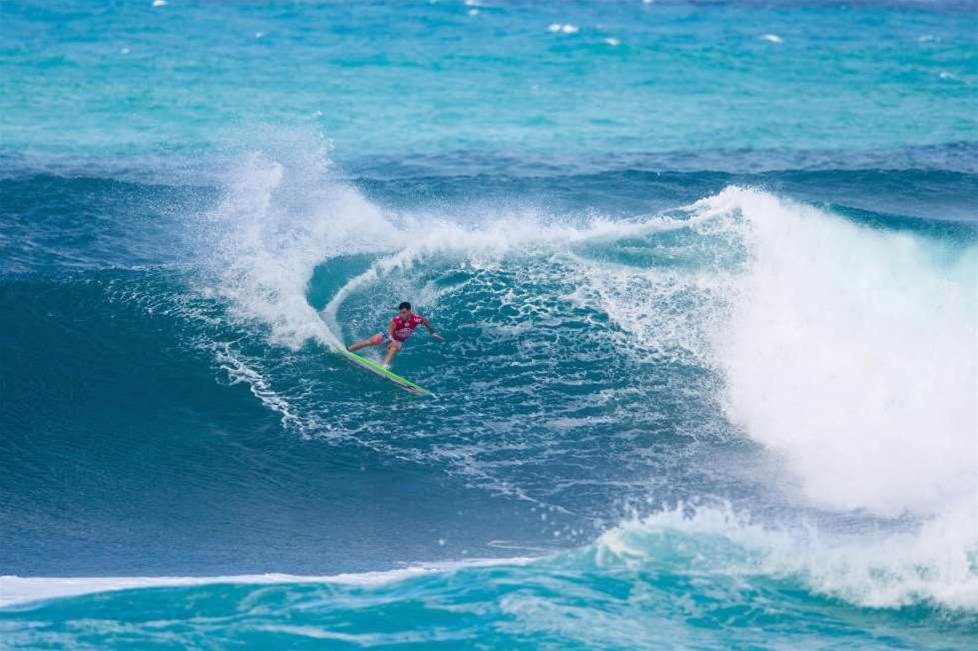 A quick look at the results will reveal these Hawaiian names:

Mason, Makuakai Rothman, Koa Smith, Finn McGill, Ian Walsh, and even Sunny Garcia somewhat lower down, to name a few. The argument that it was an Hawaiian event with mainly Hawaiians in it doesn't gel. There was an Australian in second and a bunch more in the event. There was a Tahitian in the results, an Italian in there, a surfer from Puerto Rica, a South African, a New Zealander and a whole slew of Americans. This was a global event.

The only way to get to know a wave like Sunset is to surf it as often as possible, in all of her moods. It was what Gary Elkerton used to do in his prime, and as a result saw him win two Triple Crowns. Kong would stay at Sunset for three months, go down to the beach in the dark, and either paddle out for a surf if there were waves to ride, or go for a swim in the dark and feel the ocean.

Every day for three full months.

That’s very different to surfers losing early and getting the first flight out of Dodge City to get back to their loved ones and Christmas celebrations. It’s very different to surfers who arrive a few days before an event, try their bigger boards out in ridiculously crowded situations and get frustrated in the process. It’s very different to those surfers who hop around at Rocky lefts, desperately looking for the photographers, and then paddle out at Sunset and shoulder hop a few sets because it’s in their contracts to compete at such events before heading back to the Turtle Bay Resort for poolside cocktails.

It’s the same theory that sees Jordy Smith always look the standout at JBay, and it’s the theory that worked for Adriano by living and breathing Pipe last year for a season, with the help of Jamie O’Brien. Time spent in the water, at the break.

Of course it is a sacrifice. When Kong used to paddle out at Sunset on smaller, shit days, there might have been perfect waves and throngs of photographers at picture-perfect Pipe or stand-up tubes at Off The Wall, with everyone getting coverage and attention. He knew however, that he wanted to understand Sunset, to figure it out, to get the wave in his blood. Much like Mason has from years of surfing out there, following his dad out to the backline, figuring out the west peaks from the north peaks, knowing which ones are going to run through the bowl and which ones are going to shut down.

“All the champions on the list, they all have all this knowledge,” reckons Mason.

This time it was his game though, with a nine-point ride in the final sealing the deal.

The Hawaii big wave season has hit, and the Vans Triple Crown is expected to get underway in solid surf on opening day of the holding period for the Hawaiian Pro, which is November 12 -23. 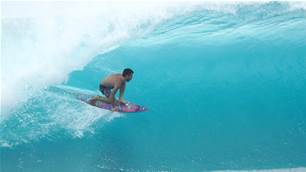 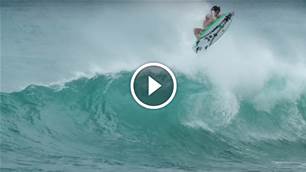 Mason on Dad's Board 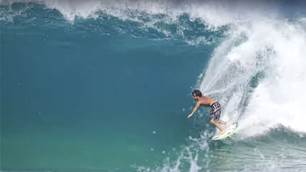