Eyes firmly set on getting back on tour.

It seems like a long time since Matt Banting was in the surfing spotlight.

The guy had a shocker in 2016 and then fell off the face of the earth.

Of course, in reality it was a little different. Suffering chronic inflammation in the hip and groyne, he was out of the water for ten months in 2017 and got dropped by long-time sponsor Quiksilver, so he wasn’t really in a position to blow the collective surf world’s mind.

Last year, in his first season back on the QS, he finished 40th, despite having no major sponsors and missing the QS10,000 event in Cascais.

This year, in his first event at the Great Lakes Pro last week, he won convincingly. Sure, it was only a QS1,000, but his performance was the impressive part. With all due respect to his competition, he was a cut above. His timing, his surfing, the way he put his heats together—it’s hard to imagine talent like that not getting back where it belongs. 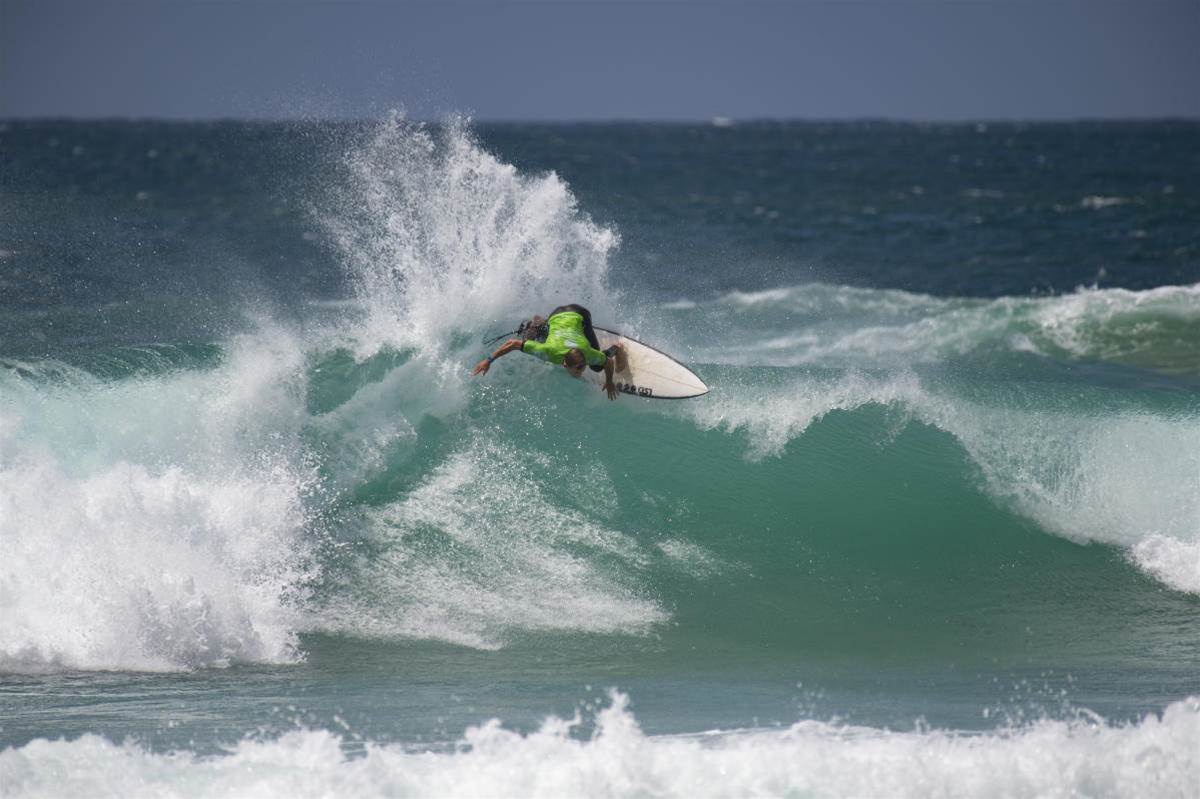 Banting's backside attack was a lethal component of his victory in the recent Great Lakes Pro. Meanwhile, his Insta account is well worth a look.

And that’s exactly what he intends.

‘It’s definitely my goal to requalify,’ he told me after being presented with his first winner’s trophy in four years. ‘I’ve gotten a lot stronger. I’m more of a complete surfer. That’s what my focus is at the moment, to keep improving and meet those guys on tour and win up there. ’

Check out his Instagram and it’s hard to argue with what he says. Week after week clips go up and they all point to something of a complete surfer. Crisp, unhurried lines are mixed with big controlled airs. Everyone who is anyone is left awestruck in the comments. It’s seriously a contender for the best and most consistent Instagram in surfing.

‘Me and my dad just film for coaching clips and to improve my surfing, then we started to get some good feedback so I kept the ball rolling,’ he said. ‘I’ve found a little niche.’

Considering the value brands put on social media these days, it’s crazy to think no one’s picked him up. But it might be good in a way. Matty Banting was never meant to be just a freesurfing social media darling. This is a kid who had one of the best competitive records in all of surfing. With results starting to filter back in, whoever puts him on their payroll is going to get a complete package.

‘There’s a bit of talk at the moment with a couple of potential brands,’ he admitted. ‘I’d love to lock a sticker onto the top of my board and be more financially secure.’

Surfing this good deserves to be supported.