The new Mavericks event will run, and Jeff Clark is at the helm.

It has been 20 years since Flea’s first win out there at Mavs, and it has been 4 years since there was an event of any sort out there. The last one was the Titans Of Mavericks event that was won by Nic Lamb in 2016. In the midst of those two contests, there have been volatilities – companies going bankrupt, Twiggy being banned by the pompous Committee Five, and the event license being snatched by the WSL two years ago. It has been a strange and complicated run of events.

It seems the WSL wasn’t that keen from the start. They didn't run it last December when it could have gone, and then the women, who rightfully wanted equal representation and equal prize-money, stood-to-arms. It was no real surprise when the contest was called off, along with the rest of the Big Wave Tour pretty much, as the WSL suits started preaching their new doctrine of ‘storytelling.’

Well, the crew at Mavericks is trying again. The new event is a direct rip-off of the long-running WSL Big Wave Awards, formerly Billabong XXL Big Wave Awards, created by Bill Sharp back in the 1990s and bought by the Paul Speaker-run WSL five years ago.

This new event, the Mavericks Surf Awards is going to most definitely steal the thunder from the WSL Awards and in doing so, is probably going to rankle some of those people over there at WSL HQ. Introduced by Jeff Clark and local entrepreneur Chris Cuvelier, they most likely have broad enough shoulders to deal with these issues, should there be any. 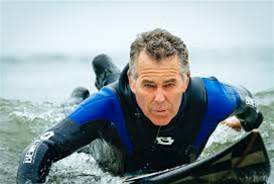 Running along the same lines as the WSL Big Wave Awards, these awards will obviously do away with the need for safety teams (no liability), permits, invitee list squabbles, gender tiffs, pay parity disagreements and the banning of surfers from the events. Every session, and every wave, forms part of these big wave awards, and it’s open to all. Well, the ocean is open to all, so it's a bit of a silly point to make.

As both of the big wave guilds are basing their awards on videos and photographs, the best rides at Mavs are most definitely going to be in contention at both prize-giving ceremonies in a few of the categories. Therefore the WSL won’t have exclusive ownership of a ride so to speak.

What is clear is that the WSL are carrying on with their successful awards. When Tracks reached out to them, the WSL kindly replied.

"The World Surf League looks forward to hosting the annual WSL Big Wave Awards, and in 2020 celebrating the BWA's 20th year. Our goal for the WSL Big Wave Awards is always to elevate the filmers, photographers, and surfers from the big wave community, honoring the best big wave performances of the year on a worldwide basis."

What is also very clear is that the Mavericks awards are not going to reward recklessness. Rides have to be ridden to completion in order to be in the running, and there are no wipeout awards, bringing an emphasis on safety and completion that does not exist elsewhere. The WSL Awards give a number of prizes to those surfers who wipe out, as well as the photographers and videographers who capture them.

Either way, Mavericks is back, making a claim as the ultimate big wave testing ground. 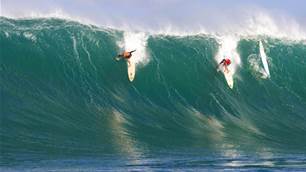