Imagine waking up to flawless, empty Lance’s Rights only to be told that the lineup was off-limits because of COVID-19 restrictions. For surf charter operator, Guy Morgan, that has been the scenario over the last few months. Guy was locked down at Lance’s Right, building his family home, when the strict no surfing laws were introduced to the world’s most wave-rich island chain, The Mentawais. The gut-wrenching, psychological torture associated with watching Lance’s Rights go unridden is captured with hilarious honesty on Guy’s Instagram post below.

While landlocked in a surfing wonderland, Guy also had to try and make sense of confusing reports and information relating to the impact of the virus on the Mentawai region and Indonesia at large. The Indonesian government initially played down the rate of infection, but the limited testing facilities meant that it was difficult to get an accurate indication of just how many people had contracted the virus in what is now the fourth most populous country (267 million) in the world. At the time of writing, the official number of cases is 28 233 (1698 deaths) but some believe the real figures are far greater.

In a region like the Mentawai Islands, the economic impact of the virus is also a little more acute. The shock to the economy can mean that food shortages potentially pose a greater threat than the virus.

Below, Guy talks about the anguish of surf deprivation, turning to photography to kill the time, and how resort and boat owners have pitched in to ensure Mentawai communities have access to food and supplies.

Have you personally witnessed perfect waves going unridden? Whereabouts?
Perfect waves have rolled in throughout the island chain with multiple swells popping up in conjunction with favourable winds. Being such a surf rich area there is always somewhere with great surf to be had.

Obviously, there are bigger issues at hand, but it must be a torturous process?
Very torturous process, but the whole world is affected with this COVID-19 crisis and every country is dealing with it differently. We are lucky enough to be stuck in a beautiful, warm, paradise – Lance’s Right aka HT’S. 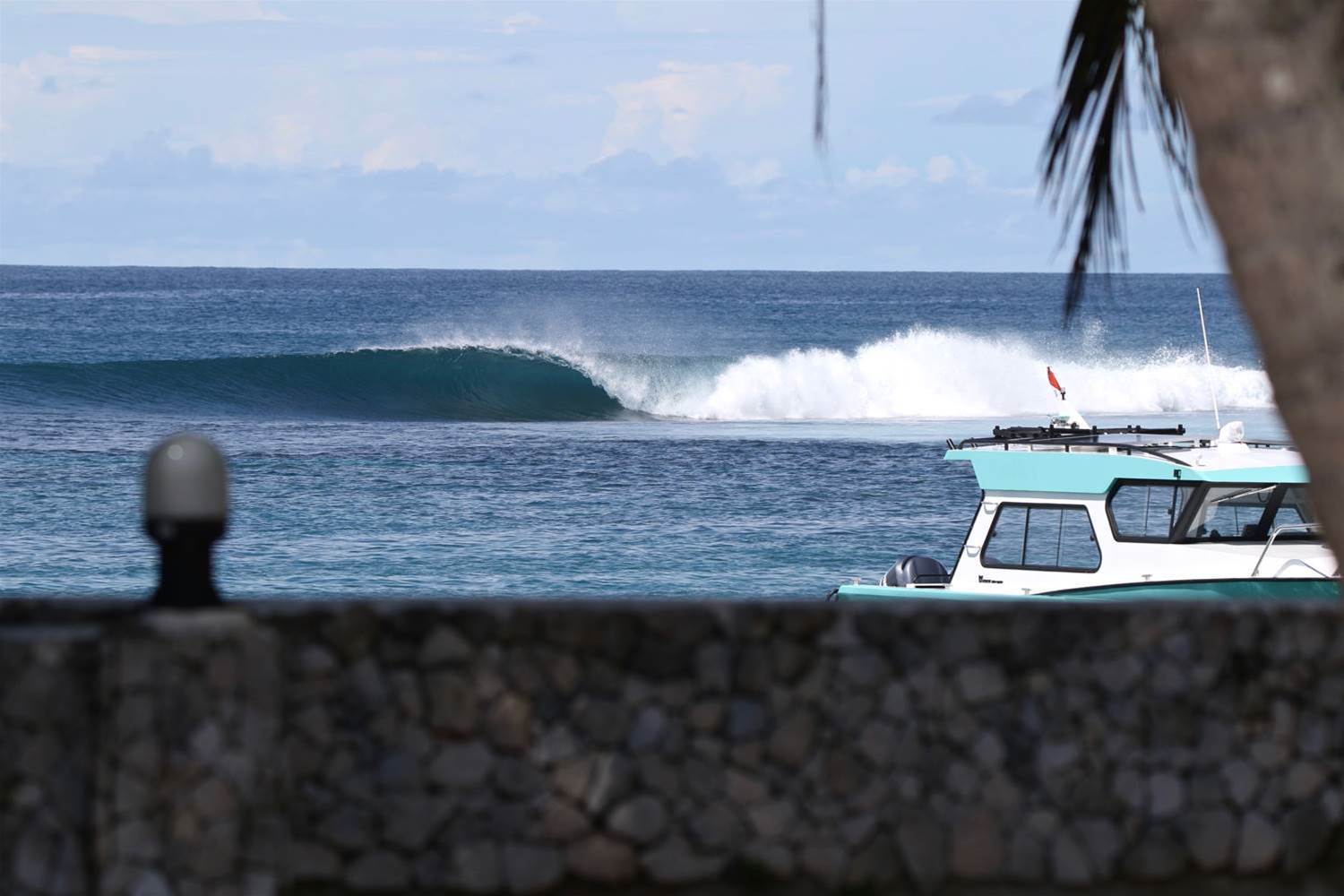 It’s difficult to get an accurate gauge on the impact of corona in Indonesia. The testing has not been particularly intensive. Have you heard or seen anything which provides an anecdotal insight into the impact?
To be honest, before the whole Coronavirus started taking its toll I was posted up in the islands and we heard everything unfold out here, so we have been receiving many mixed reports, a lot more positive than negative and the Indonesia government have handled the situation at hand very professionally. Accordingly, with regards to the spread of the virus getting to the Mentawai Islands, there were three reported cases that were announced, but turned out to be negative and the government is taking very serious precautions to ensure there is no spread of the virus to these regions. Local authorities have locked down individual villages and are taking the precautions advised by the government.

There were rumours that Padang Port in West Sumatra, the gateway to the Mentawai Islands, was hit hard by the virus.
With regards to the virus affecting Padang, we have had mixed reports and rumours that it was a red zone, but currently business is taking place as usual and people are out and about. The people of Sumatra have been following government protocol seriously and no sudden spread of the virus or activity has been announced or on public display. Please do not quote me on this as we have stopped following the news due to so many mixed reports online.

What was the directive given to boat and resort operators in the Mentawai region in regards to surfing? Who gives the directive (local, national) and who enforces it?
We were informed by government officials to not operate until certain dates, which are currently uncertain for 2020 as we speak, to ensure no spread of the virus from foreign and local tourists visiting the regions of Sumatra. Transport operators are taking very strict measures to ensure all the people are safe and virus free and only supplying cargo to the main ports in the islands and distributing it accordingly. HT's stacked with lines but no surfers to be seen. Photo: Guy Morgan

What was the suggested punishment if you were caught surfing in the Mentawai region? Gaol, fines? Closure of a business?
There were letters issued that mentioned fines if rules were not followed. However, most importantly what the government have been focussing on is ensuring the virus has not got out of hand or is spreading further afield –they have been doing a great job of that.

You are also a photographer. Was it a unique opportunity to capture shots of empty waves that might otherwise always have a rider on them?
The Mentawais is every surf photographer’s dream and there are always unique moments to be captured whether there are surfers in the water or not, but seeing blank canvases provided by mother nature is always a blessing to the photographer’s eye. How have the Indonesian communities in the Mentawais been affected by the virus?
The local economy has been affected of course, as all resorts and boat operators which supply the tourism sector for this region employ local people and without any business taking place everyone is out of a job, especially at years end, all operations have upgraded and done the necessary work to ensure the standard and safety of foreign tourists visiting the Mentawais. The timing of COVID-19 has had its impact on all operations and vessels alike.

It has proven to be a tough time for the local economy, especially the Mentawai people as the income they rely on is not coming in, and a lot of people are relying on natural resources such a fruit and vegetable harvests and fishing, which the government has not banned. Supply vessels are cut down to twice a week and the government are doing a great job at supplying the local economy with the sustainable goods and everything necessary for a balanced and staple diet.

Several charter boats and resorts have been providing aid in all areas, whether at local hospitals or directly to the local communities to ensure they are getting the support needed.

What have you been doing to occupy your time in the absence of surfing and catering to surfers?
I have been building my family home here in Katiet and hanging out with my friends who are stuck out here and are resort operators at HOLLOW TREE'S RESORT –www.htsresort.com

Fishing has kept us occupied and we have been providing the local village with fresh fish – particularly those who do not have access to fishing or the local market supply. Does it start to feel a little bit like going back in time, as if the zone is returning to some kind of untouched tropical paradise?
Yes most definitely. It has felt like we are going back in time with no surfers about, but there are many occasions whilst on charter where you feel the serenity and seclusion of these wave rich areas and time stands still.

What if international travel to Indonesia is not permitted this year?
Hopefully, it does not come to this and the travel ban is lifted ASAP, but yes business will still commence if the travel ban is lifted. I believe all surfers have a far more adventurous side than your average Joe, and if travel allows, the frothing surfers will be here in heartbeat.

Is there any correspondence between Oz diplomats and Mentawai politicians, or figure-heads.
To my knowledge, the diplomats of Australia and other countries do not have a huge amount of correspondence directly with the Mentawai government as they are dealing with this worldwide crisis and have more important things to focus on. A lonely left coiling into the abyss. Photo: Guy Morgan

Is there a role there to play?
No. There is no role to play, the government are handling the situation as best they can, and officials are listening to the orders directly from the top to ensure the country is safe and sound and ready to allow the tourism sector to open up once again, and for opportunities to arise. All we can do as operators is respect their decisions and follow protocol.

The WSL has announced they will decide the World Title in 2021 via a surf-off between the final six or eight competitors. When that concept was floated initially, the Mentawais was discussed.

This would be an awesome concept and great platform for the surfing world.

Will some of the resorts and operators be forced to cease trading?
At this moment in time it is so hard to say as most operators keep to themselves, and I think only time will tell what the foreseeable future will hold for resorts and vessels. I think it’s going to be a case of survival of the fittest and how well they manage and keep their operations afloat in this crisis.

One imagines there will be a massive demand for surf travel the minute restrictions are loosened up.
Yes, I think the surf travel industry has taken a big hit in this crisis as they rely on bookings to make their income, and it’s not only Indonesia that has been affected it’s worldwide. It is going to be very interesting to see how the surf travel industry reacts to this crisis once the travel ban is lifted. I think all surfers are sitting on the edge of their seats and planning on their next adventure as soon as the gates open.

Are surfers reserving spots already or simply rolling over trips that were booked but could not be undertaken?
None of my clients have lost their trips. We have simply rolled trips over to 2021 and we have enquiries and bookings taking place for the future. From my correspondence with other operators, they are doing the same and letting trips roll over and looking after the clients that have already booked their surf trips. 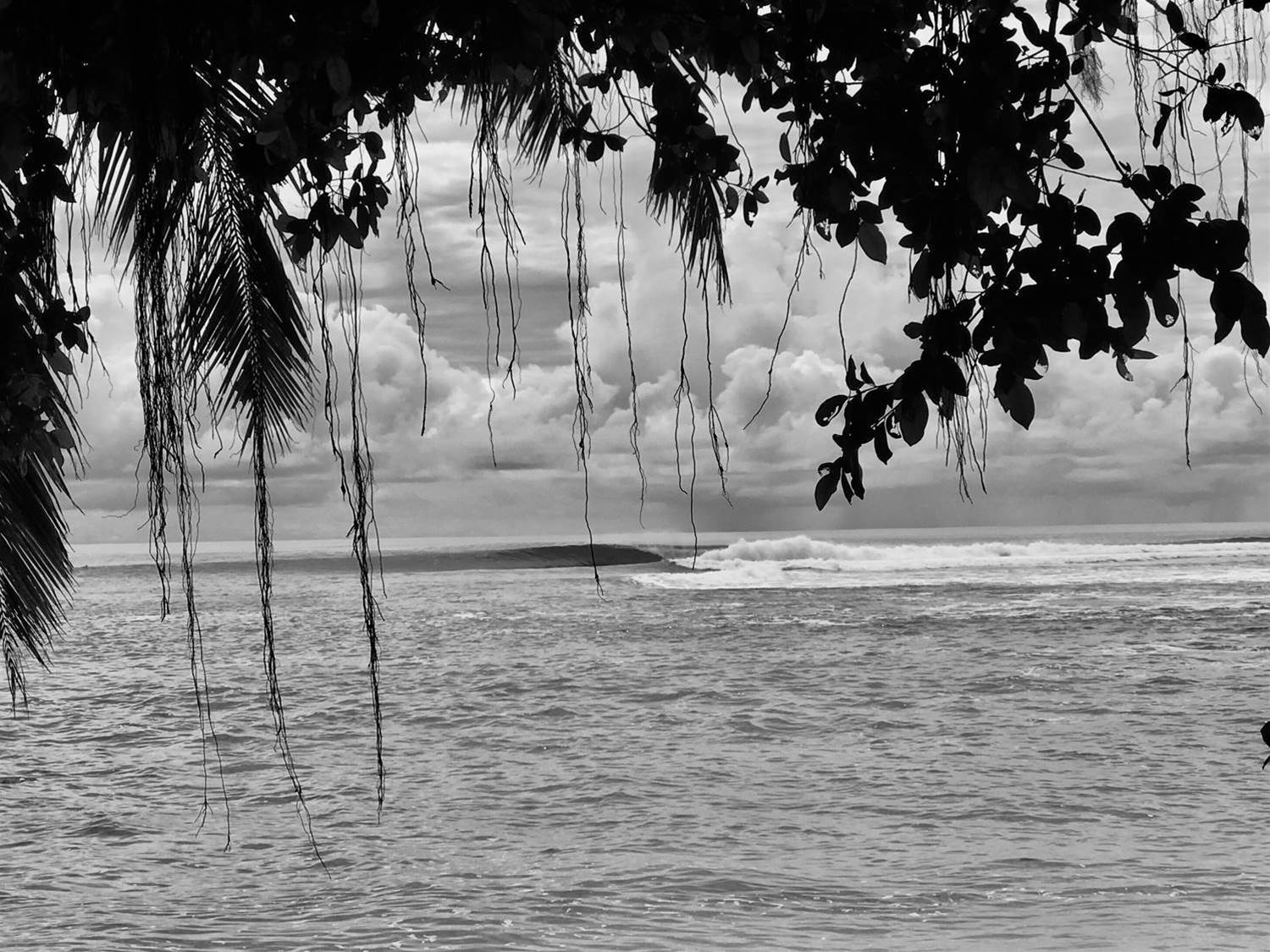 Nothing to do but watch and wonder what might be. Photo: Guy Morgan 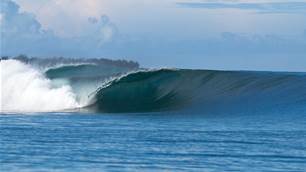 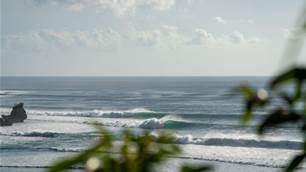 I’m an Australian in Bali, Get Me Out of Here!