Candid commentary from an ex-pro makes watching so much more fun.

The general consensus amongst most fans is that Gabriel Medina has looked almost unstoppable up until this point.

At Newcastle, only the frenetic wizardry of Italo could stop him, while at Narrabeen Gabby turned closeout peaks into trampolines to blitz the opposition. In the early rounds at Margarets Medina looked ominous, hurling his thoroughbred quads through hefty backside hooks and then strong-arming his way out of impossible end-sections.

However, a wound-up, intensely focused Gabriel Medina has one competitor who can always beat him – himself. Seth Moniz learned that if you can rattle Medina’s cage he can go into meltdown. Medina and Moniz nearly became tangled early in the heat and Moniz was later adamant that he felt an interference should have been called against Medina. It didn’t matter because Gabby self-imploded.

It was a treat to have Taj Burrow in the commentary box calling the heat. There was no sugar-coating from Taj as he expressed his view on what transpired between Moniz and Medina. “That’s a big scalping that one,” exclaimed Taj. It was the kind of savage commentary that would make Joe Turpel shudder and reach for the rainbow fruit tingles. “I can’t believe he (Gabriel) couldn’t get a four in forty minutes,” continued Taj, astutely summing up what everyone was thinking.

This was all after Taj told the world he only ever surfed Margaret River Main Break in contests. “I only surfed it in a heat when I had to,” insisted Taj. It wasn’t the sort of glowing endorsement the WSL was hoping for, but again the honesty was much appreciated by the web audience.

If Taj wasn’t willing to polish a turd, Griffin Colapinto was happy to tell us about the ‘number two’ he needed to do. The Californian easily eclipsed Jeremy Flores, but he is making a habit of going into detail about his toiletry habits. At least he wasn’t bogging rail.

Australian fans were grateful to see Ryan Callinan continue his backside demolition act on the Main Break rights. Callinan overwhelmed good made Fred Morais. The two are close and the fact Ryan ruthlessly dispatched Fred from the event suggests he is developing the killer instinct required to be a contender.

It was a downer for Oz fans when Julian Wilson let Jordy Smith snaffle a last-minute victory. Rabbit Bartholomew has some classic, old-school surfing metaphors and suggested that Julian ‘left too much on the table’ for Jordy.

Jordy had already conceded defeat and shaken hands with Julian, despite holding priority with a minute to go. However, when a left (those ones nobody seems to want at Margaret's in a contest) popped up, Jordy slammed two backside snaps and begged the judges for the score. To borrow another of Rabbit’s one-liners, Julian paid dearly for not letting the safety valve out. 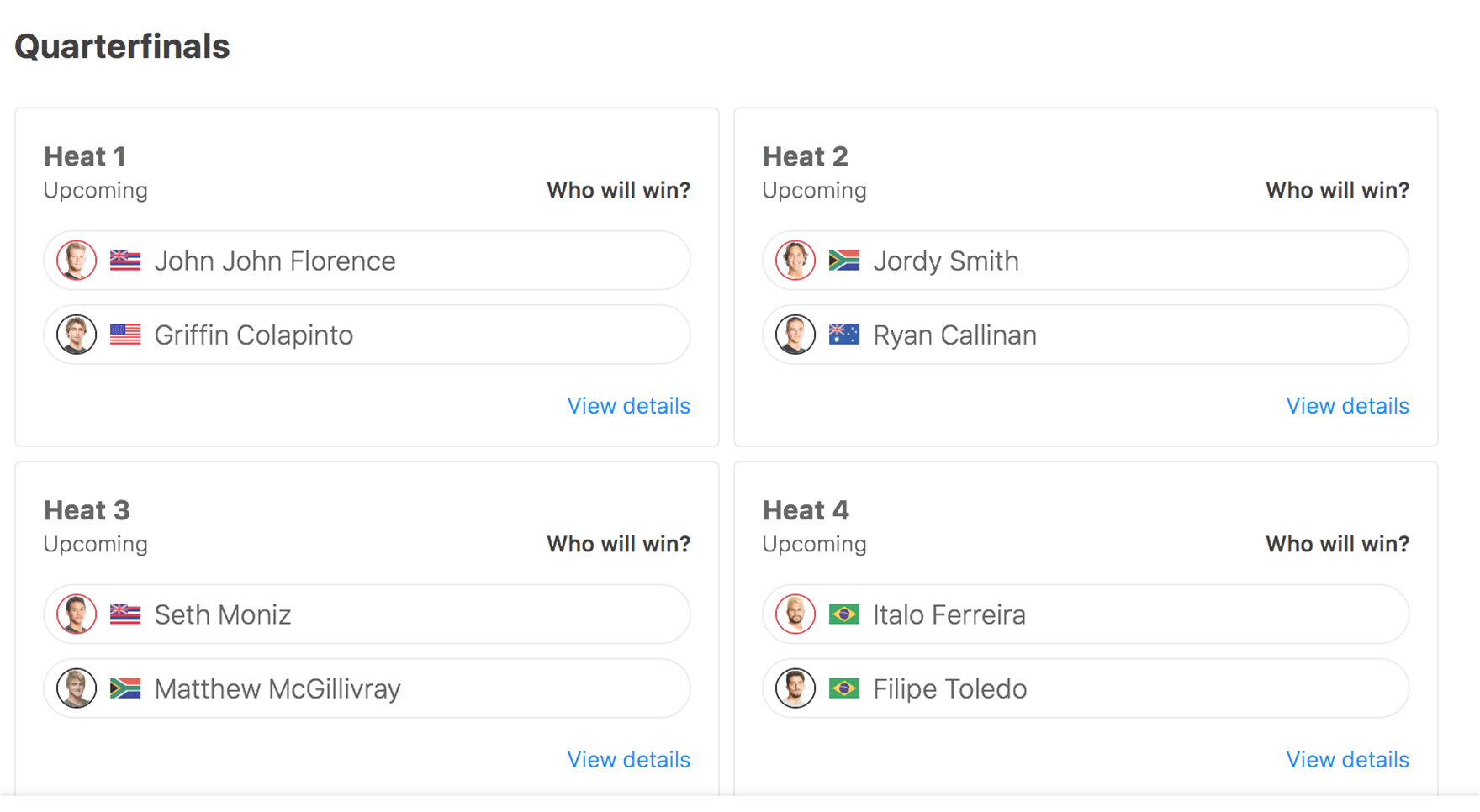 In the women’s, Tyler Wright’s patchy form continued as she went down to the tour’s most improved surfer, Tatiana Weston-Webb. The semi-final square-off between Carissa and Steph should be intriguing, while local WA fans are pinning their hopes on Bronte Macauley to overcome Weston-Webb and claim a home-town victory.

There is talk of The Box (but there is always a lot of talk) as the potential venue for finals day. Let’s hope it’s an old-fashioned tube duel for the women and the men. 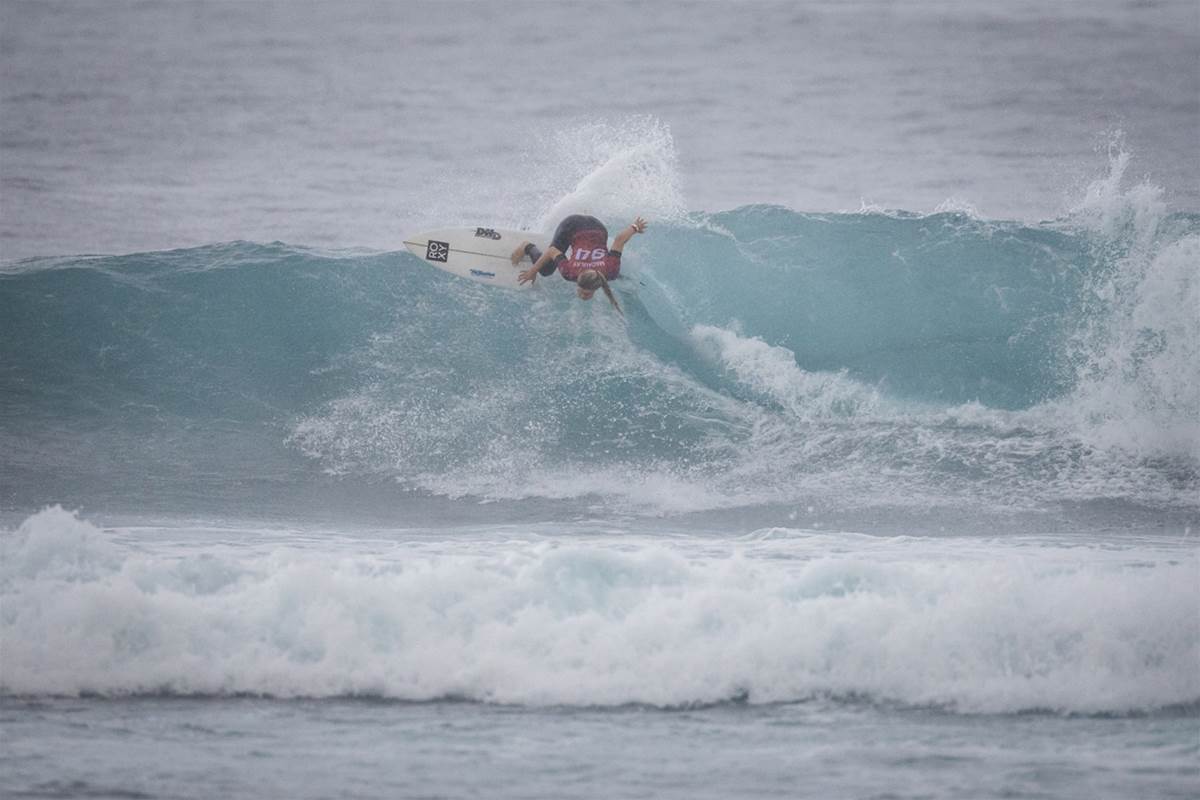 Home-town favourite, Bronte Macauley will take on the much improved Tatiana Weston-Webb in the women's semi finals. 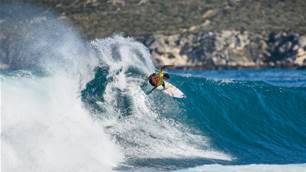 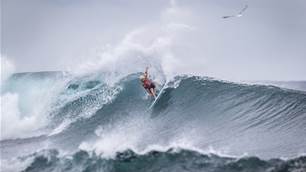