Mitch Coleborn provides the upset of the year.

You’ve got to give it to Gabby, the guy knows how to make the most of an opportunity.

Case in point: with the tour already headed to Keramas for the Bali Protected, your 2018 world champ sees a humble QS3000 on the calendar for Krui and thinks, ‘Fuck it, I’ll go score some hell waves and pocket a sneaky $10,000 while I’m at it.’

Genius plan … except it didn’t pan out that way.

First heat for the heavy favourite and he comes up against 38-year-old Canary Island journeyman Jonathan Gonzalez, who has an absolute blinder and beats the champ in the kind of lefts that couldn’t be more suited to Medina.

Also in the heat and not counting on Gonzalez was Jack Robinson, who, sitting at third on the QS, must’ve thought he’d have a better chance of scoring a keeper result in pumping waves in Indo than he would at the grovel-fest QS6000 in Japan.

He didn’t. He had a shocker and slipped to sixth on the rankings. 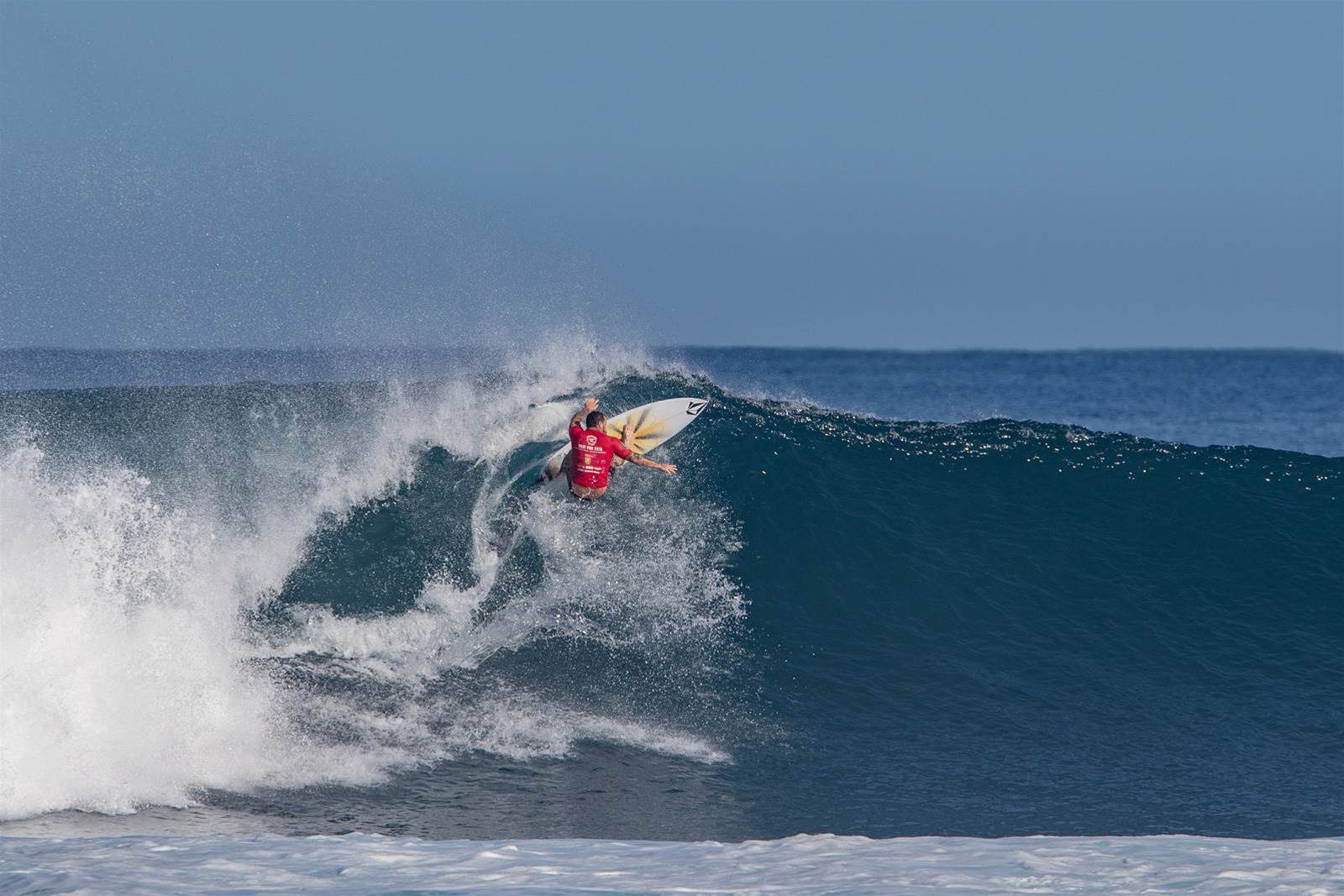 But back to Medina.

The champ resets, shakes off the second place as what it most likely was—a wily old dog having his day.

And true to the script, Gonzalez loses next round while Medina goes on a tear in the next two, posting 7s and 8s and generally doing his best to convince everyone that the title was as good as his.

Until another journeyman, the once much-hyped but never truly delivered upon Mitch Coleborn, steps up toe to toe with the champ in the quarters and, with a combination of luck, savvy and a less electric but nonetheless more vertical brand of surfing, does the impossible.

It was epic to see. Coleborn needing a score with minutes to go and nabbing one on the way back out, swiftly delivering three heavy-footed belts and grabbing the lead. Then Medina answering back, surfing with more talent but also lacking a little bit of his usual spark, and the wave stretching out but not quite standing up, so each of the champ’s five turns were a little flatter than Coleborn’s, a little less risky.

And the judges stood their ground, bless their hearts. No giving into the gravity of the moment, no overscoring the champ even though it would’ve been so easy to do—just three vertical belts equals more than five not-so-vertical turns thank you very much, let’s keep this train rolling.

The train ended up stopping for Coleborn in the final, where he went down by a couple of points to ex-world junior champ Lucas Silveira, who surfed beautifully, drawing long lines between each section and striking with the swift precision of some kind of Amazonian viper.

There’s talk of the comp going to a QS5000 next year and I say bring it on. The waves fired, the commentary captured the sweltering tropical heat and the whiff of Bintang on the arvo breeze, and a couple of battlers provided two of the biggest upsets in years.