Filipe remains on top, but Medina circles at the conclusion of the Pacific Ocean event.

Somewhat mercifully the 2018 Tahiti Pro Teahupoo has reached its conclusion. Gabriel Medina has claimed victory for the second time at the wave, once at its most ferocious in 2014 and a second time today at its worst.

After a promising trials event (ain’t that always the way), in which the beast we all want to see stirred, yawned and momentarily bared its teeth before rolling over and returning to its slumber, where it remained for the duration of the event, happily dreaming of crushing skulls.

Sure some of the waves on offer would be enough to give us plebs a split watermelon smile should we be lucky enough to surf them, but the weight of expectation at Teahupoo will always haunt it when it’s not at the very least threatening to tear limb from body. And this event was as bad as it gets.

Suffice to say interest levels have been low on my part. And that is why I only rose in time to watch the semi- finals this A.M.

As the blue light of my laptop pierced the darkness my eyes struggled to focus on Owen Wright threading his way through what looked to be a quite troppo and lovely looking tube before unloading a few big O’dog wraps on the inside. The scoreboard soon told me it was worthy of a 6.67.

It also told me Owen was doing battle with Filipe Toledo, the man who is both at the top of the Jeep Leaderboard and looking to send his Tahitian demons back underground. The semi final berth should keep him at the top, but the fact that Teahupoo hasn’t been bigger than four foot means that those demons may remain in residence until the event sees proper Chopes.

In the end the Semi is where Filipe’s Tahitian campaign would finish, as Owen, as he has done all event managed to stuff his lanky frame inside another tube for a 5.93 and a chance at winning the event.

Jeremy Flores knew the only way to win the second semi final against Gabriel was to drop anchor and pray. Pray that the wave which has been so kind to him in the past could deliver him a wave good enough to overcome Gabriel’s progressive attack.

Of course in order to do this Jeremy had to give Gabriel free reign over the mid sizers. A very dangerous game, which in the end proved fatal for Jeremy as Gabby systematically picked him apart like a vulture on a carcass. First with a tail high rotation and a series of belts on the inside that Gabby continued onto bone dry reef, followed by a full-rotation oop and a full weighted blast off the closeout.

However it’s worth of note that Jeremy did grab the biggest wave of the final, on which he got decently tubed and performed three turns, the first two of which were average, but the last precise and powerful. For this he was rewarded a mid-five, a score that in my opinion the judges took out of the oven way too early - undercooked. Jeremy could only laugh and give the judges a wave through a grimaced smile.

As the Final got underway, it was Medina who held his beloved inside position. However it was Owen who would snavel the first wave when a west bowl swung wide and both competitors motored for it. Owen’s Albatross like wing span got him into position, where he slid under the curtain into a clean tube to the rapturous praise of Barton Lynch. Owen made his way back to the takeoff spot with a 6.5 in the pocket of his boardies and the advantage.

In the same way Owen had used his knack for finding the tube to make his way through the draw, Gabby had decimated his opponents with a surefooted progressive act and the ability to do two turns where most only find time for one.

Gabby didn’t need the magic waves, just a decent coping so when he spotted a tasty crumbly looking number he pulled the trigger with priority. He wasted no time delivering a crazy extended tail throw reverse, before dicing the inside. It looked as though Gabby would take back the advantage but the number came up just short.

This is how it remained until with under two minutes to go a larger set stood up. Owen, who was holding priority and rightly scared of what Gabby might produce on it, decided to pull the trigger on the first wave of the set. He had to.

Owen put together a big layback, before setting the fins free on the second turn, and offering a foam climb on the third. Final stitched up until he pulled off and saw Gabriel threading the best tube of the final, stealing not only Owen’s tube kavorka, but also the event. 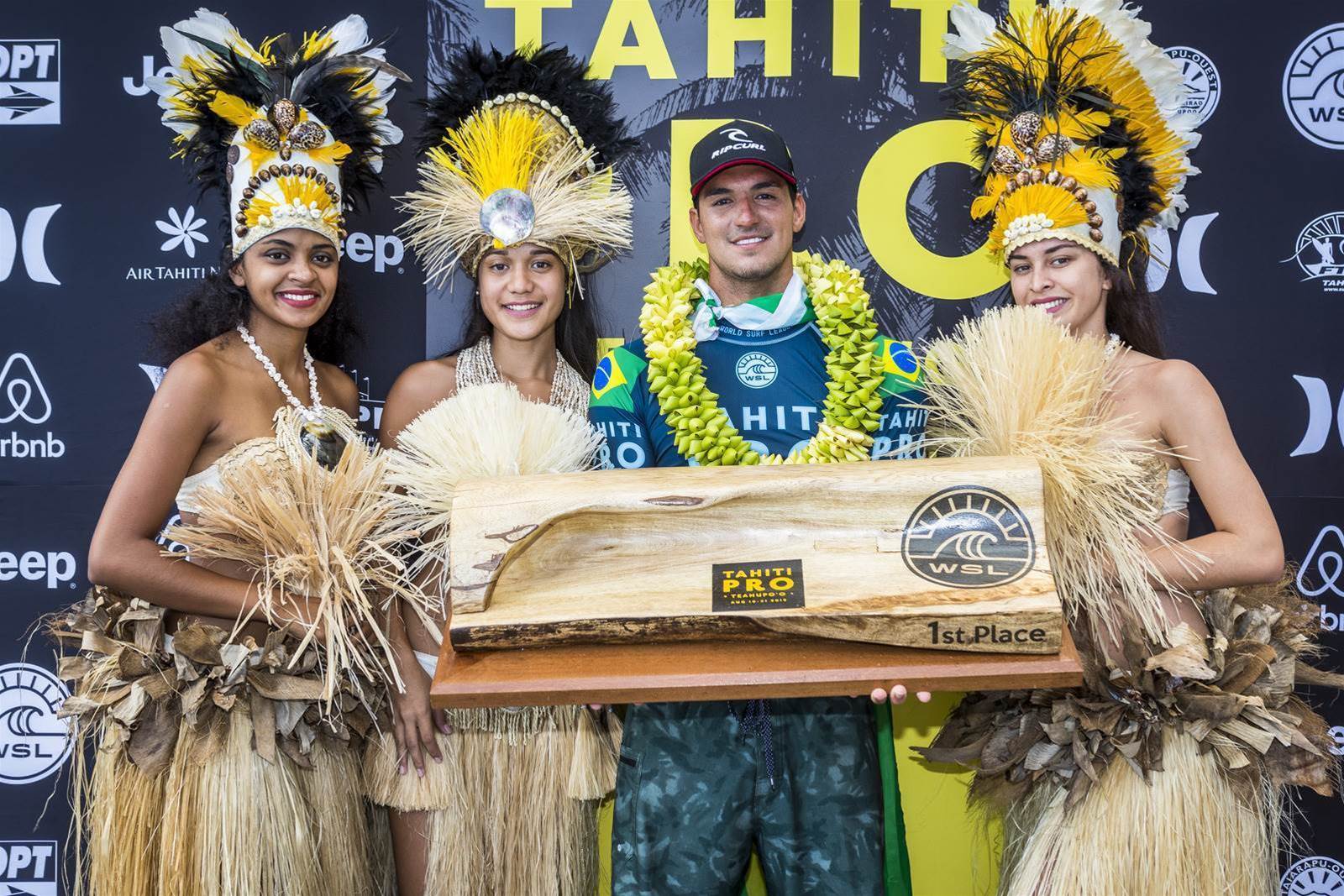