Connor O’Leary has an Irish name and a Japanese mum, but he is built like a Rugby centre and considers himself very much an Australian at heart. After recently taking out the Ballito Pro in Sth Africa, the dynamic goofy-footer shot to number two in the WQS rankings and is in a strong position to qualify for the Championship Tour.

Below he explains why a win is worth much more this year on the WQS, which nation he’d represent on the WCT and how he spends his down time in Cronulla.

Tracks: How & where do you celebrate a win in South Africa?

Connor: Yeah well the comp finished at around 12, so myself, Stu Kennedy and his filmer, Hamish Mackenzie, were just having beers on the veranda of our apartment and just cruising. We have a good friend who lives in Ballito that runs the local Pub, Dean Fletcher, so at night we just kept it pretty quiet –­  still had a bunch of beers but Stu and Hamish had an early flight the next day for J-bay. Was a long day and I'm not a fan of having massive celebrations so we just kept it low key which was really nice.

You narrowly missed out on qualifying last year after Medina’s Hail Mary floater at Sunset?

Yeah, well I still needed to make the final at Sunset in order to replace my lowest number I had in my best 5 events, but yeah it would've been nice to beat Medina two events in a row haha!

How important is the win in terms of qualifying given the fact there are far fewer high ranking WQS events this year?

Do you look at the maths and the scenarios or just put your head down and think heat by heat until qualification becomes a reality?

Definitely not thinking about the scenarios or anything! I feel like if I did that all I would think about is, ‘I need to make it to this round to qualify or whatever and that would just stress me out!’

I mean there are still so many events to go this year as you know, last year there were a few guys who won the 10,000 events and still didn’t qualify so I'm just going to not think about it at all and treat every event as a fresh start; be as happy and as relaxed I can.

Would you compete for Australia and not Japan if you qualified?

Yeah for sure, I mean I may not look like a true blue Aussie but I am an Aussie at heart. I was born in Australia and lived my whole life here. It’s my home where I grew up so I plan to definitely represent Australia for as long as I can.

Your Mum was a champion surfer? Is she a source of inspiration?

Yeah mum did have her moments when she was younger. Japan champ and also Aussie champ for a few years when I was around 10. She is still surfing so well and always so stoked no matter how bad the waves are she's always smiling in the surf. She's the heaviest local in Cronulla by far haha! It’s so good to see how well she surfs and how much fun she has with it. I hope to be like that when I'm older. Maybe without the fluoro pink surfboard though haha.

Could a lucrative offer from a Japanese source change your position on who you surf for?

I don't know, I guess it could, depending on what happened if I had to live over there or if I could still live in Australia. I mean we get very spoilt with waves here in Aus’ so it would be very hard to leave. 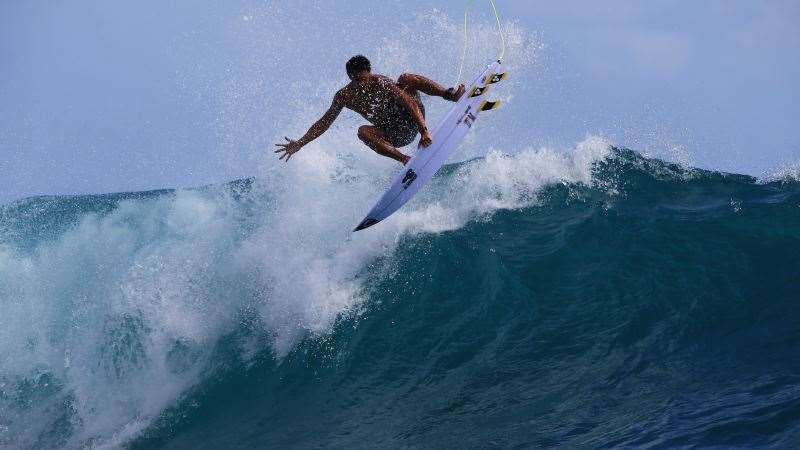 Connor loosens the fins somewhere in the Mentawais. Photo: Swilly

Prior to leaving for Ballito you were on a trip for Tracks in the Mentawais? Four natural footers and you? How did you convince them to go left?

Haha yeah. I was fortunate enough to go on a trip to the Mentawais just before I went to Ballito. Myself, Cooper Chapman, Wade Carmichael, Kalani Ball and Jacko Baker. Was a fun trip everyone got along real well. Yeah haha I was the lone goofy footer, the whole time over there, they were all into me saying, Oh you’re going to be going right the whole 10 days ra ra ra. Guess they jinxed themselves because we went left more than we went right haha, which was epic!! By far the best waves I've ever seen in my life everyone was pushing themselves and we all scored probably the best waves of our lives. I know I did haha!! Who can't say it was the best trip they have ever had if they got tubed for 7 hours straight!! Was an unforgettable trip and I hope we get more of them in the future!

Is that still the job description? Impress in free surfs and get the points in the jersey? Do you have to offer some point of difference in your act?

Yeah definitely. I guess the best surfers like John John, Felipe, Jordy, are still putting out crazy freesurf parts and yet still making heats on the WCT. So that’s what I want to do! I mean I want to show everyone that I can make heats but also have freesurf sections to show I'm not just a comp guy haha!

If qualification looks more likely will you travel and surf some of the waves on the CT as part of the preparation?

Definitely would keep an eye out for the swells that hit those trickier spots on tour where the most experienced go the best, like Tahiti, Fiji, Bells, Pipe! Just so when I get there I will feel as comfortable as I can be and know a bit more on what I'm doing haha!

You live in Cronulla and work at the surf store M.O.B. between contests. How important is the culture and support of your local community in terms of success.

Yeah well, Blake Johnston who is probably the most popular person in Cronulla recently opened his new surf shop called Members of the Board (M.O.B). I think it’s epic for the Cronulla surfing community. He also runs a surf school in Cronulla, which is linked up with the shop. His whole purpose for opening up a surf shop was to have people who are actually surfers working in the shop. So when a customer walks in they have the best information about surfboards or wetsuits or anything in regards to surfing. It’s so good to have such amazing support from the Cronulla community. I can't thank them enough for every one who supports me, every time I'm home it seems like everyone watches my heats and it’s crazy because most of the time I'm on the other end of the world and the times I surf are in the middle of the night but they’re still watching and supporting!

You have had a long coaching association with former WQS surfer, Blake Johnson?

I’ve been lucky enough to be coached by Blake since I was very little, starting by doing afternoon coaching video sessions with him and a few others. It’s been a massive help for me I think. Blake and Martin Dunn have definitely been my biggest influence, and I plan to keep working with them in the future

You also did a few days of coaching/more specific training when you got back?

I was home for about 10 days before I left for South Africa which was good just to get back in the swing of surfing more average waves in full suits, which was hard after getting barelled off my head for 10 days straight in board shorts haha!

Umm I have no idea where the Irish comes out. I enjoy a beer so maybe that’s where it’s coming from haha!!!! 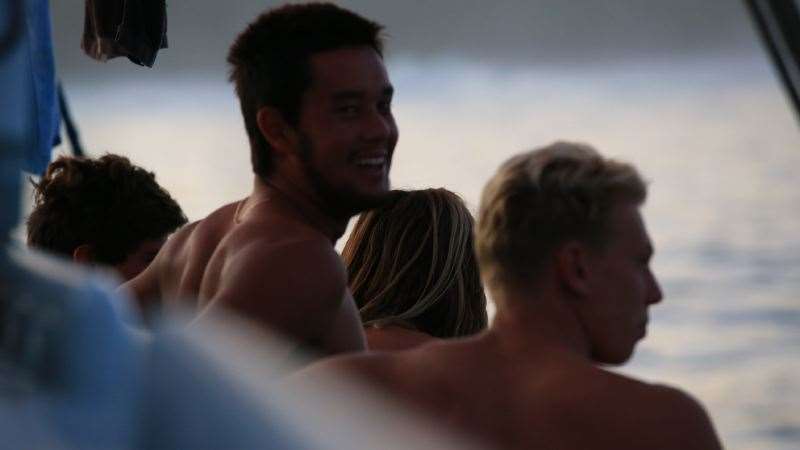