Both Kanoa Igarashi and Mikey Wright ride for Quiksilver, but at a glance they come from different surfing planets.  Kanoa is the quintessential, clean-cut, boy- next-door surfer. He dresses neatly and speaks thoughtfully; embracing the politeness his Japanese parents no doubt encouraged, while enjoying the spoils of an all-American upbringing. In the water he rebounds crisply from one turn to the next with seamless form and flow, dialling in silky rotations to mix up his classic form.

Meanwhile, Mikey is a heavily tattooed, Ozi anti-hero who gouges at lips and life, regularly launching airs like someone who loves flying irrespective of what the landing may involve.

Kanoa’s stickers are precisely trimmed and placed while Mikey’s Quiksilver logo is roughly scrawled on his board in thick black texta. That’s just how they roll.

Today at Merewether Beach, Newcastle, the two surfers paddled out against each other for the second time in the Burton Automotive Pro. Mikey had already gotten the better of Kanoa in a four-man heat the day before, but their round five match up was man on man; a whole different kind of surfing and psychological warfare – the kind you see on the WCT where Kanoa resides and Mikey is now determined to be.

Kanoa choreographed an 8.5 early in the heat and for a while it looked as though all that style and finesse was going to triumph over the untamed attack of Mikey. However, a series of raw-edged front-side hacks enabled Mikey to claw his way in front. After that not even a couple of Kanoa’s dialled in air rev’s could stop Mikey’s onslaught. Kanoa was left slapping the water in an open show of disappointment; meanwhile Mikey got mobbed on the beach by kids looking for a different kinda role model.

Mikey’s victory seemed to announce that his 2018 quest for WCT qualification was well and truly underway. Speaking to Tracks whilst wearing his trusty akubra-style hat with the crocodile-skin band, Mikey indicated he was more than determined than ever to join his brother, Owen, on the championship tour.

“I got so close last year and to lose in the first round of both Hawaiian events I was kind of ticked off. This year I’ve started off with a better seed in all the comps and I’m really going for it.”

And while it’s hard for fans and scribes not to be impressed when Mikey claims CT scalps, Mikey is careful not to get too caught up in the hype.

“It’s just another heat win. I don’t see it as such a big thing if I beat someone on tour. It’s more just a case of I knew what I had to do and I got good waves.”

Asked of his CT aspirations are likely to put a handbrake on his full throttle free surfing approach, Mikey made it pretty clear that he wouldn’t be slowing down.

Tomorrow Mikey will surf against Jadson Andre in the quarter-finals. History shows that the surfers who do well at Newcastle’s Surfest tend to have good years. Yago Dora won here last year and went on to qualify for the championship tour, as did the runner-up in last year’s event Jesse Mendes. If Mikey’s stellar form continues tomorrow, this could well be the event that sets him up for the WCT debut so many fans are eager to see.

In other performances at Newcastle, Hawaiian Mamiya Barron demonstrated why he has been the source of so much chatter, when he steam-rolled former event winner Alejo Muniz. 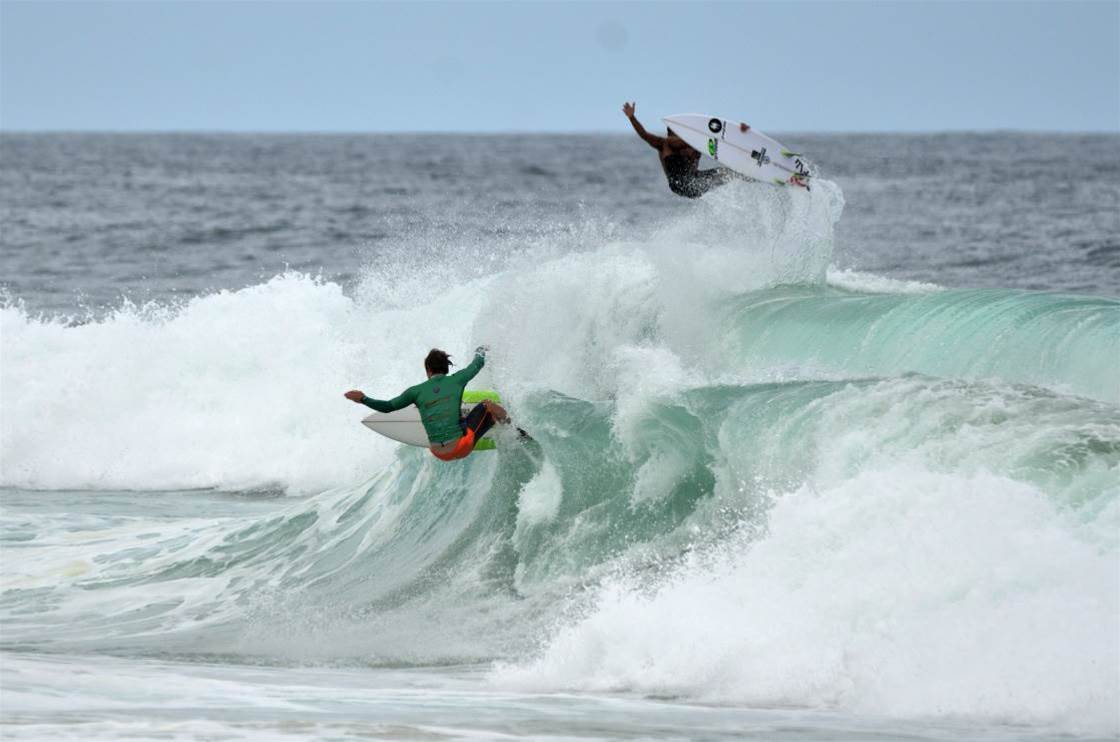 In the Granstand Sports Physio women’s event, the WCT’s youngest ever graduate, Caroline Marks, looked set to backhand slash her way to the quarters until Holly Wawn from Sydney’s Northern beaches completely re-wrote the script for the heat with ten minutes remaining. Holly will meet last year’s event winner Johanne Defay in the quarter-finals tomorrow.

For more info check out http://www.visitnsw.com/surfing 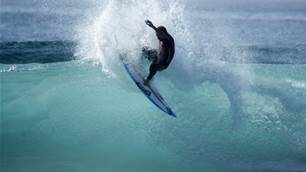