If you’re still not convinced Brazil is the most dominant force in world surfing, than Mateus Herdy’s victory in the World Junior Championships at Taiwan over the weekend should put it beyond doubt. The explosive natural-footer looked devastating throughout the entire week of competition and saved his best for last by winning the final with the highest heat total of the event.

While various contenders showed moments of brilliance at Jinzun Harbor, Herdy looked deadly every time he paddled out, posting consistently excellent scores for a mix of mature rail work and a freakish ability to stick nearly every rotation he threw into the Taiwanese trade wind. In the final, he left Californian air specialist Eithan Osborne in a combo situation he couldn’t escape from after combining searing carves with deftly executed air-reverses on two consecutive waves. It was a confident performance from the Florianopolis youngster, and left little doubt that he’ll soon be joining the already brimming ranks of Brazilians on tour.

Popping up on the international scene two years ago at the World Juniors in Kiama, the nephew of 90s pro Guilherme Herdy has gone from a flashy grom to a full-on competitive force, pushing Joel Parkinson all the way in the final of the Hawaiian Pro at Haleiwa two weeks ago and finishing the year ranked inside the WQS top 20. At just seventeen, he has all the hallmarks of a future heavyweight of the sport, and with this latest win, adds his name alongside former world junior champs and fellow countrymen Adriano De Souza and Gabriel Medina.

Osborne was the surprise package of the event, shaking off his reputation as an aerial whiz kid to make it all the way to the finals in what was his first and last world junior championships. Along the way he took down more fancied opponents like Brazilian Sammy Pupo and New Zealand’s Kehu Butler with a variety of turns that proved his technical prowess is underpinned by some solid fundamentals. Indonesian Rio Waida was the other standout of the competition, making it all the way to the semis and in the process becoming the highest placed Indonesian surfer ever in a world championship event.

On the women’s side of the draw, American surfer Kirra Pinkerton defeated Hawaiian Keala Tomoda-Bannert to claim the women’s world junior title. 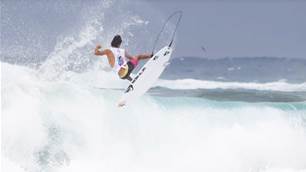 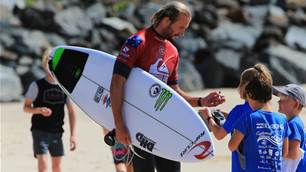 Round Two: Big Seeds Triumph but No Excuses for the Losers.