There will be no World Tour event held at Mundaka next year after Billabong announced the cancellation of its only European event. 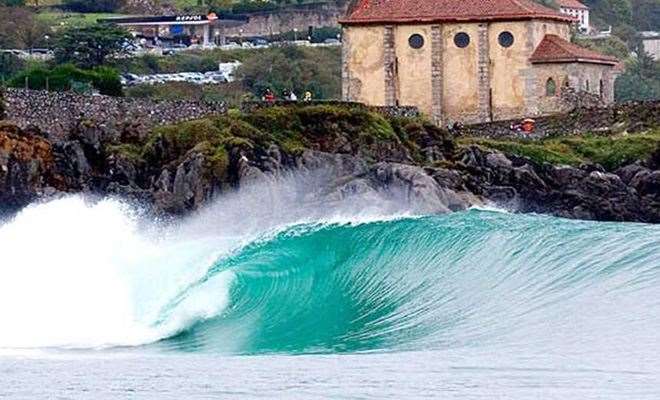 Devastated. I’m halfway through organising my Euro trip for next year (the one I’ve been saving for since uni) and the boys at Billabong have got together with the ASP and the WPS and ruined it for me.

There will be no World Tour event held at Mundaka next year. According to Billabong’s press release “it was felt that Mundaka’s dependency on large swells and short tide windows to allow competition made it difficult for the event to be completed within the normal event waiting period.”

Basically they’ve been burnt one too many times by Basque beauty: “ten years of competition provided very few days of excellent conditions at Mundaka with many of the heats being held in the back-up locations.”

What about all those people that love the mystery? Will it run or won’t it? Will it be at 10 foot pumping Mundaka or ankle-high Slopelana? What about those who like a gamble? ‘Sure, I’m a few years in the red swellwise but that big win is right around the corner.’ Or what about me? How am I going to make my trip a tax write-off now?

Billabong went on to say that, “While there will be no Billabong world tour event scheduled for Europe in 2010, the company is exploring a number of potential opportunities for elite world tour competition in the region for 2011.”

So here’s the homework: