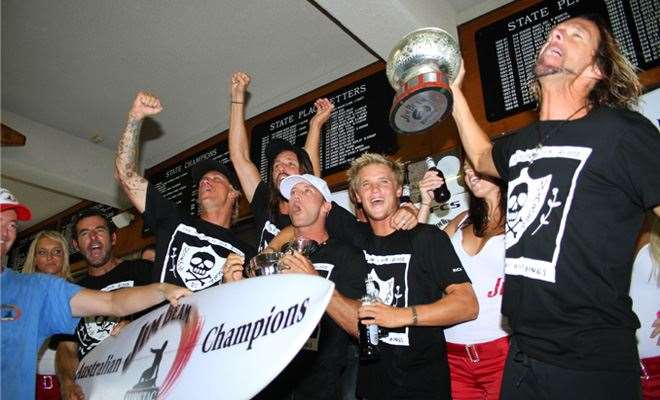 The boys from North Narrabeen gladly except their trophy and cheque for 13 grand.

Led by current world number 20 Chris Davidson and former ASP World Tour our veteran Nathan Hedge , North Narrabeen defied an early interference call and a strong showing from Avoca to come from behind and win their third ever Jim Beam Surftag final. 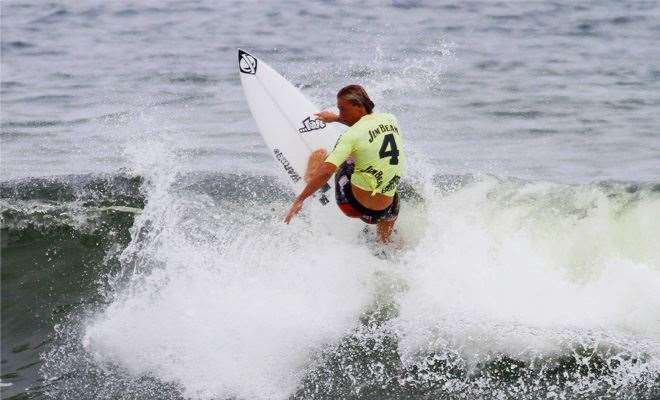 Chris Davidson was inspirational with his performance and passion for his beloved club, NN.

"This means a lot because its the start of my year and I've got so much support here," said Chris Davidson after the final.

"Before our few wins the last couple of years we hadn't had anything for a while, I think Snapper and a couple of other clubs were dominating so we're just stoked to be back up the top.

Davidson admitted there is a lot more pressure when you're competing in a Jim Beam Surftag event.

"Surfing the ASP World Tour events is so much different in a way, there's a lot more pressure on me here, you want to do well not just for yourself and your little five man team but you've got whole support crew, the whole spirit of the club thrives on the Jim Beam Surftag event, they love it and we love winning."

World number 23 Ace Buchan from Avoca won a dual waterproof camera from Sanyo for posting the highest ‘powerwave’ score of the event with a 9.24 in the Quarter Finals.

The Surftag Championship final saw the country’s best 24 club teams come together for the more than $40,000 on offer.

The event, which has nine world championship tour surfers in action, involves five-member teams given an hour in which each individual must catch three waves, with the second being a “Powerwave” worth double points. All three waves for each surfer count in the scoring and bonus points are awarded for teams that finish before the 60 minute mark.

For more info go to: www.globalsurftag.com