Past and future heroes reign supreme.

CRONULLA/NSW - (24th January, 2016): In a punchy 4ft swell the club from Sydney’s northern beaches survived an exciting day of eliminations as some of the biggest clubs in Australian boardriding fell by the wayside while a host of unheralded clubs revelled in knocking over the heavyweights.

2016 WSL Championship Tour (CT) rookie Davey Cathels scored a 9.00 (out of a possible 10) on his last wave to seal the deal for the club’s biggest ever win.

"This has been such a good day,” Cathels said. “We have a really good club and our last few years results haven’t represented that, but today everything fell into place. Everyone played their part, it was a real team effort. To get that wave and that score at the end was amazing, it was a great end to a great day.”

Another CT surfer that was representing North Narrabeen was Laura Enever who counts this as one of the best wins in her career.

“This is so good,” Enever said. “Our whole club is down here today everyone just lives and breathes for North Narrabeen. We haven’t won a team event for a while so this is really special. I’m just stoked to surf with all of the guy’s on our team, it’s an amazing group of people.”

In a new format for this year’s event, the top four clubs at the end of the preliminary Skins, Women’s and Teams rounds contested a one-hour Teams relay Grand Final to end the two-day event.

North Shelly, finishing 4th, were the clear underdogs of the final led by an amazing effort from Shane Holms who took home the Milwaukee Power Hack prize.

“I’m stoked with our effort,” Holmes said. “I was so tired by the end of the day I just missed the wave that Davey was going for. The event has been unreal, surfing against all the pro’s with all your mates it’s an awesome experience.”

Overnight leaders Merewether Surfboard Club was also eliminated early from the Teams division but had enough points from Day 1 to stay in the top four. Ryan Callinan who's another 2016 WSL CT rookie was a standout for Merewether, but came just short of yesterday's form in the final.

“It was such a fun event,” Callinan said. “North Narrabeen are a tough club to beat, they have such a strong team with so much talent. It was cool to surf with Davey as we’re both rookies on the CT this year and just good to get the contest jersey on.”

While the heavyweights stumbled several smaller clubs including North Shelly, Jones Beach Boardriders and North Shore Boardriders had a day out to ride some incredible on-beach support with North Shelly making it all the way to the Grand Final. Culburra Beach Boardriders were a major threat throughout the event but were eliminated in the semi-finals of the Teams rounds.

Shane Holmes (North Shelly Boardriders) won the Milwaukee Heavy Duty Hack Award for the surfer who displayed the biggest and best power move and won $1500 in Milwaukee equipment and $1000.

Burleigh Boardriders won the Fox Sports Patriot Award and $5000 for the club that demonstrated the most passionate spirit during the National Final, thanks in large part to their standout fashion sense. North Narrabeen also won $1000 of FCS product for finishing first.

It involved more than 60 of Australia’s best boardriders clubs in eight State qualifying rounds starting in September and culminating in this weekend’s National Final for 20 clubs.

The series is officially sanctioned by the World Surf League, which allows Australian WSL Championship Tour surfers (men and women) the opportunity to represent their local boardriders club at respective State qualifying events and the National Final.

Additional National Final prize money includes $12,000 across 12 Skins heats; $5,000 across 5 Women’s heats; $5,000 for the Fox Sports Patriot Club Award; $1,000 each to the Wayne Bartholomew and Layne Beachley Medal Winners; and $1,000 for the Milwaukee Heavy Duty Hack. FCS is also providing a $1000 product pack to the winning club.

For more information on the series, visit www.australianboardridersbattle.com 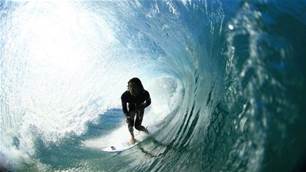