The righthand reef break of Keramas will serve as the primary venue for the new event.

“We are very excited about the addition of the Oakley Pro Bali to the 2013 ASP World Championship Tour schedule,” Renato Hickel, ASP WCT Manager, said. “This will be the first ASP World Title-deciding event at Keramas, an internationally-recognized venue of high-performance surfing, and we look forward to the ASP Top 34 doing battle there for years to come.”

While the righthand reef break of Keramas will serve as the primary venue, Oakley has green lit the performance-oriented beachbreaks of nearby Canggu as a backup location. The Indonesian island paradise is a recognized host to a bevy of world-class breaks, making the Oakley Pro Bali one of the most anticipated events of the 2013 schedule.

“Keramas, to me, is the most high-performance wave on the planet,” Jordy Smith, current ASP WCT surfer, said. “Oakley have had their world junior event there for a few years and I’m glued to the computer every time it’s on. To have the Top 34 there, it’s going to be a huge challenge for the judges as the performances are going to be next level. This is really exciting.”

Having previously hosted the Oakley ASP World Junior Championships, the upgrade to an ASP WCT event represents the eyewear giant’s first foray into the elite level of competition.

“Surfing is an integral part of Oakley’s DNA and we are proud of our six year legacy in Indonesia,” Scott Bowers, Oakley SVP Global Sports Marketing, said. “We have hosted a number of specialty surfing events in Bali from surf shop challenge and pro junior events to crowning the ASP World Junior Champion last year and we are eager to take the next step in this evolution. Not only is the Balinese coastline known for its wealth of high performance waves, but the rich culture and enthusiasm for the sport of surfing in Bali make it the perfect location for the inaugural Oakley Pro.” 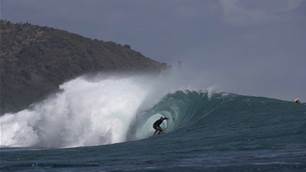