Filipe, Julian, Jordy and Kolohe to make moves, John John, Kelly and Kanoa to hold steady, while Gabriel and Italo will head on down the charts.

This will be the third year that the Oi Rio Pro will take place at Saquarema, a small town about 80km north of Rio.

Before that it used to take place at Barra Da Tijuca, and nothing ever came good out of that venue, apart from this freak 10-point ride of Kelly Slater’s in the 5th round of the 2014 event against Adriano de Souza.

The event this year is once again at Itaúna Beach, the same break that saw insane right-hand barrels last year. It is almost a mile long beach, with a long, ropey and highly rippable left-hander on one end and the barreling right on the other end.

Those barrels, wedgey and unpredictable, suit the natural-footers. Last year there were only two goofy-footers to make it as far as the quarters, and this year will likely see more of the same. On top of that, the frothed out natural-footers are hungrier right now, so the screw-foots are going to be even more hard-pressed to get the heat wins.

Filipe is the defending champion and was a massive hero at last year’s event. The crowds were screaming with joy whenever he took off on a wave, and when he got barrelled the screams turned into roars. He was the recipient of absolute hero-worship on the beach, and no doubt wants to be reacquainted with that feeling again. The right-hander, while barreling fiercely, also lends itself to perfect ramp sections, and it is tailor-made for Filipe’s surfing.

Filipe taking out the win last year against Wade Carmichael.

Julian is calm and steady, but seems to have upped his game in the air stakes of late. With Kingy in his corner, he seems to have the air of a champion about him these days (even if he’s lagging a little in this year’s points race, currently sitting at 13). Never flustered, always on an even keel and always doing whatever he can to win out of pure performance. You’ll never see Julian in any sort of interference situation or controversy. He wants to win on surfing alone and this event could be the one where he gets his waves and does it.

Jordy is filled with raw desire at the moment. Physically fit and in the best shape ever, he craves the bigger results that have thus fare eluded him this year, despite his good form. So many crucial heats have been lost for the South African by less than a point and he wants to turn that around, obviously. The right-hand barrels also suit his JBay/Mozambique honed forehand air and barrel attack. If he has the right boards underfoot – something that has been a problem of late – he’ll be unstoppable.

Kolohe has found an attitude and approach that works, and his mature yet radical tactics and improved disposition have seen him get better results. Sitting at number 2 on the Jeep Leaderboard, he’s doing it right. He has more of a head-down approach, and when he loses he still retains the positive focus; even his post heat interviews come across light and funny. He is in a great place and will capitalize on the good run he is on.

John John is around 6,000 points ahead of Kolohe in second place, and the year has almost been too easy for him right now. He’s not going to go into this event feeling desperate for a win.

Kelly is also biding his time, and although he has shown glimpses of passion and brilliance in the last few events, this is certainly not a pet event for him. He will come back into play from J-Bay onwards, and will show us then if he has the perseverance for that 12th title chase. This event is about holding position for him – anything beyond that is a bonus.

Kanoa has made a very bold beeline for the top, but will be thwarted at this event by some gnarly tactics from battle-weary campaigners who do not want the kid to steal all the limelight just yet. 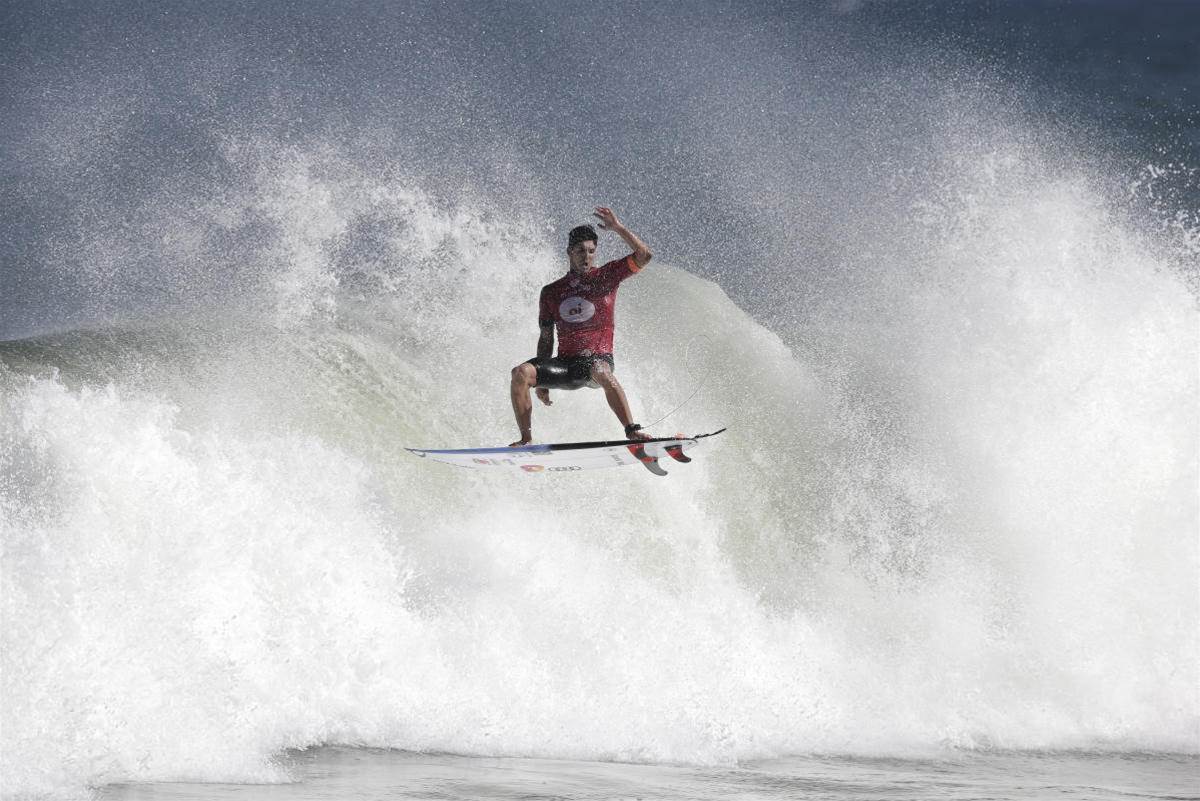 If Medina wants to be in the hunt to beat John John in the race for three world titles he needs a major result in Rio. Photo: WSL/Poullenot

Word out there is that Gabriel has been having a good time at a few parties of late, and this might have affected his competitive resolve somewhat . It’s a big call to say that he’s going to falter in front of a home crowd, but he seems out of sorts and less hungry than usual. No more tears of anguish, more accepting of losses, and it’s actually ok. The kid is growing up, and he’ll come back.

It’s similarly tough calling out Jeep Leaderboard third place surfer Italo, but despite that crazy first wave at The Box, he’s not going to blow minds if the waves at Barra Da Tijuca are going to be those wedgey right barrels. He’s as wild and as unpredictable as they come however, so he could also turn full tables on everyone and win it by the biggest of margins, but we’re not feeling it.