Pro surfing has featured many celebrated victories by rookies and wildcards in major events over the years – Nicky Wood’s precocious win at Bells in 1987, Joel Parkinson’s J-Bay triumph in 1999 and Mick Fanning’s ‘White Lightning’ strike at Bells in 2001 are a few which spring to mind. However, the sport’s first breakout win in a major event occurred at Burleigh in the 1980 Stubbies contest.

Peter Harris was a 22-year-old, Gold Coast mail sorter when he earned an alternate spot in the 1980 Stubbies event, courtesy of a drop-out by another competitor.

While Harris had enjoyed some success in the amateur ranks a few years earlier, he certainly wasn’t a player on the nascent, pro surfing circuit that was rapidly turning so-called ‘surfing drop-outs’ into super stars. By the time Harris back-doored his way into the 1980 Stubbies had become one of the most prestigious surfing contests in the world. The first three Stubbies ('77-'79) had been won by Michael Peterson, Rabbit Bartholomew and Mark Richards – alongside names like that Harris was a relative unknown. 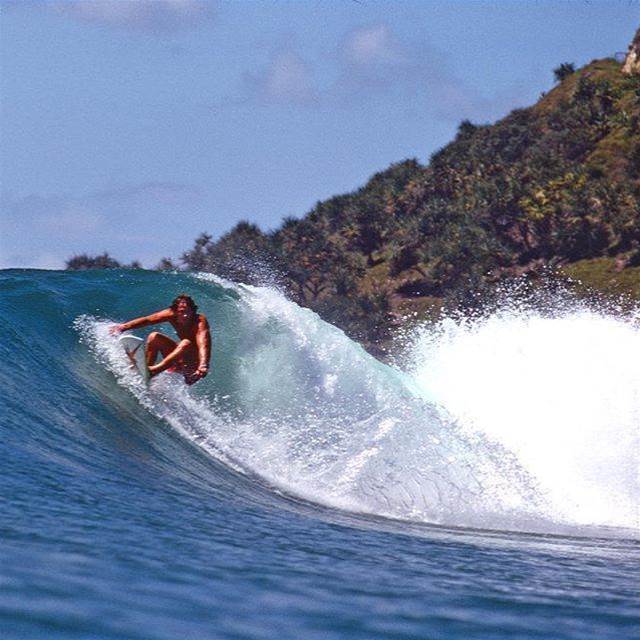 Mark Richards competing in the 1980 Stubbies where competitors were identified by the coloured Stubbies shorts. Photo John Ware

By 1980 The Stubbies had developed a reputation for being more than just one of the major surfing events in the world; it was also the biggest party on the circuit. In his Gonzo account of the event, Tracks editor, Paul Holmes, paints the picture of a hedonistic, festival atmosphere in and around the contest. “The Stubbies is as good an excuse as they need for ten days of continuous raging,” writes Holmes.

As surfers and competitors congregate in the ‘rabbit warren’ apartment blocks overlooking Burleigh Heads, Penthouse Pets and skimpily-clad girls climb the stairwells in search of pro surfing beaus. Down below a bronzed, ten-thousand-plus crowd spreads across the Burleigh headland while event organisers alternate commentary on the surfing with promotions for a female mud wrestling event. Meanwhile a range of venues play host to a series of hard core drinking sessions and winning, it seems, has as much to do with surviving the nocturnal assault on the night-clubs as it does with surfing well. “A weeks supply of Berocca was the only thing between me and disaster,” suggests Holmes as he succumbs to the party whirlpool in the name of a good story. Crowds gather on the hill at Burleigh to watch the Stubbies.

Against this bacchanalian background Peter Harris describes himself as a non-drinking and non- smoking Christian. He’s also a Burleigh local who is familiar with every shifting bank and boulder along the famed point. Despite the local knowledge Harris’s contest begins poorly and he’s forced to fight his way through the loser’s round. Once in the main event Harris is matched against Cheyne Horan who is at at the apex of his career. As a groomed, eight-foot swell bends around the corner and rattles the boulders all the way down the point, Harris is tuned in to the hollow sections and puts on a barrel show for the roaring crowd. Horan’s pin-ball approach, while exciting, proves no match for Harris’s line straight through the guts of the Burleigh kegs and he seals the victory with a four second disappearing act.

As the event continues the conditions deteriorate, but riding the same Sky, swallow-tail twinny fin by Greg 'Magoo' Melhuish, Harris accounts for Joe Engel and Buzzy Kerrbox in the following two rounds. As Harris and Dane Keoloha paddle out for the final it’s standing room only on the Burleigh hill and there’s hardly an unclaimed boulder along the point. With barely a bead of wax separating them, Harris does just enough to out-point the powerful Hawaiian. 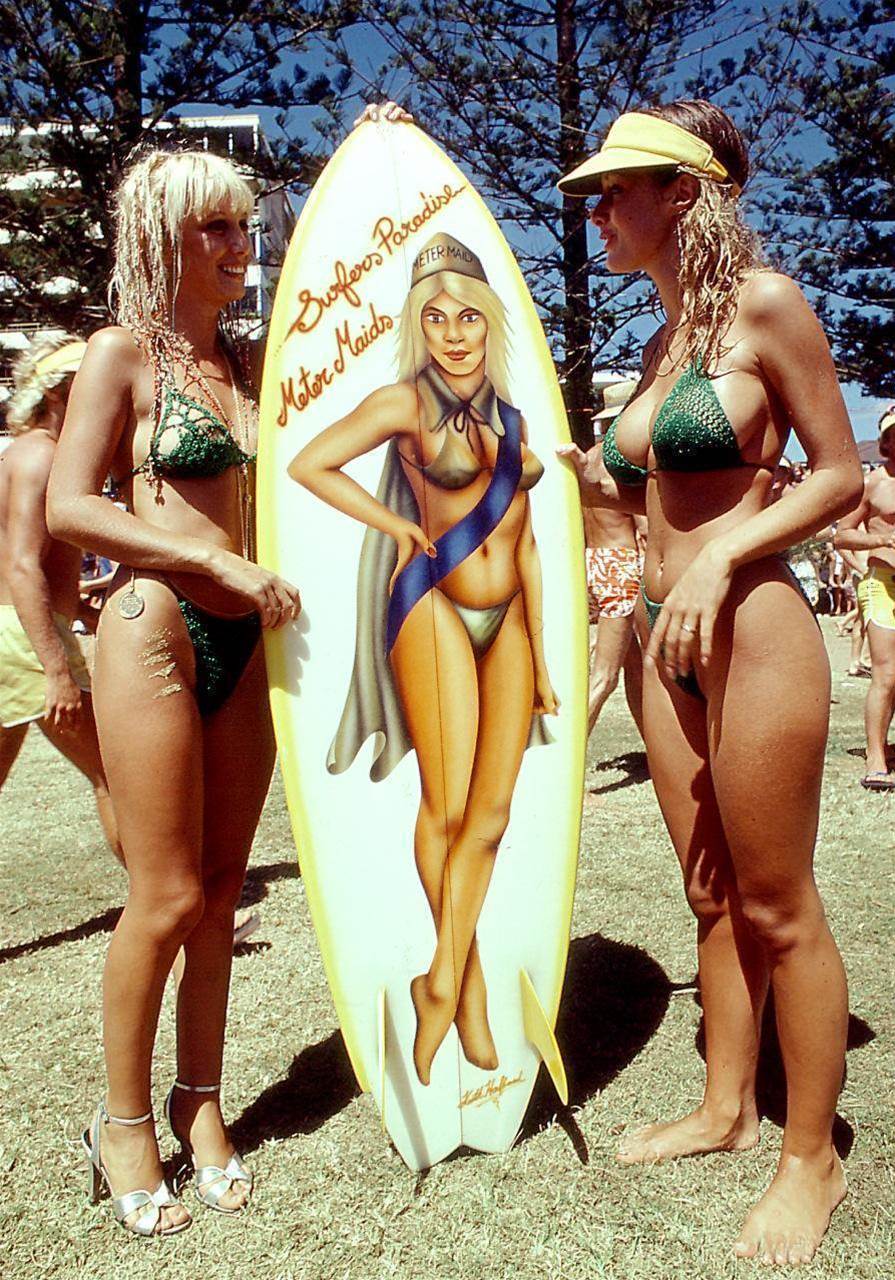 Gold Coast and Stubbies icon, Margaret Dupre, (left of frame) at Burleigh in the 80s.

The presentation ceremony is held at the nearby Playroom, the scene of many of the week’s heaviest party sessions. The Lord Mayor is there along with live Koalas in Stubbies shirts. After accepting his $7000 winner’s cheque from Gold Coast sex symbol, Margaret Dupre, Peter Harris later tells Tracks that he had a secret weapon. “I really believe God helped me in this event… Before the event and during the early heats I prayed more than ever before.”

Whether divine intervention played its part or not, Peter Harris's 1980s Stubbies win remains one of pro surfing’s most famous underdog victories. 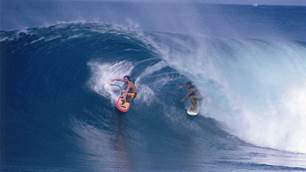