An ode to what was an endless summer of swell at the Superbank.

What an irresistible week of swell ex-tropical cyclone Winston produced on the Gold Coast. After Tatiana sent tubes to the Superbank the previous week, surfers on the Gold Coast had little time to prepare for the onslaught of Winston. It started on Thursday and it finally ran out of steam on Sunday producing 20-second tubes, too many drop-ins and one crowded house at the Superbank. Veteran Gold Coast photographer Simon ‘Swilly’ Williams told Tracks, “It was some of the most perfect waves I’ve ever seen.” Winston came and conquered and sure was the icing on the cake of what was an endless summer of swell for surfers north of the border. Here’s a collection of frames from the Superbank parade. 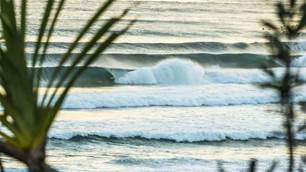 Photos: The Best Of Winston