In for the kill

Julian Wilson is going to go all in. He is ravenous for a win here and the world title that comes with it, and he did beat Gabriel Medina at Pipe in 2014, so there is that. With Andy King and the rest of Australia in his corner, Julian just needs to remain calm at all times, which is a cinch when Pipe is big, the whole world is watching, and there is a world title on the line. 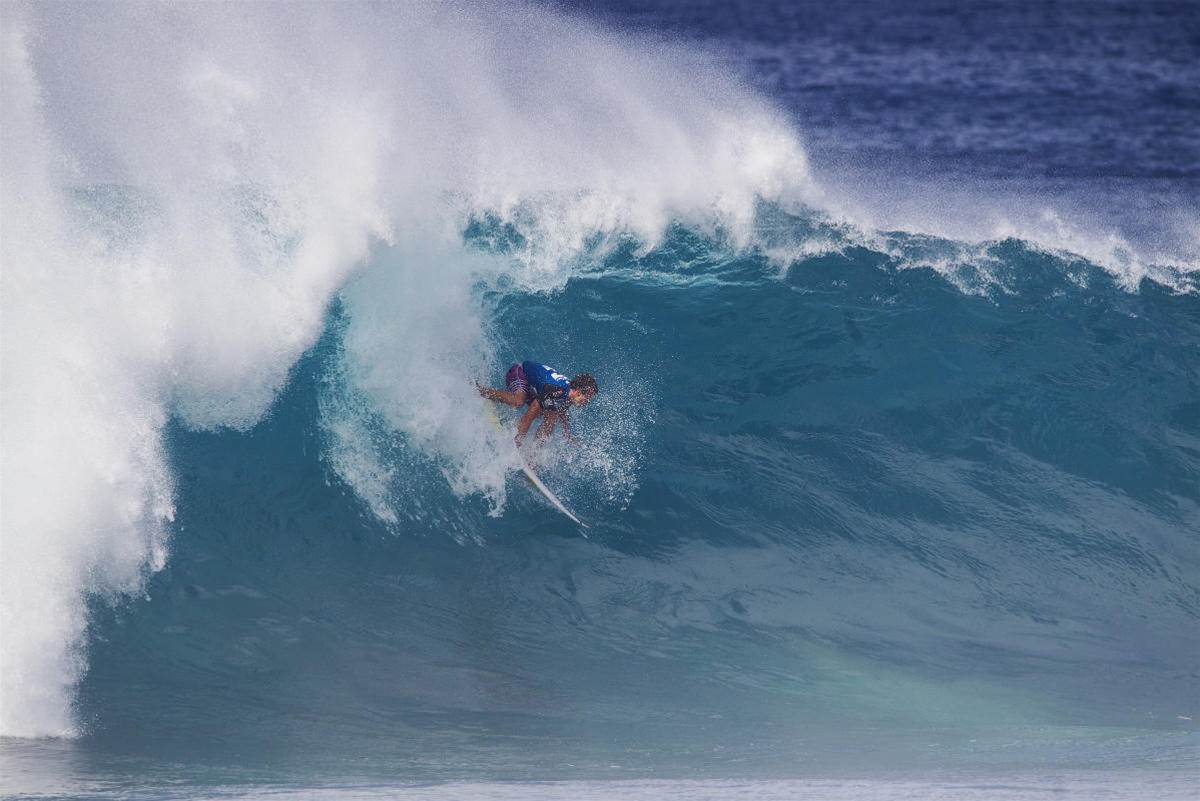 Julian has the skills to go steep and deep at Pipe. Photo: WSL/Masurel

Gabriel Medina is categorically bristling with confidence, and wants to take this one back to Brazil for the second time. A world title would cement his status as one of the best surfers of all time.

John John Florence has entered stage left, and possibly wants to make himself relevant to all who might have forgotten. He has been ultra-quiet, with no media, no interviews, and no updates as to how his rehab has been progressing. This might be the event when he just goes straight back into top form and kicks the whole team to touch in his own backyard. Keep in mind a Pipe Masters victory still eludes him. Imagine if Federer had never won a Wimbledon title? – the world would not make sense. John John knows his name belongs on that trophy and with nothing else factoring into the equation expect him to be ruthless and single-minded in his pursuit of Pipe glory.

Jeremy Flores, 16th on the Jeep Leader Board, would like nothing better than another Pipe Masters title. Last year’s final minute victory was an amazing feat (matched by some equally amazing claiming) and although Jeremy has had a good year thus far, he hasn't blown minds. He is very attuned with Pipe and her flow, and we can expect fireworks from the little guy in Hawaii.

Hungry for a result

Sebastian Zietz is 19th on the on the Jeep Leaderboard, and is right at home on the North Shore. He won the Triple Crown back in 2012, and a decent result at Pipe would slide him back into a secure berth on the CT for 2019 without too much fuss.

Frenchman Joan Duru is at number 23 on the rankings, and is currently on the up and up. He was a late starter however, enduring a dismal year up until the Meo Rip Curl Pro last month, where he fought his way to the final for a runner up finish against Italo Ferreira from Brazil.

Desperate for a result

Matt Wilko, at 24th on the Jeep Leaderboard, is jonesing for a big result at Pipe and must come in to the event quite nervous. If he doesn't dominate and get a finals berth or thereabouts, he’ll be off the tour, and Wilko no longer seems the kind of guy who will achieve anything of value back on the WQS. He knows how to kick in when in Hawaii however, unless Pipe gets fucking huge. Then he’s out of the game, but so is over half of the tour.

Connor O’Leary is rated 26th and while focused and competitive, had somewhat of a lackluster run through the main part of the year. O’Leary prefers to operate a little bit under the radar, so many of us don't know what to expect. He likes a bit of juice though, so if Pipe starts to lumber, he’ll be ok.

Cruising through a round or two

Kelly Slater is back in, but there is very little pressure for him to do anything at all in Hawaii. Pipe is the kind of wave where you can surf without expending too much energy (In comparison to shifting 12-foot Sunset for example) and the Masters is often won on positioning and finesse. Slater will probably surf a few heats, get some bombs, and then bow out in a heat starved of waves, and go and join Joey and Pottz in the commentary booth. 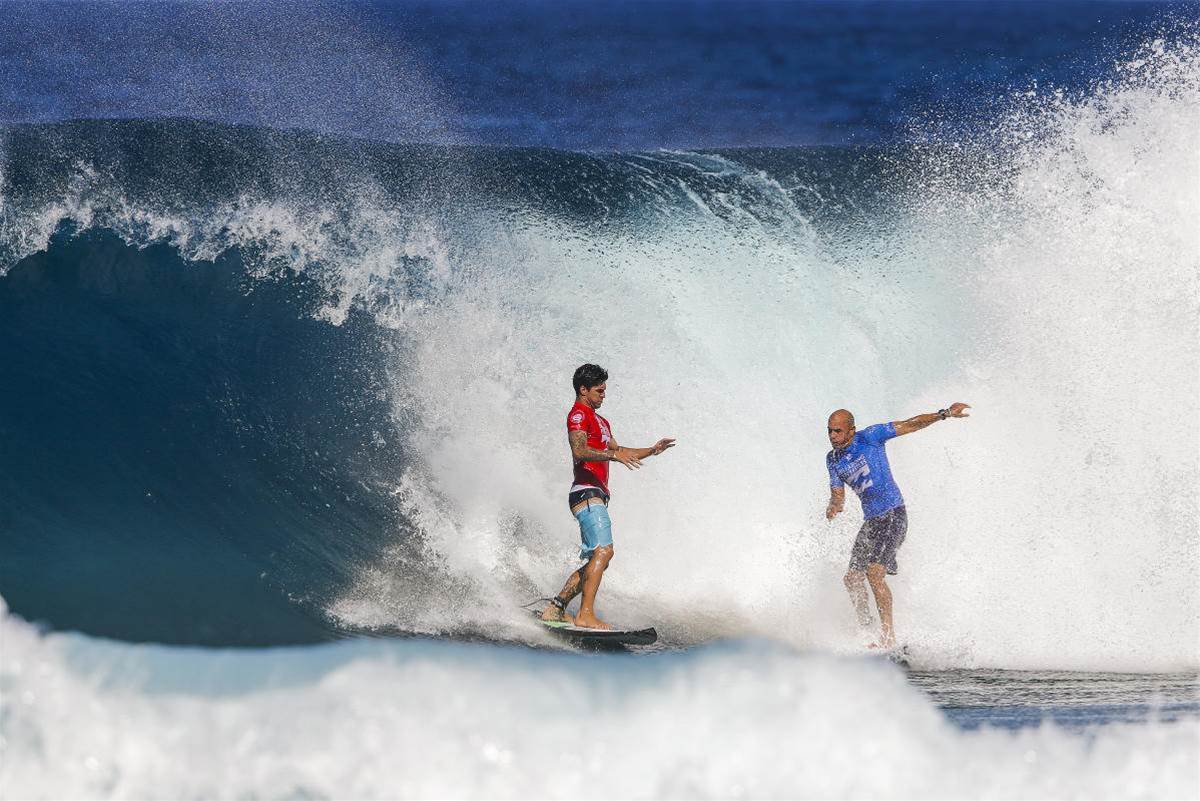 Would Kelly like to exact a little revenge on Medina by upsetting his title plans? Photo: WSL/Heff

Joel Parkinson has been retired in his mind for a while now, and is just going through the motions. He is a pretty incredible surfer at Pipe at any size, and is somewhat under-rated in the arena. His performance during the 2012 Pipe Masters event was incredible and got him over the edge to win the world title that year. He’s in cruise mode though, already thinking about his life after the tour, and will be treating this event as a time to reflect on his career and achievements, and going into ruthless attack mode is the furthest thing from his mind. He too will join the commentary booth when he is eliminated. Parko’s presence on tour is going to be missed, and with Mick gone and Taj long gone, the 2019 season is going to be a strange old place.