I was nineteen the first time I went to Byron Bay, and I slept on the floor of a parking garage. My friends and I were playing a game called ‘Paratrooping’. You travel to a destination without any accommodation booked and try to sleep with a woman. The phrase comes from a horrible television show called ‘How I Met Your Mother’, described one episode by Neil Patrick Harris’ lecherous character Barney.

I suppose the idea is to take away the safety net. It’s a bad game and shouldn’t be attempted. We drank most of a goon bag before giving up and going to bed side-by-side in a borrowed Kia Carnival, which would have been fine — and what we deserved — until the police knocked on the window and explained that, in Byron Bay, sleeping in your car is illegal.

“It’s fine, we’re Australian,” I told the officer looking in through the passenger-side window with his torch in our eyes.

“Good for you,” The constable said.

This law is clearly designed to keep scummy backpackers and their Wicked campers from clogging the streets, though the officer wasn’t interested in applying it with any discretion or nuance.

“Bugger off, or I can write you a fine.”

He replied, if I remember correctly, “There’s a problem here, mate: You’ve mistaken me for someone who gives a fuck.”

We walked around the corner to the two-story parking lot and in the morning an old man wet us with a hose.

I’m thinking about this because I’m trying to decide whether I should move to Byron Bay. 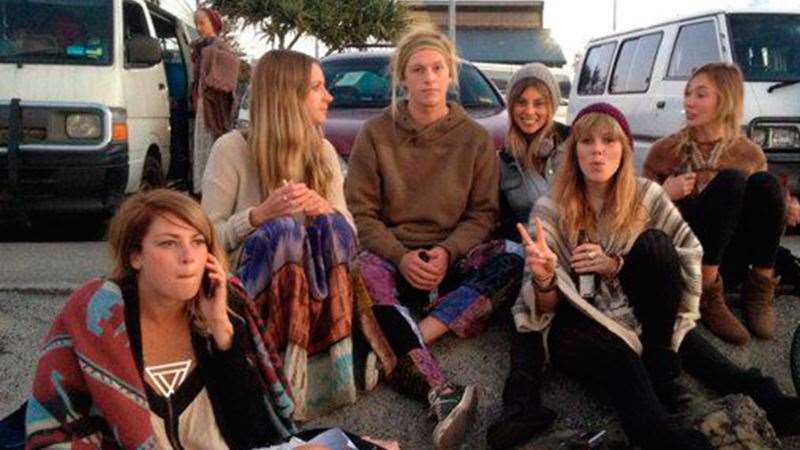 Can you see yourself in this picture?

I’m sick of living in Sydney. I never planned on working in an office, and even though I can manage a surf most days I feel fat, pasty and grumpy, like most of the people who live here with me.

But there’s so many surf towns to choose from! My knowledge of each is also very bias, clouded by limited personal experience and stereotype.

When I think Byron Bay, I imagine it is, by now, a satellite town of Sydney? Packed with holiday mansions worth many millions, in which live old and rich men who cannot surf well but take up a lot of room when The Pass breaks.

I think Nat Young impersonators on single-fin logs, which roll in over the heads of helpless children and Swedish backpackers frolicking in the shore-break.

Or attractive entrepreneurs who do something fabulous with yoga and Instagram. Filthy stoners; white people with dreadlocks — humanity’s worst iteration.

Even better waves if you want to drive a few hours north.

Or head south to Lennox…

But sharks. So many sharks…

Do you live here? What do you think? Do you ever wish you were somewhere else?