The surfing world lost Baddy and the Superbank lost its sand.

On the eve of the CT kick off, there was bow ties and frocks, format changes and the end of the Aussie QS leg. Yep, it’s been another huge month in wave riding. Here’s what the key players and key strokers said about it all.

“But, I had to dream bigger, so that I could become the first openly gay female world champion… everyone should dream the big crazy dream.” Keala Kennelly, the new Big Wave World Champion, loud, proud and awesome as ever at the WSL Awards.

“Their (the WSL) awards night at least had an air of sincerity. The surfers may have had time limitations but they were certainly given the liberty to speak their hearts and minds. Maybe that’s all the WSL needs just a little more straight-up, raw and revealing coverage.” The Ed’s take on the awards and where the WSL should be focusing.

“Local shredder Sheldon Simkus recently took his tinny out to drop a line behind the rocks at the break and his depth sounder is rumoured to have recorded a depth of over six metres.” Tracks reported early that the banks at Snapper don’t look good. As predicted D-Bah now looks set to play a huge role in the Quiksilver Pro Gold Coast. 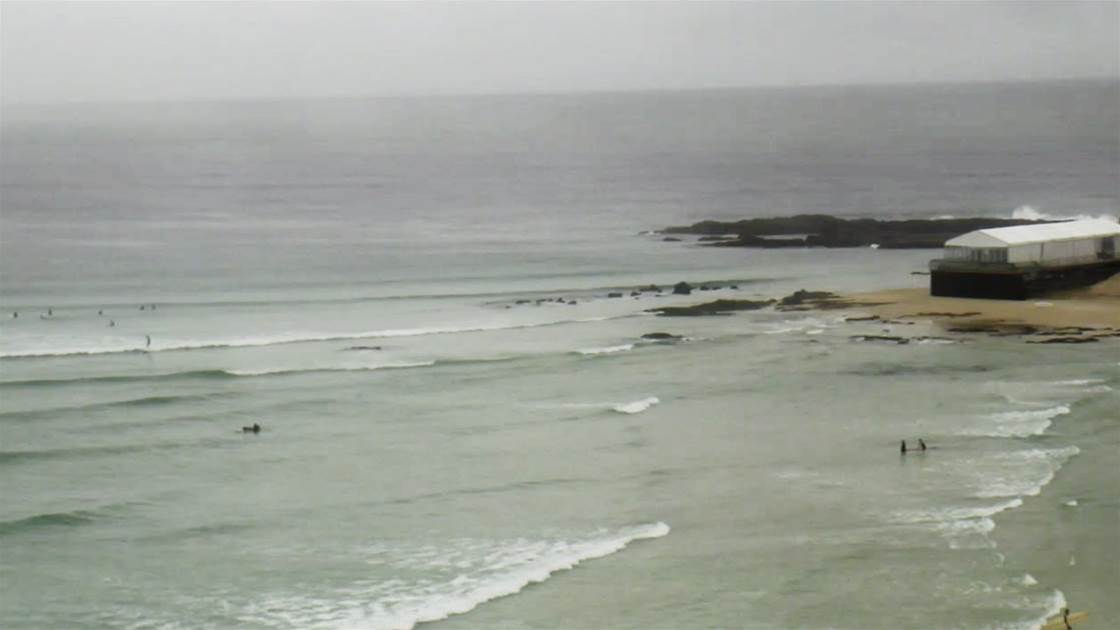 “Baddy is just someone who never sold out or tried to make an easy buck out of the thing he loves. … He’d be more likely to be training a whippersnapper than trying to sell anyone anything other than freshly caught snapper.” Monty Webber on the legendary Dave “Baddy” Treloar who passed away at his beloved Angourie last week.

“North Narrabeen’s Jordy Lawler sure looks like the real deal. Smooth, technically sound, and with a forehand air-reverse every bit the match for the heavyweight Brazilians he encountered, it’d be surprising not to see him qualify in the next few years.” Seabird Brooks after the North Narrabeen goofy claimed a shock win at Manly.

“Maybe so, but from my perspective it was impossible to understate how genuine Mick’s engagement with people from all walks of life was.” The Ed takes part in a Mercedes junket, but can’t help be impressed by Mick Fanning. And the free wine. And food. 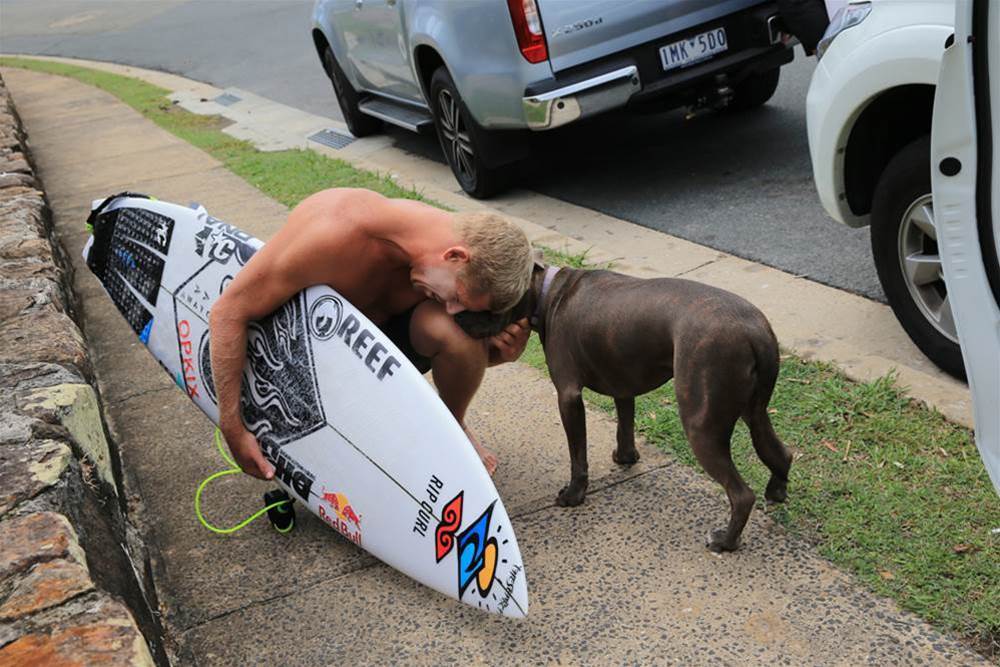 MF a friend to everyone!

“With the wave pools we need to be careful to strike the right balance between being authentic and taking the opportunity… the love of the ocean will always be need to be at the heart of that decision making process.” Ace Buchan and some wise words on the future direction of the sport.

“It’s now possible for a surfer to fail to win their first two heats (finishing 2nd or 3rd in Round 1 and 2nd in Round 2) and still go on to win the event.” Tracks looks at the WSL’s new CT format. Sudden death? What sudden death?

“This is a cool, and authentic version of reading the New Testament and if you’re into Ephesians and Corinthians, this is a fine way to consume the good word.” Yes, this was in Tracks. Craig Jarvis, whilst looking a great surfing reads, explores the Christian Surfers New Testament.

“To snake someone is to ignore this finely balanced ecosystem of surfing etiquette. It is a blatant, often hostile act that threatens the stability of the established order.” From Surfing No-No’s, our refresher course of what not to do in the lineup.

“Let the lawyers come with their money-grubbing ways and turn us all against each other. Let us equally loathsome surf journalists write about it in overdramatic tones. Let the whole empire crumble and maybe somewhere down the track we can start again.” Seabird Brooks gets philosophical after Northern Rivers-based legal firm, Somerville Laundry Lomax took an ad out asking for people to come forward if they’ve been injured by someone riding a board without a leggy. 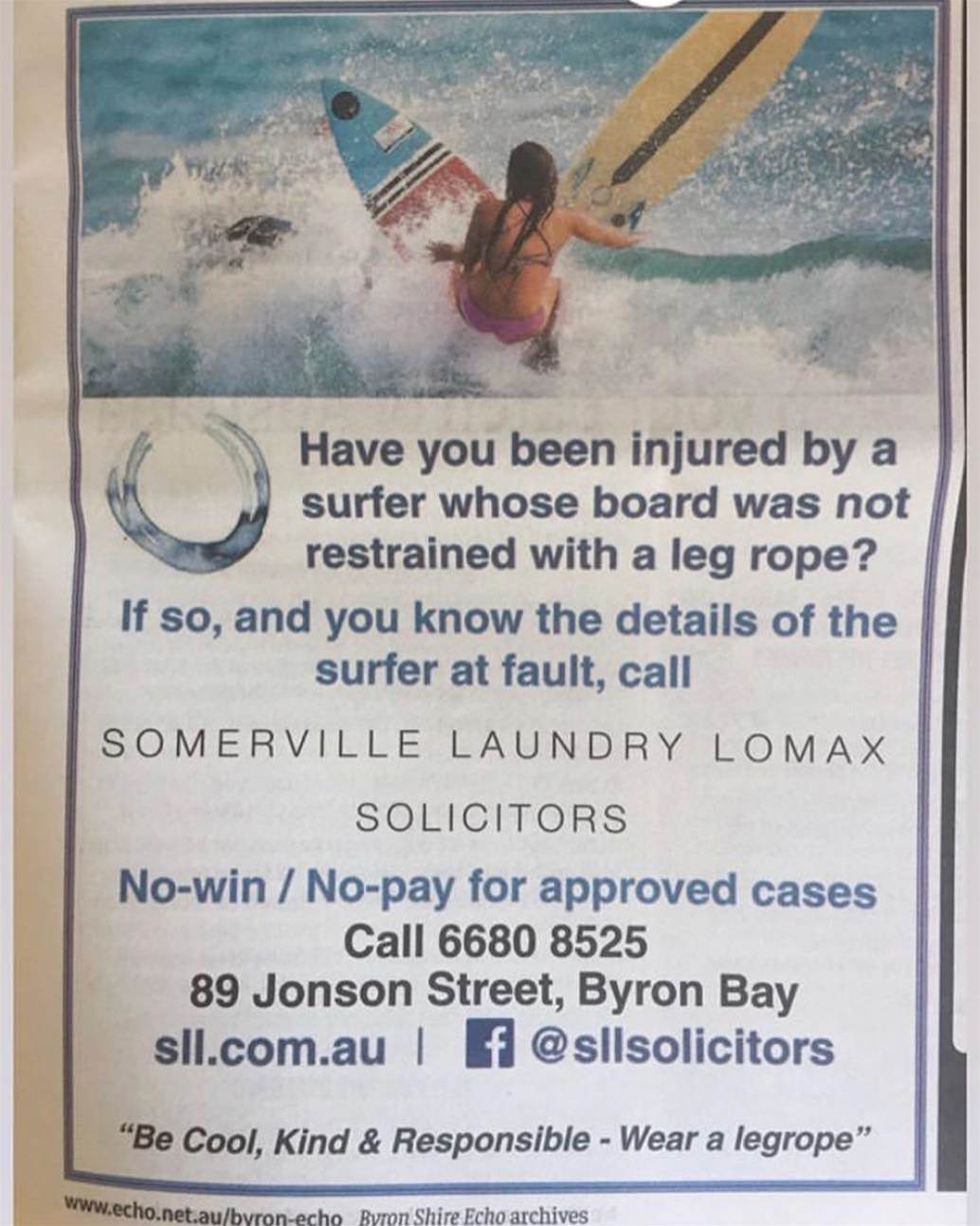 “Lachie Rombouts, I fucked a mental pit for ya and I am sorry.” Jed Smith comes clean after getting in the way of Lachie’s (and his 10’4” foot rhino chaser) at Kirra during Cyclone Oma.

“Even for those that feel slightly sick seeing at seeing a grown man or woman doing a floater on a nine foot thruster, it’s hard not to feel just the slightest twinge of excitement at a totally reset World Championship.” Is longboarding the new short boarding? I asked after a new, exciting WSL tour schedule had been announced. The answer, of course, is no. 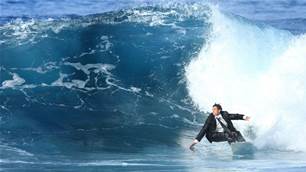 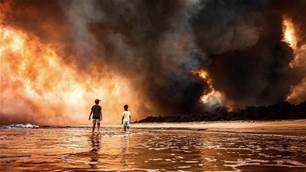