The WSL have a 'Barri while Ben Mondy goes hard in Morocco.

The WSL features heavily (and not always positively), there’s plenty of Indo action and even talk of opium induced erections in a weird, wild and wonderful month as covered by the surfing world’s CCTV, Tracks.

“Tracks has just received word that Margaret River Pro event organiser, Tim Thirsk, met with the Northampton Shire Council in Western Australia, along with members of the Kalbarri Boardriders club, to discuss moving next year’s WCT to Jake’s Point Kalbarri, 569 km north of Perth.” Tracks breaks the news about a mooted move to the desert. They wouldn’t, would they?

“The WSL continues to work with event organisers and local communities in the development of the Championship Tour calendar and surfing more broadly. We're exploring a number of options including our event in Western Australia and we'll be making further announcements when appropriate.” WSL Spokesman Dave Prodan responds, neither confirming nor denying the move. The could, could they?

“They believe what we need right now is a vomitous, overly produced, dude bro dripping, cheese injected, pink and blue doughnut with sprinkles, cat water-skiing behind a boat, canned laughter utilising, couldn’t be more Facebook if it tried, surfing variety show hosted by two blokes named Chad (yes, Chad) and JT who seem incapable of saying anything other than “What up!” Tracks Editor Ben Bugden gives his take on WSL’s new clip show Get Sent. Whoa Buggo, why don’t you say what you really think! 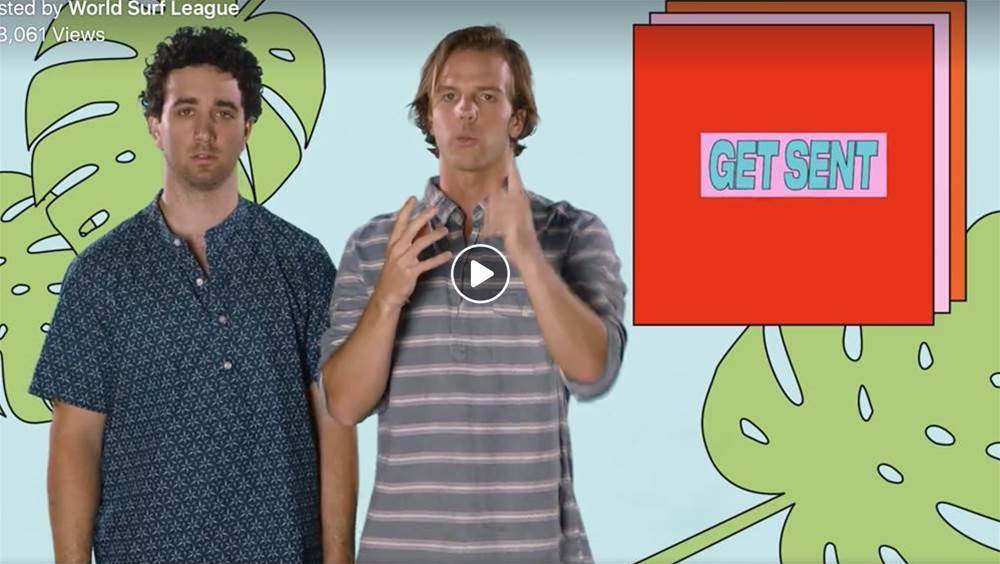 “This is one of the best contests all year and one of my Top 3 for sure. It might not be a QS or a CT, but it’s against the best guys at one of the best waves.” Jack Robinson, winner of the Rip Curl Cup at held at pumping Padang. 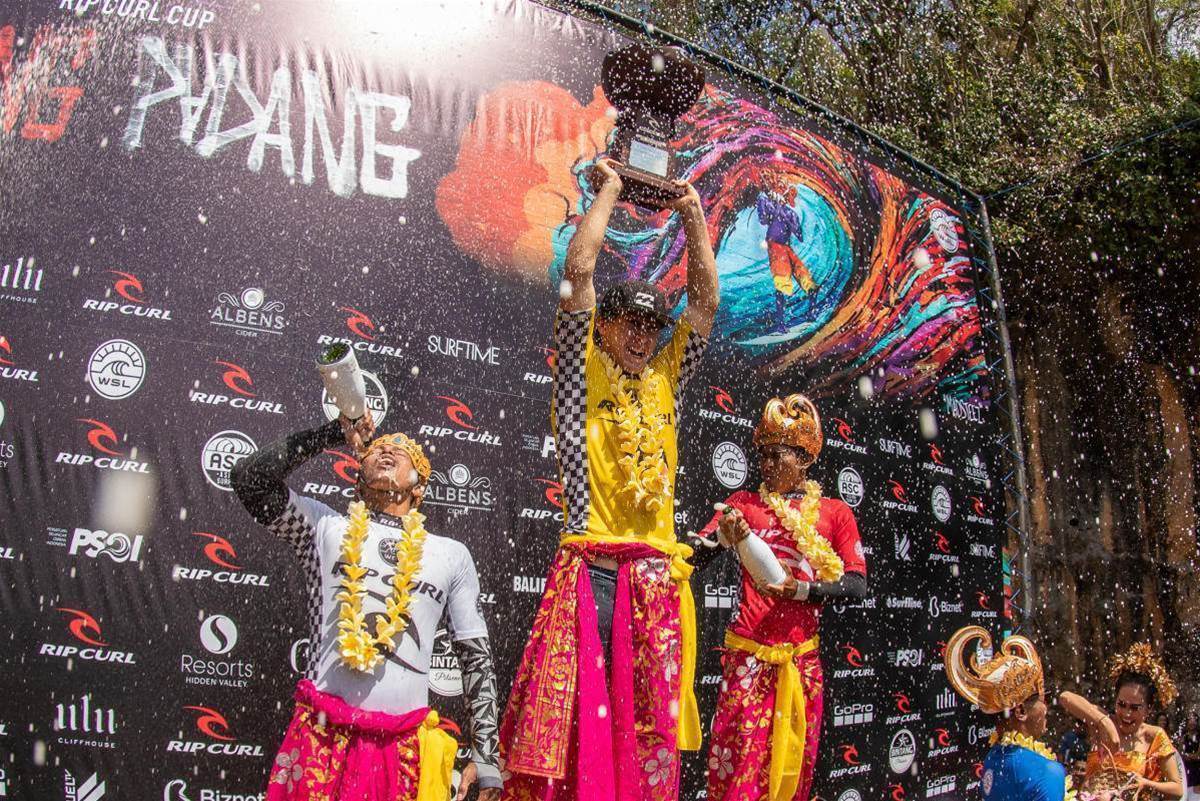 “What I had gleaned was that the opium poppies she had just scarred with a knife and placed in the small tea pot would, once infused and then digested, lead to an erection that due to the effects of the said opium be of unusual strength and increased duration.” Mondy goes off-piste and back-in-time to Morocco. When he had a future.

“I realise it’s not as scary as it’s made to be, it’s just in my head. Just like everything in life really, I’m just as scared as the next person, but I’m just motivated to go bigger.” Mark Mathews talks to Jake Ross about a return to the big-wave scene.

“We quickly hustled across the back alleys that lead to Pererenan beach, and there it was. In full flight, a bulldozer actively piling rock upon rock forming a new jetty, with the hallowed, rocky, sand-bottom peak of Echo beach only 100metres away.” Fran Miller reports on Bali’s latest development atrocity, a new jetty at Canggu 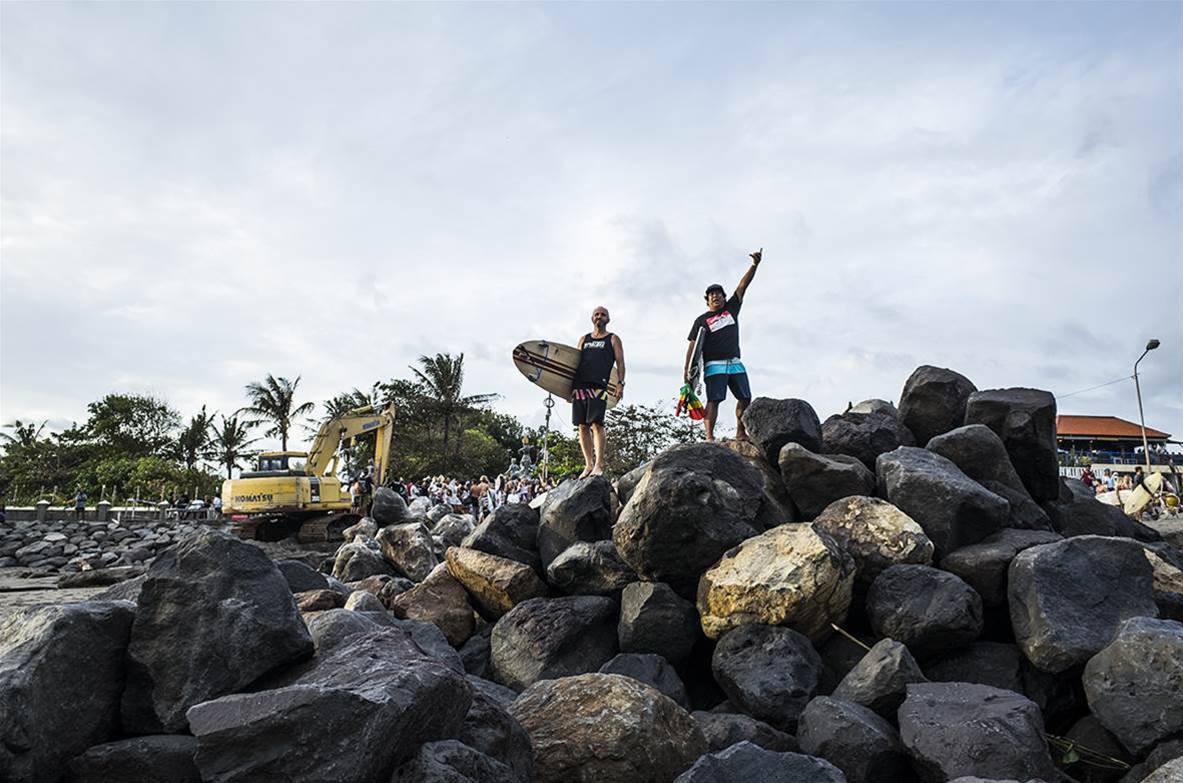 Surfers protesting against radical developments at Canggu in Bali.

“We’ll remember a hundred other sections from a hundred other vids, but most of all, we’ll remember that style. Smooth as spun silk and all too easy on the eye. One of the classiest to ever stand up on a surfboard.” Seabird Brooks waxes lyrical after Parko announced his retirement.

“In short, sometimes it pays to take the imaginary heat singlet off, put the ego aside and recognise that the person you have pegged as a threat to your wave quota could be a source of insight into a whole new world.” Ed Luke Kennedy goes all hippy after an illuminating trip to Sri Lanka.