Muhammad Bugs shapes up for his biggest fight yet.

Wayne Rabbit Bartholomew made mainstream news earlier in the week when he announced he would be running as the Labor candidate for the seat of Burleigh in the Queensland state election, which is scheduled to be held in late October. While many of the articles made note of his 1978 world title win, few made mention of the fact he also won the Stubbies at ‘Burleigh’ in the same year. To win the contest and then become the local member certainly has a nice symmetry to it.

However, while Bugs might be a born front-man, he is not the first world champion surfer to make a foray into the political arena.

Back in 1974 Nat famously went left and donated his prize money from his third-place finish in the Coke Surfabout to the Australian Labor party. While Nat wasn’t the winner of what was then the richest surf contest in the world ($5000 total purse) he was the elder statesman of surfing whose opinions had clout. At least the Labor party felt that Nat might have some sway with the voters. A couple of weeks later he flanked Gough Whitlam at Labor’s campaign launch – the tall, raw-boned surfer once known as ‘The Animal’ was going all down the line with Gough, the scholarly PM whose meteoric rise was being matched by an equally dramatic demise. The intricacies of this chapter in surfing are expanded upon by Phil Jarratt who I’ve borrowed from heavily in this summary.

Nat Young later ran as an independent for the NSW seat of Pittwater in 1987. He didn’t get in but his ‘Ocean Pollution’ agenda probably helped to ensure that the bigger parties picked up their act on the issue.

What will Wayne Bartholomew, who was once known as ‘Muhammad Bugs’ or simply ‘Rabbit’ or ‘Bugs’ bring to the political arena? As a surfer he was both a fearsome competitor and a flamboyant entertainer – he once surfed nude on the cover of Tracks. During his ten-year tenure as the President (and CEO) of the ASP in the early 2000s Rabbit was instrumental in formulating the ‘Dream Tour’ – a circuit that took the best surfers to the best waves in the world. Later he played an integral behind the scenes role, alongside Wayne Deane, in representing the interests of surfers when the Tweed Sand By-Pass was installed south of the Queensland border at Tweed Heads. In a specific sense, Rabbit helped ensure the sand-spewing pipes were located in positions that might benefit surfers. Anyone who has enjoyed a good wave at the Superbank has much to thank Bugs for. 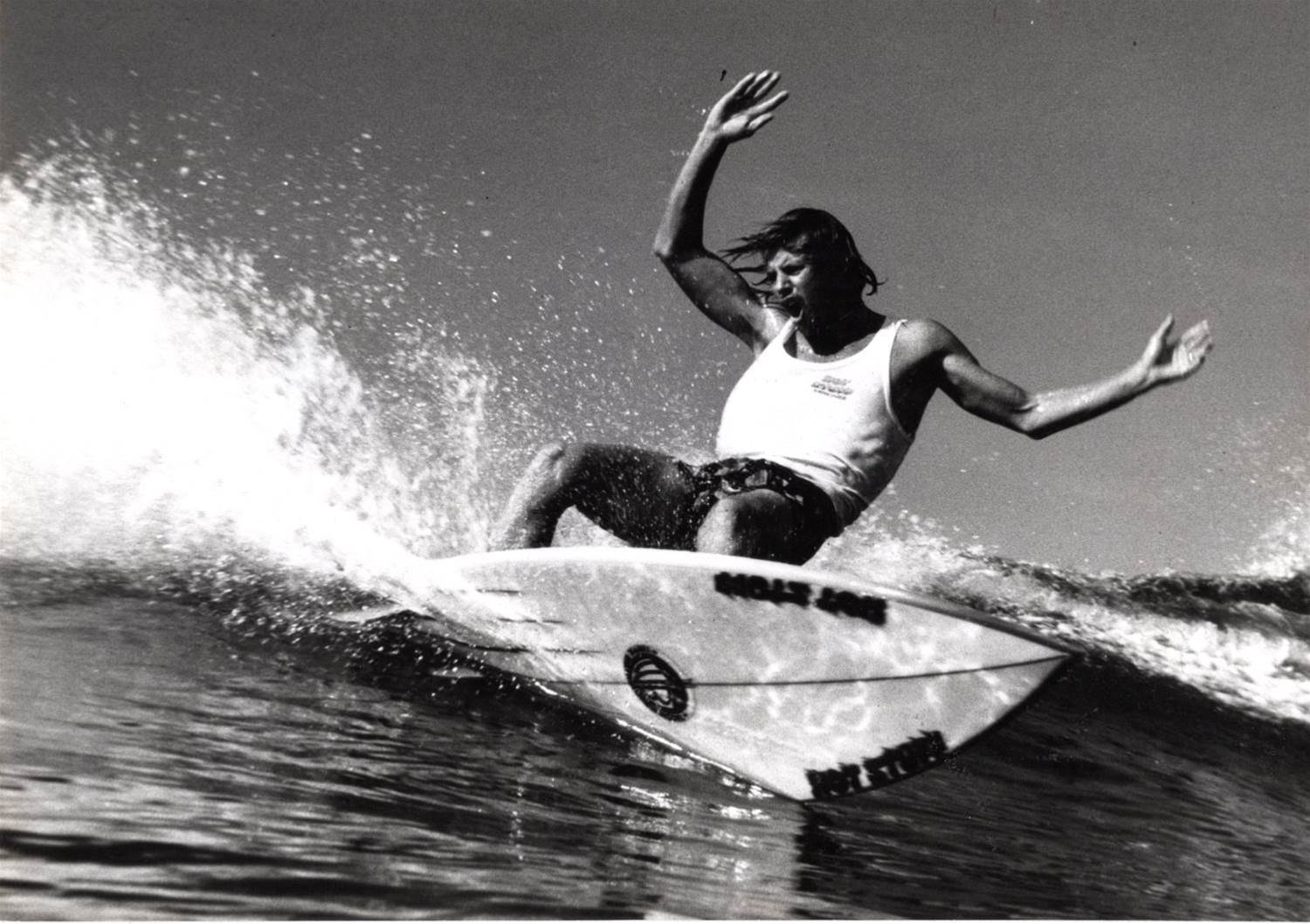 Will Rabbit be as radical and flamboyant in politics as he was in the water?

Rabbit obviously knows his way around political situations in a surfing context, but how will he fare in the bump and grind of state politics? Apparently his biographer, Tim Baker, made a good point when Rabbit announced he was running for the seat of Burleigh. Baker suggested there was no more dirt to dig up on him because it had all been laid bare in the book ‘Busting Down the Door.’ 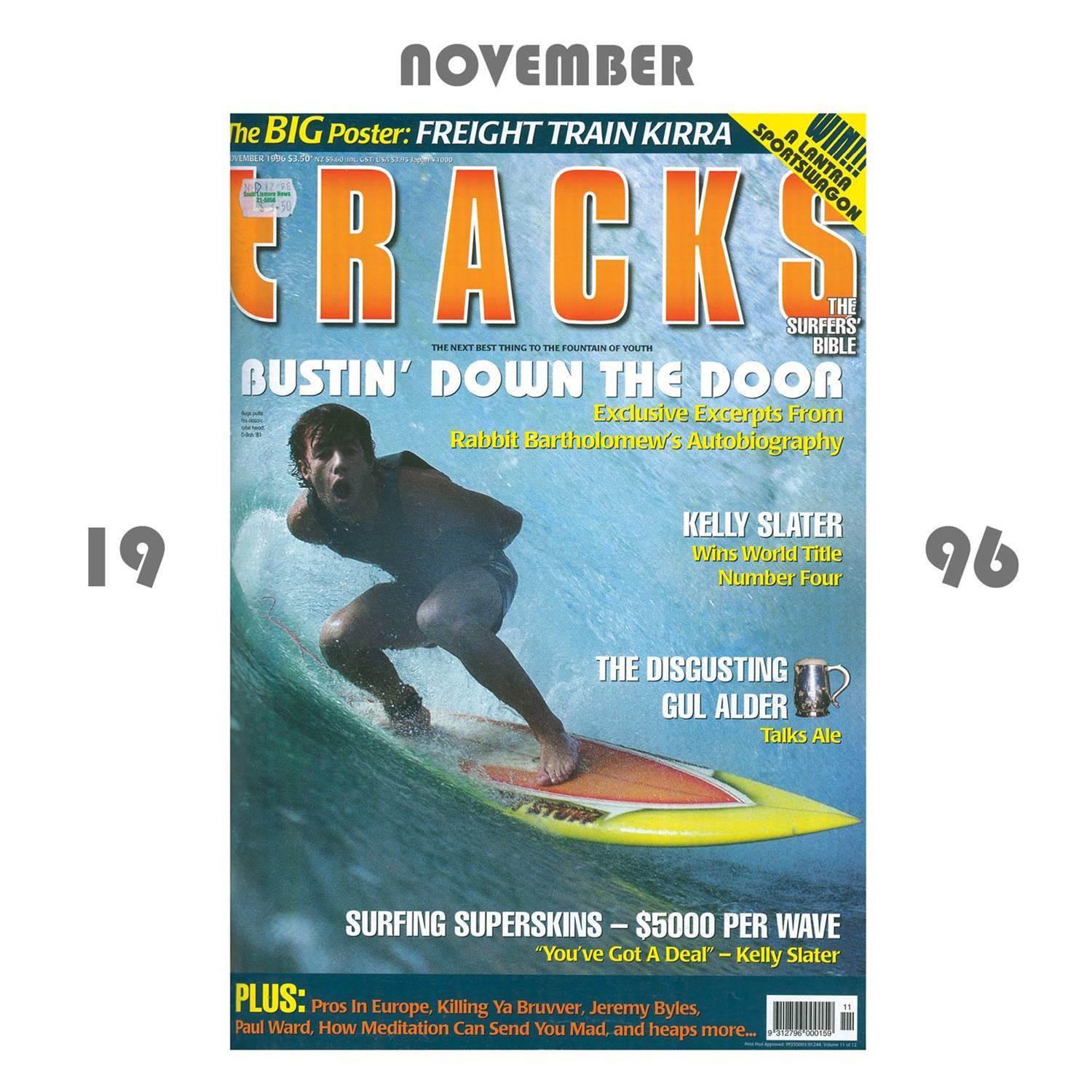 As surfers, irrespective of our party bias, we can only wish Rabbit well and savor the fact that one of our own might represent our salty tribe’s interests in the volatile world of politics. Certainly, it will give surfers a reason to follow the state election news more closely and I personally can’t wait to see if the mainstream press slips in the odd ‘Rabbit’ or ‘Bugs’ to their daily copy. 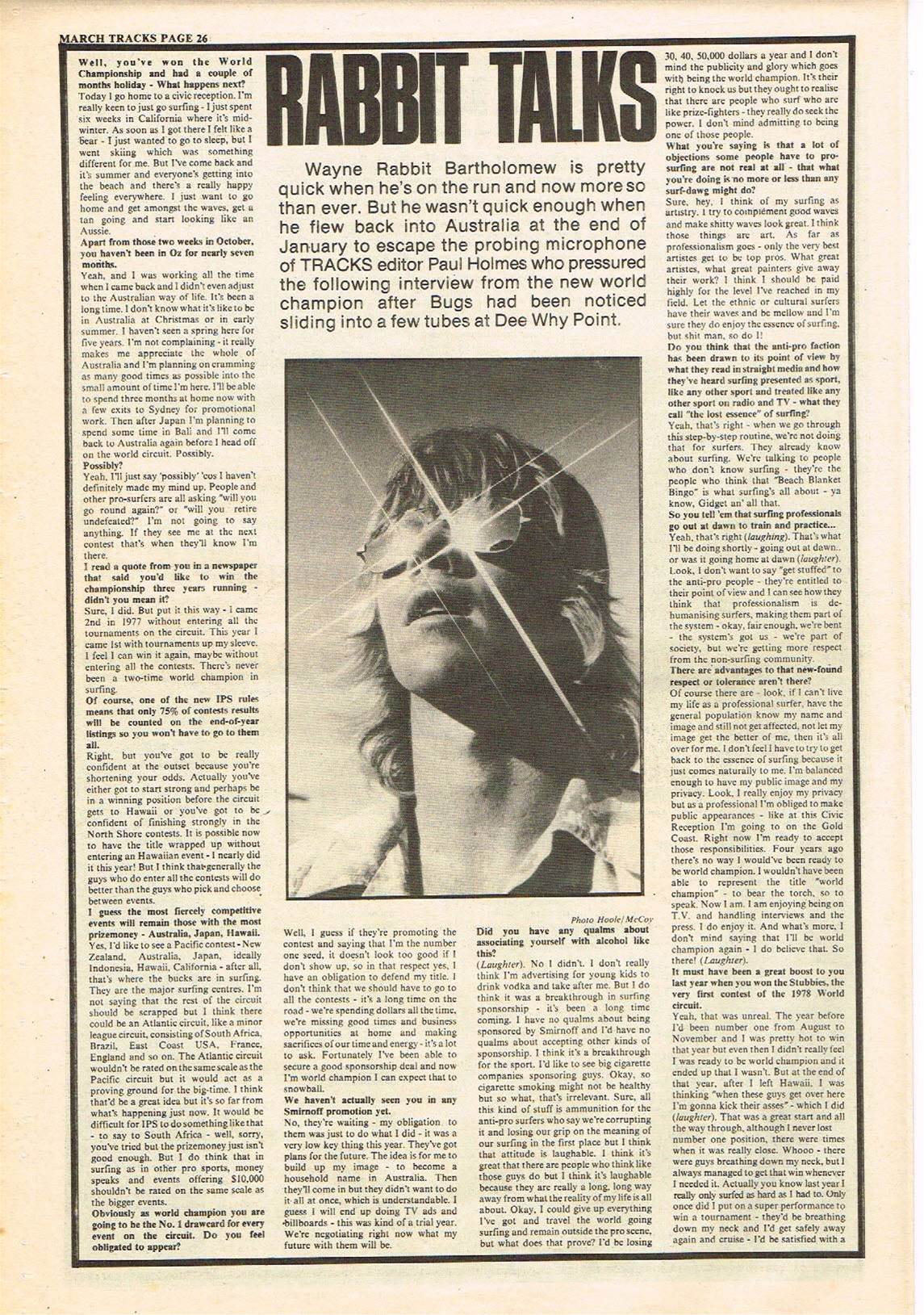