Deniz Tek is the man. He shreds on guitar, sings, writes, paints ...

Deniz Tek is the man. He shreds on guitar, sings, writes, paints and has been a key figure in the underground rock scene for 40 years. To supplement his rock and roll soldiering Tek has worked as a navy flight surgeon and flown back seat in F4 phantoms. When he’s not recording, touring or flying Tek saves lives as an ER surgeon. Despite the full resume Tek is best remembered for his work with Radio Birdmen, the full throttle Sydney outfit who pretty much spawned the independent rock scene in Australia. Tracks spoke to Tek on the eve of a new Radio Birdmen tour to celebrate the release of their back catalogue and some unreleased rarities. Yeah Hup!

Your home town, Ann Arbor, is known as the birth place of proto-punk. What was it like watching the Stooges and the MC5 kick out the jams in the 60s?

I was really lucky to grow up in a place that had such fantastic music all the time. First up we had all the great blues stuff and then we had Motown Records right around the corner. Then like you say in the late sixties and early 70s we had a fantastic rock n roll scene which centred on Ann Arbor and featured those bands you mentioned and guys like Alice Cooper. I was playing in my own high school band but I was going to all the shows and soaking it in.

Were those early Stooges shows as wild as all the stories suggest?

Maybe even more so.  I mean it’s pretty hard to describe it. There’s not a lot that’s out there that comes even close to it now.  In the summertime they’d be free concerts in the park and the Stooges would play there a bunch and also at the Michigan University. I was there when the Stooges supported the MC5. Electra Records were there to see the Five but ended up signing the Stooges. It was interesting because they didn’t really have any songs at that point. They were more into what they called “energy freak outs”. Really more what you would call performance art than rock music.

Did those bands have an immediate impact on you and the direction you wanted to take?

Yeah, for sure. I definitely picked up an attitude from them you know. I didn’t try and go out and emulate what they were doing but I picked up a lot of things from it and the most important thing was the attitude and the idea there aren’t any boundaries.

Iggy was pushing against the peace and love movement of the time.  Did you relate to that?

I didn’t feel a kinship with the hippies at all. I was much more comfortable with what Iggy and Alice Cooper were on about. It was much more real and working class.  For me most of the hippies were privileged kids messing with idealistic ideas. I didn’t like it.  I was one of the fortunate few that completely missed the summer of love because my family took me to Australia for all of 1967.

And then you made Australia your permanent base in 1972. Why the move?

I loved the beach and having grown up in a land-locked city I couldn’t wait to get back there. I was at that age where I wanted to get far away from my parents and my home town. When you’re 17 you want to experience new things and get out on your own and for me that was Australia.

How was the music scene in Australia when you arrived?

There was a lot really good music in Australia in the late sixties but by the time I arrived it had changed. It was pretty terrible. It was more prolonged stoned blues jams, boogie music or Celtic druid music kind of thing. So we had to create our scene.

When Radio Birdmen formed was there anyone else playing high energy rock n roll?

No we were out on our own. The audiences responded really positively to our sound but the clubs and music venues didn’t like it. They would pull the power on us after a few songs and we soon ran out of venues to play. So it became a DIY scene very quickly.  When we first started there was nothing in the same universe as what we were doing. The Saints started up in Brisbane a little after us but we didn’t hear about them until later. By 1977 there was a bunch of bands with a similar sound. And when punk came along everyone wanted us to play their venue.

You’ve been in a bunch of bands since – why do you think those two and half albums you did with Radio Birdmen have stood the test of time and been so influential?

I guess I’d trace it back to that attitude factor we talked about before. That no compromise attitude and I think the songs we wrote were pretty good songs. You know, they’re enduring songs and we always played ’em hard.  Played ’em like it might be the last time.  I think if you put something real out there people respond to it.

Iggy toured here with the remains of the Stooges last year and put on a hell of a show. When you saw him in Ann Arbor did you think he’d be still gigging 40 years later?

Absolutely not. I would have bet you he would have been dead by 1974 or 1975. It’s incredible that he’s been able to keep going so long. It’s really inspirational because I know he has a lot of pain – his body is pretty messed up. But he still puts everything out there and then he suffers for it.

Does it take a lot physically to play a Birdmen show?

Who comes to the gigs these days?

It’s very multi-generational. There are a real limited number of fans who saw us in the 70s who still make it to the shows.  But when you’re that old you don’t want to go out and stay out late and get your ears hammered. Some do, of course. And they bring their kids or even their grandkids. 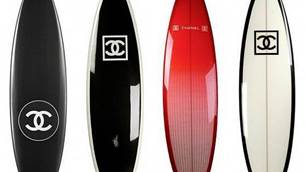 The Collabs Keep Coming aka The X-Men 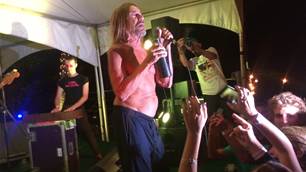 The Night Iggy Pop Played in a Pipeline Backyard 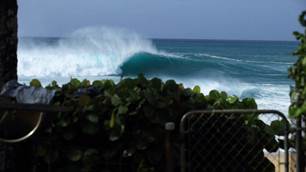 Iggy Pop to Play at Pipe, meanwhile Taj is on the Punt